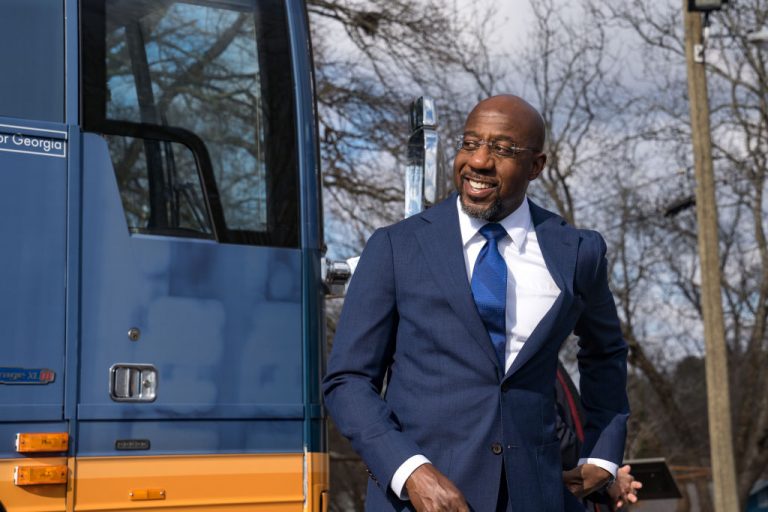 Georgia Democratic senator Raphael Warnock steered $16.4 million in federal earmarks to a project that benefited the co-owner of his controversial low-income apartment complex.

The funding was intended to construct a trail connecting a residential and commercial complex known as “Pittsburgh Yards” with other portions of Atlanta’s BeltLine. The developer of Pittsburgh Yards is Columbia Ventures, part of the Columbia group of companies that co-owns and operates a low-income housing complex with Warnock’s church.

The funding raises questions about whether Warnock’s business relationship with Columbia had any bearing on his funding decision. Warnock did not respond to a request for comment.

Warnock’s Ebenezer Baptist Church, where he serves as senior pastor and CEO, in 2005 “formed a partnership with Columbia Residential to rehabilitate [a] dilapidated high-rise” and turned the building into low-income apartments. Ebenezer and Columbia are co-owners of the business through a joint venture, with Ebenezer owning 99 percent and Columbia owning the remaining 1 percent, according to a state grant application filed by the entities in August.

Last November, Warnock and Sen. Jon Ossoff (D., Ga.) announced that they had helped secure the funding for the trail project, which would “construct approximately two miles of the Southside Trail component of the Atlanta BeltLine from Pittsburgh Yards to Boulevard Crossing Park.”

“When we connect our communities with pedestrian and bike trails, we provide a pathway for residents to enjoy local green spaces and invest in small businesses,” said Warnock in a press release. “We bolster social and economic mobility for hardworking Georgians when we make strong federal investments in projects like the Atlanta BeltLine, and I look forward to securing more infrastructure investments like this one for other vital transportation projects in Atlanta and across our state.”

Atlanta’s BeltLine, which has been under construction since 2010, has been a lucrative project for property developers and led to a spike in property values. Columbia Residential and its sister company Columbia Ventures have worked on multiple developments along the trail, which when completed is supposed to loop around the city and connect neighborhoods through a light rail. The $16.4 million earmarked by Warnock, from the U.S. Department of Transportation, funded a “critical” segment of the trail that connected the “Eastside and Westside of the BeltLine” starting at Pittsburgh Yards, according to the Atlanta Business Chronicle.

One of the more ambitious projects is Pittsburgh Yards, a 31-acre mixed-use development that includes commercial and residential buildings. The property is owned by the Annie E. Casey Foundation and was developed in partnership with Columbia Ventures.

“Pittsburgh Yards and the Annie E. Casey Foundation, the primary funder of Pittsburgh Yards, are nonpartisan entities and did not, nor would not, have conversations that are political in nature,” said Betsy Helgager Hughes, a spokeswoman for Pittsburgh Yards. “We also do not provide comments or commentary regarding the position of other businesses.”

Warnock’s church apartment complex has become an issue in his race against Republican challenger Herschel Walker ahead of Georgia’s Dec. 6 Senate runoff. Walker launched an ad campaign last week raising concerns about evictions and living conditions at the building.

Columbia Residential, which manages the apartments, has filed eviction proceedings since the start of the pandemic against over a dozen residents, including one tenant who owed just $28.55 in late rent, the Free Beacon first reported. The apartment building has also been hit with multiple city code violations over rodent and bug infestations, overflowing trash rooms, and mold issues, according to records obtained by the Free Beacon.