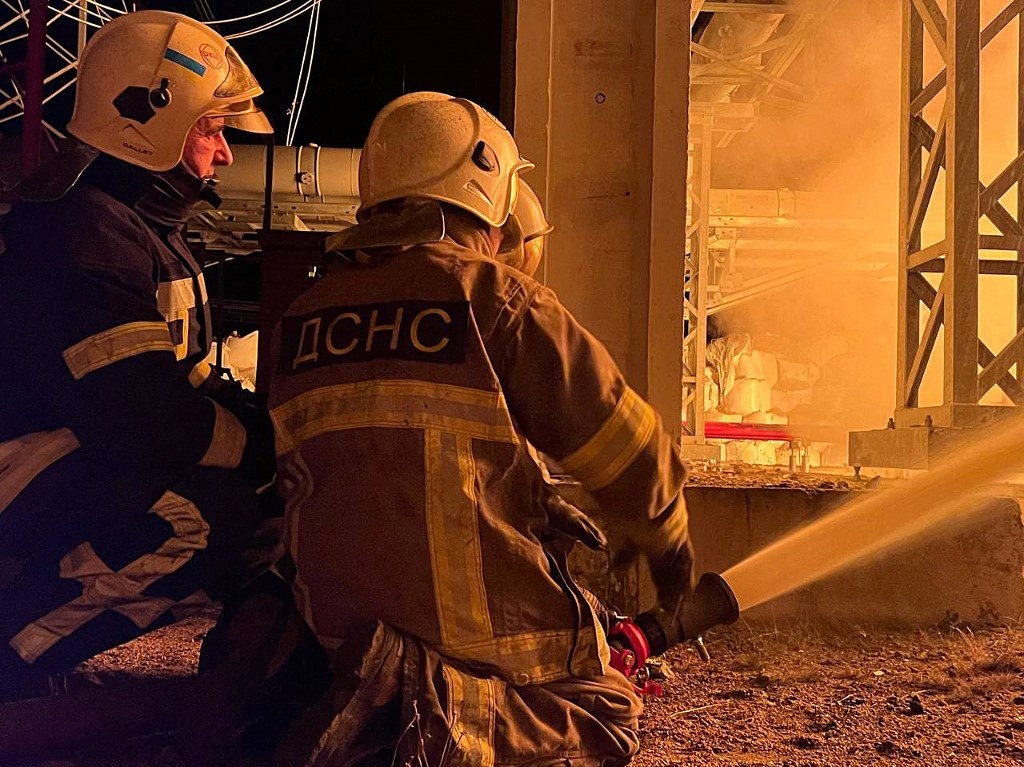 Russia launched a new wave of missile strikes at Ukrainian energy grid and heating infrastructure on Wednesday, Nov. 23, cutting power in at least a dozen regions and leaving millions without electricity.

The cruise missile attacks began with the 12:40 p.m. launch of weapons from ten Tu-95 bombers in airspace over Russia’s western Rostov region. The first missiles impacted at 1:30 p.m. and the last at 3:00 p.m. There were no early reports on the number of missiles fired. The base missile load of a Tu-95 is six weapons.

Multiple explosions were reported in Kyiv’s northern Darnytskyi District. Eyewitnesses and social media reported at least one strike in the vicinity of a heating plant. Windows were reportedly blown out in some buildings.

The blasts triggered repeated power breaks and blackouts across Kyiv region. Cuts in internet service were reported at multiple locations across the city, and water service at some locations.

A single “critical infrastructure facility” had been hit, said Kyiv Mayor Vitaly Klitschko. An announcement by the Kyiv regional defense command said a second missile hit a multi-story apartment building in the bedroom community of Vyshhorod, according to the UNIAN news agency.

At least two persons were injured but casualty counts were still in progress, said Andriy Nebitov, a Kyiv city police spokesman in a statement. Images from the scene showed two corpses and an apartment courtyard on fire. Later Kyiv city officials said one person died and a second was injured. Unconfirmed social media reports said at least three people were killed and six were injured.

Commenting as the Kyiv strikes were in progress, Kyrylo Tymoshenko, a spokesman for Ukraine’s Office of the President, said: “Right now, the enemy continues to attack energy facilities. We have confirmation of hits on critical infrastructure objects in several regions…We do everything possible to ensure that people have access to electricity and that our specialists are able to repair the energy infrastructure. Stay in shelters, the danger is not over!”

Armed Forces of Ukraine (AFU) units shot down at least one incoming missile over Kyiv, news reports said. Another weapon hit and destroyed itself in the Dnipro River, but it was not clear whether the missile was shot down or flew into the water on its own, the UNIAN news agency reported. Social media showed X-101 missiles in airspace above the city.

The south Ukraine atomic power station, near the town Yuzhnoukrainsk in the southern Mykolaiv region, halted electricity production, a report in the Odesa-based Dumska news agency said. The switch-off was a preventative move necessitated by low output levels elsewhere in the power grid, the UNIAN news agency reported.