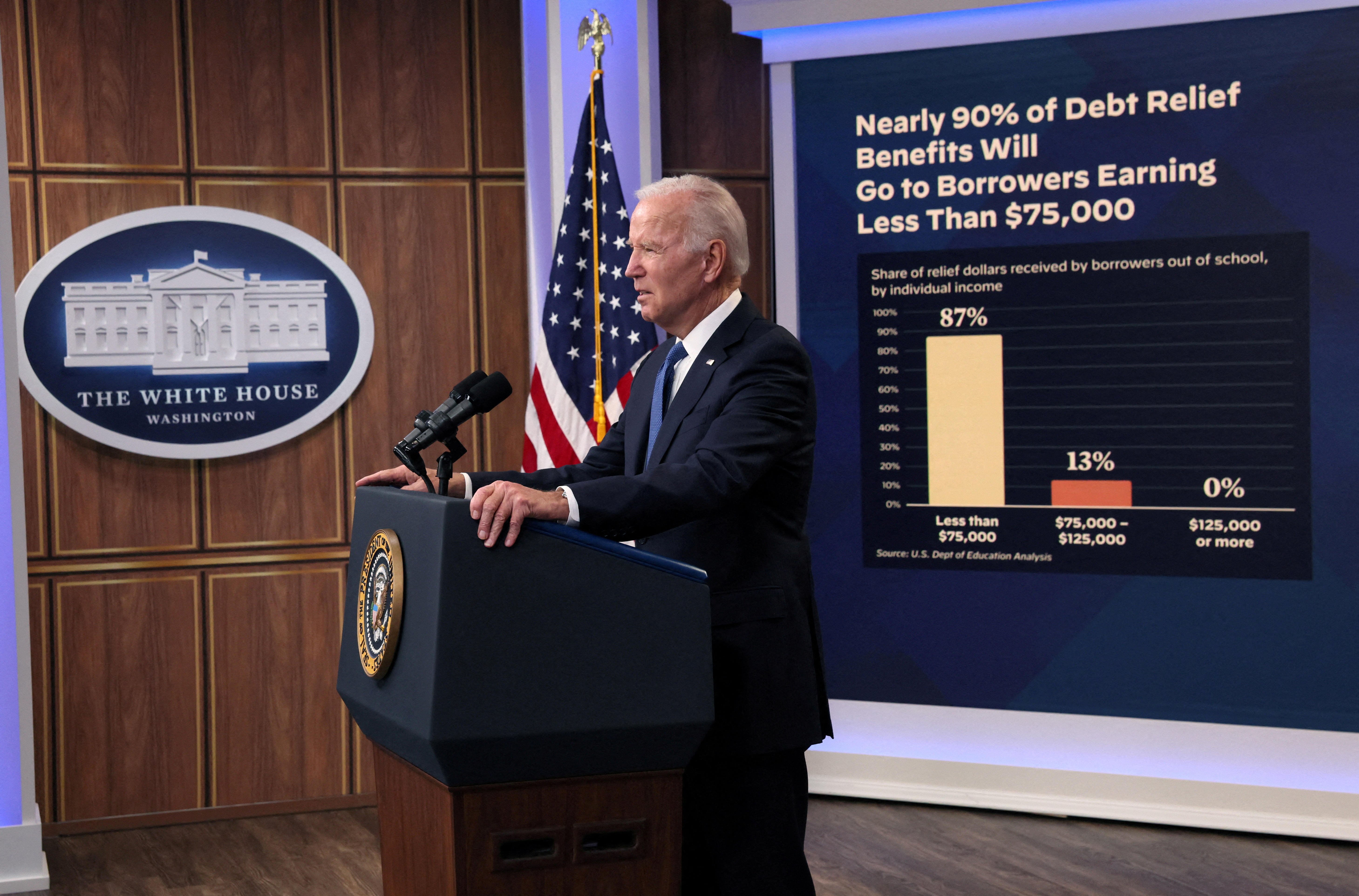 Six states on Wednesday asked the U.S. Supreme Court to reject President Joe Biden’s bid to reinstate his plan to cancel billions of dollars in student debt that they have argued exceeded his administration’s authority.

The states – Arkansas, Iowa, Kansas, Missouri, Nebraska and South Carolina – filed a response to the Biden administration’s request for the justices to lift a lower court’s injunction halting the program while litigation over its legality continues. Five of the six states are Republican governed while the other, Kansas, has a Republican attorney general.

In their filing, the states said Biden’s administration is trying to “assert power far beyond anything Congress could have conceived.” The administration has said the Nov. 14 decision to block the plan leaves millions of economically vulnerable borrowers in limbo.

In a policy benefiting millions of Americans, Biden announced in August that the U.S. government would forgive up to $10,000 in student loan debt for borrowers making less than $125,000 a year, or $250,000 for married couples. Students who received Pell Grants to benefit lower-income college students will have up to $20,000 of their debt canceled.

The Congressional Budget Office in September calculated that the debt forgiveness would cost the government about $400 billion.

The states challenging the policy argued in their lawsuit that the debt cancellation plan intruded upon congressional authority and threatened future state revenues and money earned by state entities that invest in or service student loans.

A federal judge dismissed their case for lacking legal standing, but the St. Louis-based 8th U.S. Circuit Court of Appeals blocked the program while it hears an appeal by the states.

Biden’s administration told the Supreme Court that the 8th Circuit’s decision leaves borrowers “uncertain about the size of their debt and unable to make financial decisions with an accurate understanding of their future repayment obligations.”

The administration also suggested that the justices could bypass the 8th Circuit and hear the dispute itself on an expedited basis, with a decision by the end of June.

While expressing confidence in the legality of his plan, Biden on Tuesday extended a pause in student loan repayments – begun during the COVID-19 pandemic – to no later than next June 30. That timing, Biden said, would give the Supreme Court time to decide the case before the pause ends.

Several legal challenges have been filed contesting Biden’s authority to cancel the debt under a 2003 law called the Higher Education Relief Opportunities for Students Act, which lets the government modify or waive federal student loans during war or national emergency. Biden’s administration asserts that the pandemic represented such an emergency.

The policy fulfilled a promise that the Democratic president made during the 2020 presidential campaign to help debt-saddled former college students.