(Reuters) -Ukrainian President Volodymyr Zelenskiy appealed to the United Nations Security Council on Wednesday to take action to stop Russian air strikes targeting vital infrastructure that have once again plunged Ukrainian cities into darkness and cold as winter sets in. 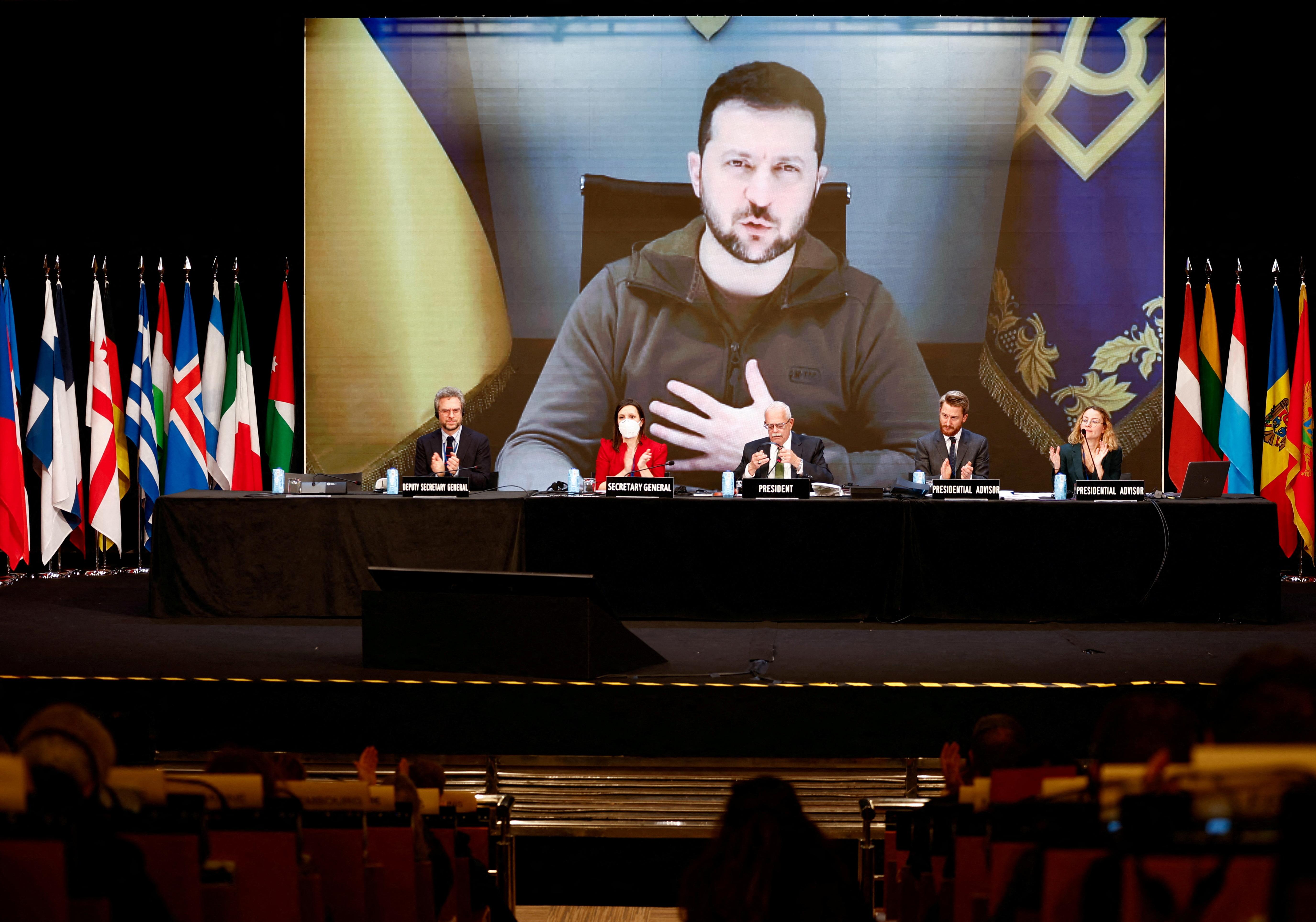 FILE PHOTO: Ukraine’s President Volodymyr Zelenskiy is seen on the screen as he speaks during the 68th Annual Session of the NATO Parliamentary Assembly in Madrid, Spain, November 21, 2022. REUTERS/Juan Medina/File Photo

Russia unleashed a missile barrage across Ukraine earlier in the day, forcing shutdowns of nuclear power plants and killing civilians in Kyiv.

“Today is just one day but we have received 70 missiles. That’s the Russian formula of terror,” Zelenskiy said via video link to the council chamber in New York, adding that hospitals, schools, transport infrastructure and residential areas had all been hit.

Ukraine is waiting to see “a very firm reaction” to Wednesday’s air strikes from the world, he added.

The council is unlikely to take any action in response to the appeal since Russia is a member with veto power.

Zelenskiy called for Russia to be denied a vote on any decision concerning its actions.

“We cannot be hostage to one international terrorist,” he said. “Russia is doing everything to make an energy generator a more powerful tool than the U.N. Charter.”

The Russian president “will try to freeze the country into submission,” she added.

Russia’s U.N. ambassador Vasily Nebenzya was present at the meeting but did not immediately have an opportunity to respond.

“Today the Ukrainians, frightened by our attacks on infrastructure, requested an urgent meeting of the U.N. Security Council,” Polyansky wrote on Telegram.