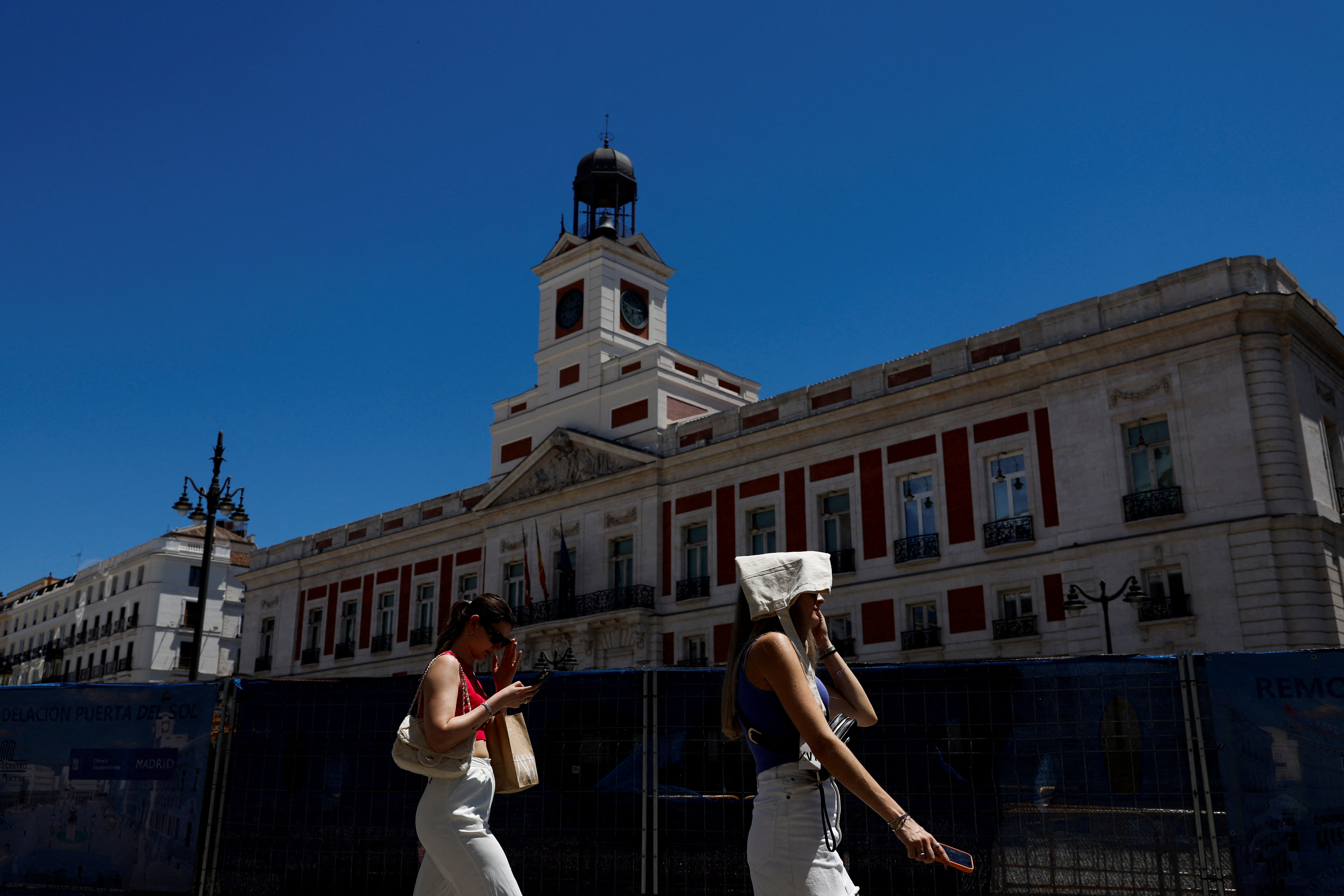 A woman covers her head with a bag as she walks at Puerta del Sol square during a hot day as Spain braces for a heatwave in Madrid, Spain, June 10, 2022. REUTERS/Susana Vera/File Photo

Temperatures hit nearly 40 degrees Celsius or above from Paris to London in 2022 and climate scientists from the World Weather Attribution group found that such high temperatures would have been “virtually impossible” without climate change.

A heatwave in 2003 caused more than 70,000 excess deaths across Europe, largely in France, and led many countries to implement measures such as early warning systems, asking people to check on others and opening air-conditioned schools.

This and related action plans may have eased some of the impact of heatwaves in 2022, but the death toll was still “higher than expected,” Chloe Brimicombe, a heatwaves researcher at the University of Graz in Austria, said.

“I consider this … the most impactful heatwave since 2003,” she told Reuters.

Because authorities do not attribute most deaths directly to heat, statisticians use the excess formula to give an estimate, looking at how many more people died in a given period than would be expected compared with a historical baseline.

Heat can kill by inducing heatstroke, which damages the brain, kidneys and other organs, but it can also trigger other conditions such as a heart attack or breathing problems.

The World Meteorological Organization said this month that Europe had warmed more than twice as much as the rest of the world over the past three decades, while the Copernicus Climate Change Service said summer 2022 was the hottest on record.

France reported about half of the summer’s excess deaths in Western Europe, with 10,420 fatalities in total.

Excess deaths reached 3,271 in England and Wales during the summer, Britain’s Office of National Statistics reported.