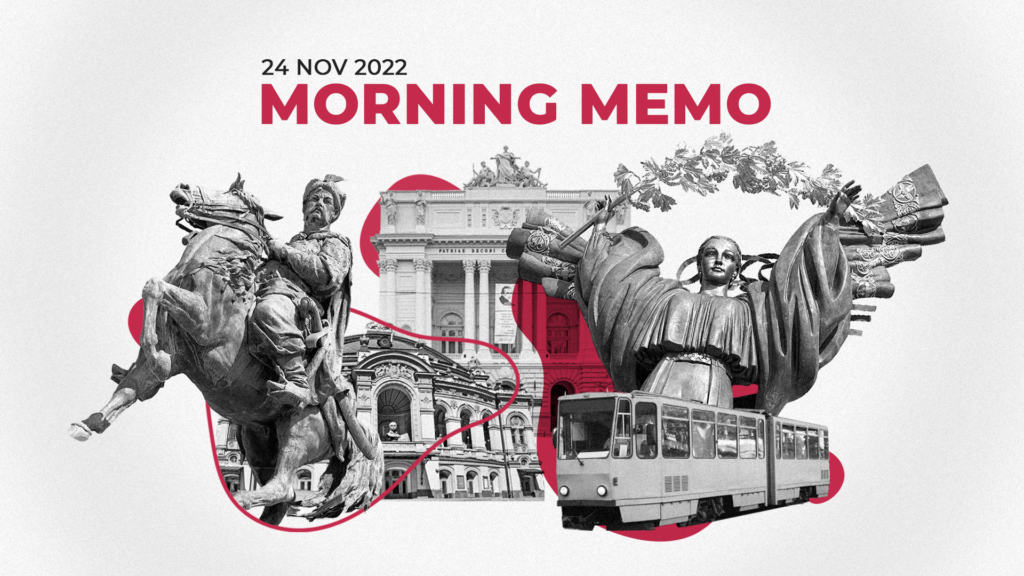 Good morning from Kyiv where the city – and the rest of Ukraine – is reeling from yet another barrage of Russian missiles targeting civilian infrastructure.

Today is basically a clean-up operation to fix everything caused by yesterday’s strikes, as mentioned above.

Russia’s continued attacks mean millions of Ukrainians were left without water and power overnight as the country’s already damaged and struggling infrastructure took yet another pounding.

In Kyiv there were water and electricity cuts and overnight, 70 percent of the city was without electricity as temperatures hovered just above freezing.

As of the morning of Thursday, Nov. 24, water was on tap again on the left bank of the Dnipro River. Kyiv Mayor Vitaliy Klitschko said those living on the right side of the city should have water “in the first half of the day”.

You can read more on this story here.

What has Zelensky said?

Rather than his usual daily address, on Wednesday evening President Zelensky spoke to an emergency meeting of the UN Security Council (UNSC), calling Russian air strikes on Ukraine’s battered power grid an “obvious crime against humanity”.

“When we have the temperature below zero, and scores of millions of people without energy supplies, without heating, without water, this is an obvious crime against humanity,” he said.

The UN Security Council is unlikely to be able to do anything to alleviate Ukraine’s situation given Russia is a permanent member with the power of veto over any proposals, something Zelensky was keen to highlight.

“This is nonsense that the veto right is reserved for the one who is waging a criminal war,” he said.

“Justice must be restored within the UN structures themselves. The terrorist state should not participate in any voting on the issues of its aggression, its terror.

“The world should not be held hostage by one international terrorist.”

What’s the situation on the front lines?

Although they’re being moved to key areas of the battlefield, the MoD notes units have been reinforced with mobilised reservists and “these poorly trained personnel will dilute VDV’s supposedly elite capability”.

It adds: “Potential operational tasks for the VDV include supporting the defence of the Kremina-Svatove area in Luhansk Oblast or reinforcing offensive operations against the Donetsk Oblast town of Bakhmut.”

The Institute for the Study of War’s daily assessment covers a multitude of topics, most notably:

And that’s it for today’s Morning Memo. Kyiv Post will bring you the latest news throughout the day and we’ll be back with another edition tomorrow.