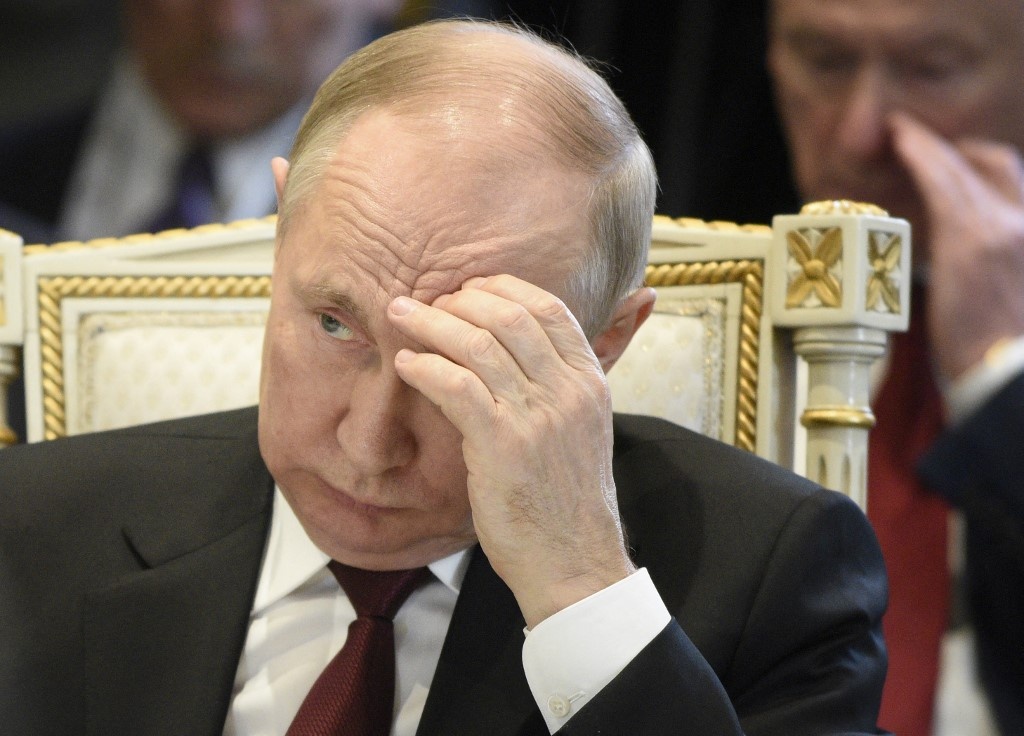 While Russia has failed spectacularly on the battlefield since reinvading Ukraine, its officials and propagandists have, it seems, absolutely excelled themselves in the sphere of truly delusional motivational speeches.

In honour of this dubious achievement. and prompted by a certain press secretary’s recent comments on the “special operation”, Kyiv Post has compiled a short list of the best “everything is fine” comments, when it very clearly isn’t…

There are more than a few things to note here, not least that the “special operation” was supposed to have been successfully completed with the total subjugation of Ukraine waaaaaaay back in March, so to describe it as “successful” is a bit of a stretch.

Also worth mentioning is the fact that Russia was recently forced to retreat yet again, this time from Kherson, the only regional capital it had managed to capture during the entire reinvasion.

The words “in general” are doing some very heavy lifting here given that Russia had intended to take over Kyiv in the first few days of the invasion.

Instead, on the day Shoigu said everything was going to plan, Russia announced it would be withdrawing from Kyiv Region after realising it simply could not take the capital and it was suffering heavier losses than even their most pessimistic commanders had feared.

Just three days later Ukraine retook control over the whole of Kyiv Region, marking Russia’s biggest defeat of the war up to that point.

There would be many more to come…

Such was the absolute thrashing the Russian army received in the Kharkiv counteroffensive that Russian propagandist Andrey Medvedev had to reach back over 100 years in an attempt to find a historical episode from which he could try and find a glimmer of hope.

Speaking of the 1915 Great Retreat during World War One, during which Russia strategically withdrew from the Eastern Front, he wrote: “The Russian army was withdrawing not only from Galicia. It was leaving the empire’s territory – Poland and the Baltics. And, leaving Galicia, the army withdrew another 300,000 Ruthenians, Russian Galicians. Denikin’s units held the bridge over which refugees marched.

“Then there was 1916 and the Brusilov breakthrough. Then, there was to be victory. And from a military point of view, the Great Retreat was not a disaster.”

At the time of writing there is no indication that Russia’s decimated army of demoralised conscripts is capable of a modern-day Brusilov breakthrough.

Nor does Medvedev mention that just two years after the Great Retreat, Russia descended into the throes of a devastating civil war.

If you look up the word “deluded” in the dictionary, there’s a very good chance you’ll just see a picture of Russia Today Editor-in-Chief Margarita Simonyan.

Posting on social media this month, she wrote: “The day will come when we will once again arrive in hospitable, cheerful, bright and well-fed Kyiv.

“Our husbands will be craning their necks again, looking at the black-browed Oksana. We’ll all be singing Ukrainian songs in chinks at three unfamiliar tables again.”

Given that Russians arriving in Ukraine this year have mostly been met with artillery, HIMARS and soldiers whose sole aim it is to drive them out, the day that Simonyan is referring to appears to be quite a long way off.

Intriguingly for a man intent on capturing the whole of Ukraine in a matter of days, Putin waited until July to let the world know that, apparently, Russia had just been chilling and hadn’t even put much effort into the “special operation” yet.

He said: “Today, they [West] want to defeat us on the battlefield. Well, what can I say? Let them try. But everyone should know that we have not started anything serious yet.”

The thing is, Russia had thrown – and then subsequently lost – quite a bit of manpower and machinery into this effort. According to the General Command of Ukraine, the Russian army lost  36,650 servicemen, 1,602 tanks, 667 drones, and 155 cruise missiles up to this date.

Oh, and there’s the small matter of at least nine generals being killed during the same period, an incredible loss of top military brass the likes of which hasn’t been seen since World War Two.

When you launch an invasion in February and expect it to be successfully completed in a matter of days, by the time August rolls around you might ask yourself “where did things go wrong?”

Not Russian Defense Minister Sergei Shoigu though, who saw absolutely nothing wrong with telling the whole world that, according to him, things were absolutely fine and he was totally cool with it all.

Without a hint or any irony, he said: “The operation in Ukraine is going according to plan. All tasks will be fulfilled.

“The slowdown of the offensive during the special operation is a conscious decision driven by the desire to minimize civilian casualties.”

Russia has redefined a number of things over the course of 2022, not least the meaning of the words “gesture of goodwill”.

Russian forces were forced to abandon the strategically important Snake Island on June 30, fleeing in small speed boats as Ukraine shelled them. This followed days of strikes on the island, giving the occupying Russians there little choice but to abandon it.

Quite where the “goodwill” fits into things still remains unclear.