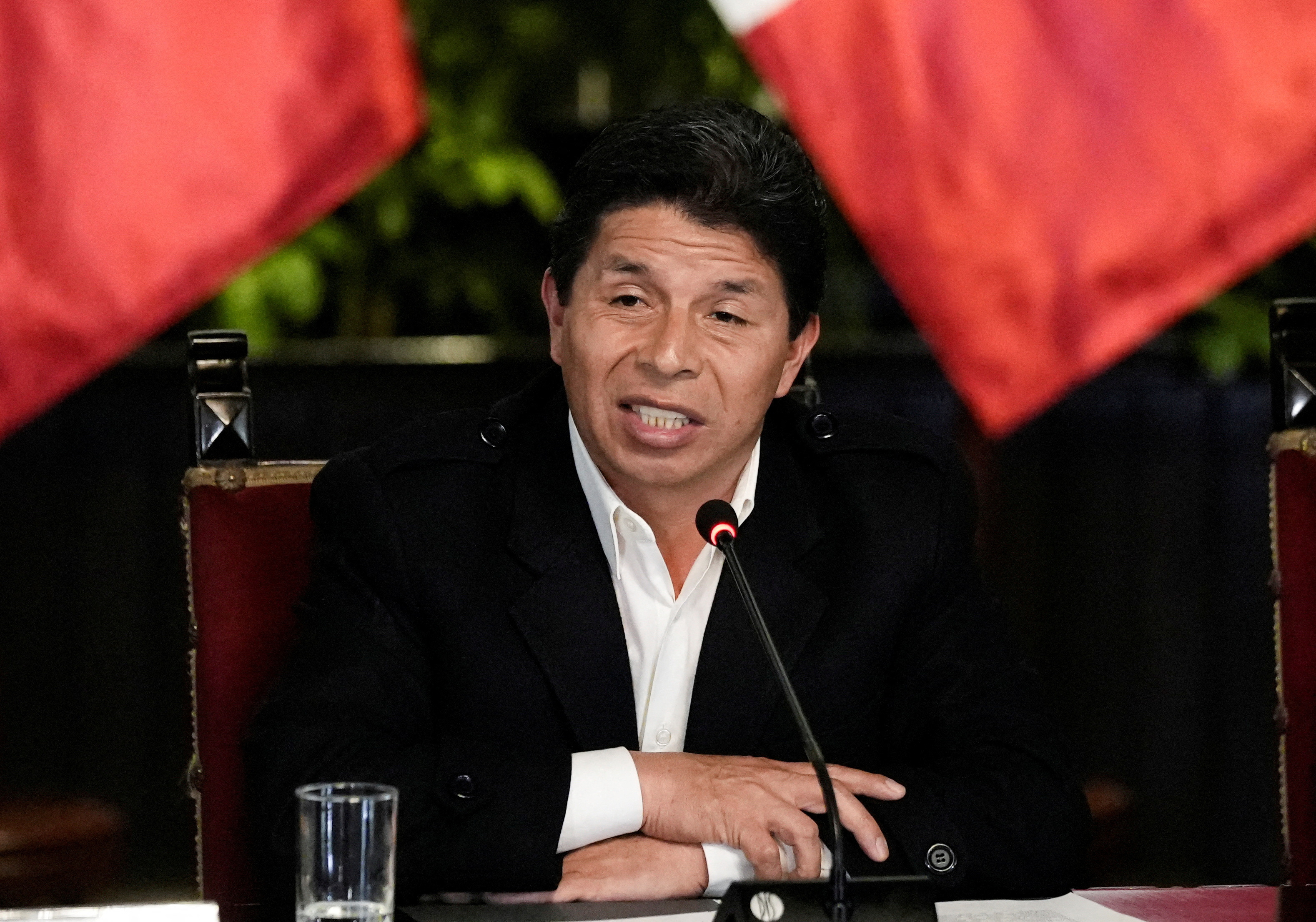 Peruvian opposition lawmakers said on Friday that President Pedro Castillo is trying to dissolve the legislature, as he named a new prime minister after suggesting Congress had fired his previous one despite not holding a vote on the matter.

Castillo named Betssy Chavez as new prime minister, a close ally and lawmaker who has previously served as minister of culture.

Peru is mired in a long-standing clash between its independent state powers, which deepened on Thursday on Castillo’s decision to reshuffle his Cabinet after Congress rejected his request for a confidence vote, claiming legal requirements were not met to hold it.

“There is an executive coup underway to shut down Congress,” conservative lawmaker Carlos Anderson told Reuters.

The confidence vote request was meant to pressure Congress with high-stake consequences including firing the Cabinet and dissolving parliament.

Castillo said denying the request was similar to Congress holding a no confidence vote and accepted his prime minister’s resignation on Thursday.

Castillo has previously said the legislature and the attorney general have attempted coups against him through impeachment attempts and criminal investigations, respectively.

According to the Constitution, if Congress issues a vote of no confidence, the entire Cabinet should resign. If Congress then issues a second no confidence vote, the president is entitled to dissolve parliament and call for legislative elections.

“It is what the President is openly seeking,” legislator and retired military officer Roberto Chiabra, of the conservative Alliance for Progress party, told Reuters.

Outgoing Prime Minister Anibal Torres has denied that the confidence vote request was intended to shut down Congress.

Castillo has survived two impeachment attempts and right-wing opposition legislators are scrambling for support to launch a new impeachment trial against him, though they have acknowledged they do not have sufficient votes.

In 2019, centrist President Martin Vizcarra dissolved Congress after two votes of no confidence in an intense spat with the opposition. The following year, a new Congress ousted Vizcarra amid allegations of corruption.