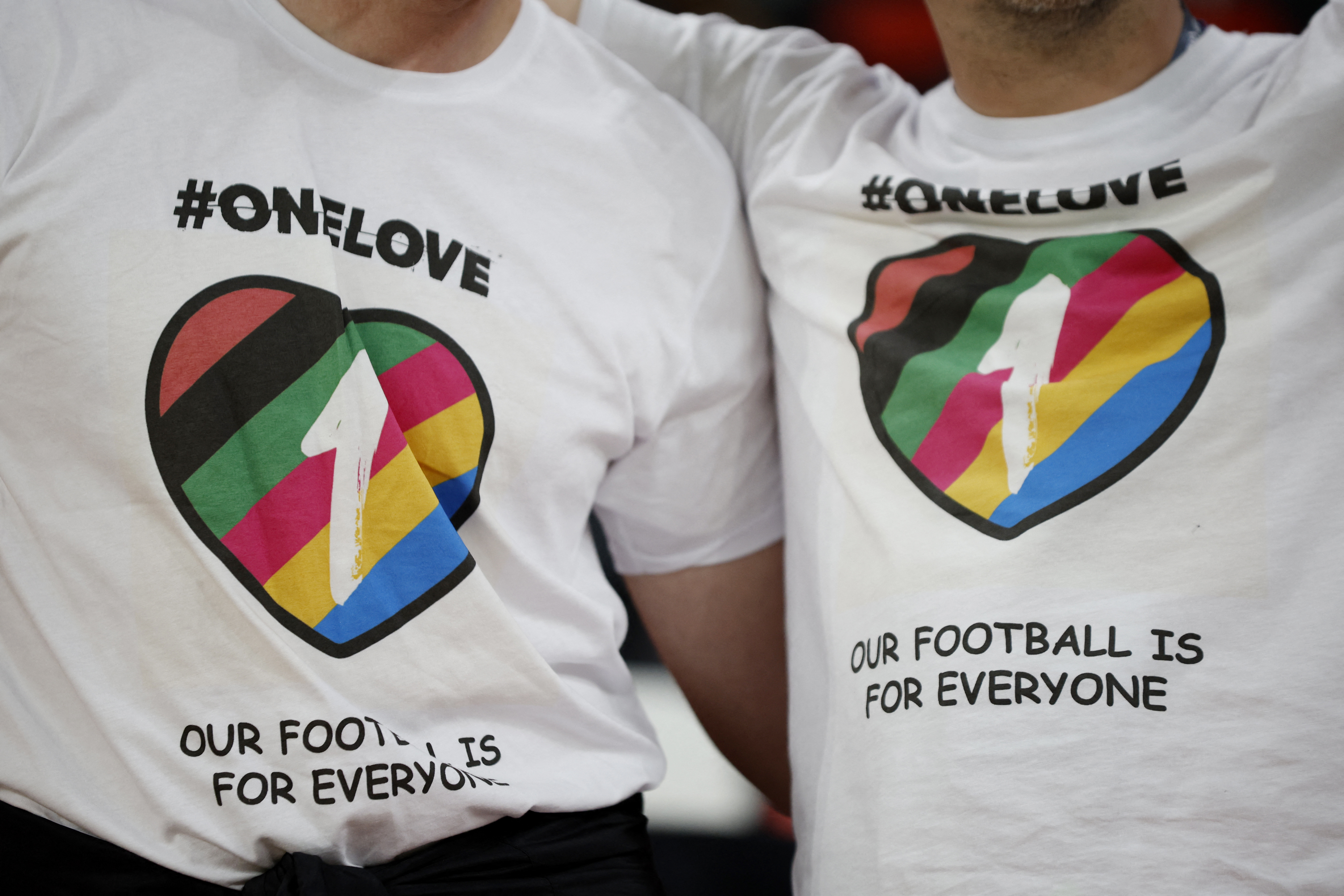 Germany replaced the logo of a supermarket chain that pulled its sponsorship over the ‘OneLove’ diversity armband controversy with that of the armband itself at their World Cup press centre on Friday.

The background wall of the German press conference room that displays all the team’s sponsors at their training base in north Qatar on Friday included the ‘OneLove’ logo and rainbow in place of the REWE supermarket chain that pulled out.

The space is not open to the public and only to accredited media.

The armbands, intended to send a message of tolerance, connection and opposition to all forms of discrimination, have been in the global spotlight since FIFA threatened several European team captains with sanctions if they wore them to support LGBTQ people in Qatar, where homosexuality is illegal.

Germany initially said team captain Manuel Neuer would wear the armband but they made a U-turn after the FIFA threat a day before their first game at the World Cup on Wednesday.

As a result of Germany backing down, major grocery chain Rewe scrapped its advertising campaign with the German Football Association (DFB).