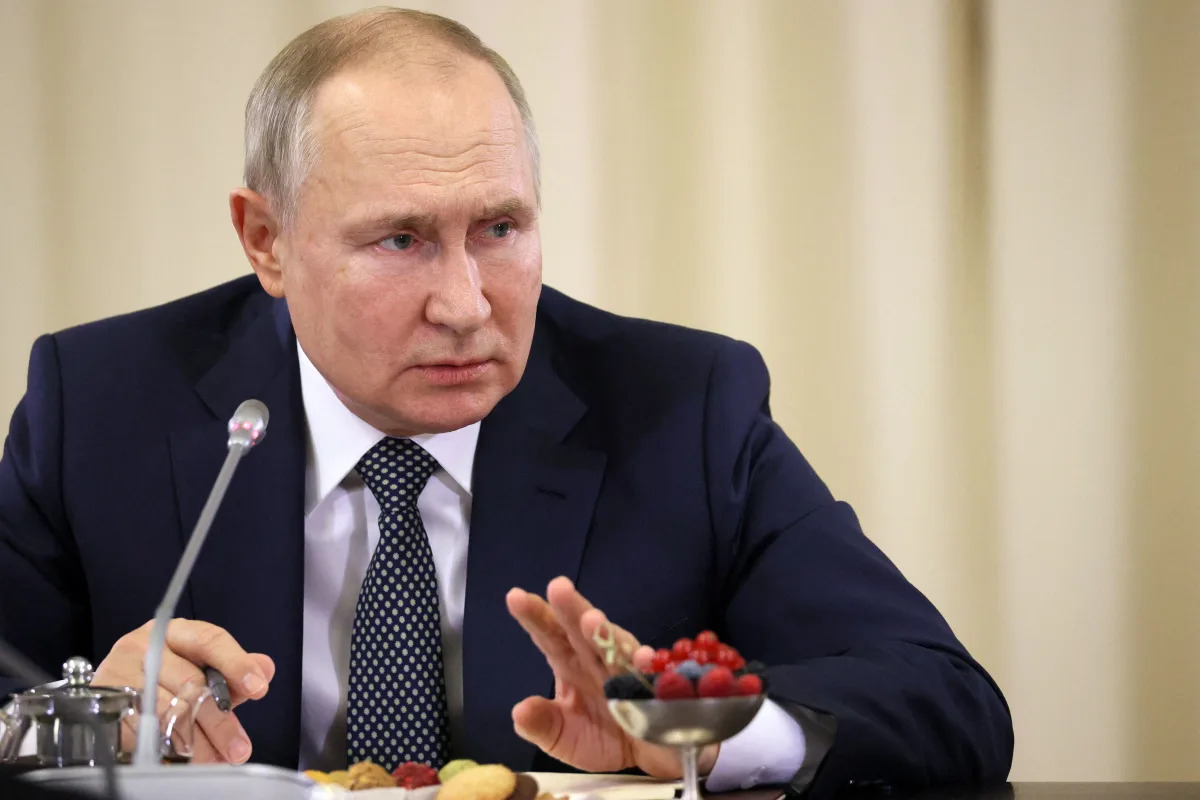 General Sir Richard Shirreff said: ‘Where does Russia go? I think downhill all the way.’

Vladimir Putin’s Russia could “come apart at the seams” within the next five years, one of the UK’s top military experts has said.

It comes as Putin continues to suffer setbacks in his disastrous war in Ukraine, with troops having been forced into a humiliating retreat from Kherson this month.

General Sir Richard Shirreff, a retired senior British Army officer and former Nato deputy supreme allied commander in Europe, said Putin’s grip on Russia is in “jeopardy” as Ukrainian advances continue and he is seen to have lost the war.

Sir Richard, asked on Times Radio where Russia goes from here, said: “Putin has lost this war and it’s going to take time for him for a penny to drop.

“Where does Russia go? I think downhill all the way.

“I think Putin’s position is going to become increasingly in jeopardy. I think the stresses and strains on Russia, on the Russian Federation, as Putin is seen increasingly to be defeated [and] loses face massively, are going to be really significant.

“Again, I wouldn’t put it too far outside the realms of possibility to say, frankly, the Russian Federation could come apart at the seams over the next five years or so.”

Sir Richard added of Ukraine’s fierce resistance: “The Ukrainian aim is very simple: to regain every ounce, every centimetre, of Ukrainian territory… including Crimea. I would put money on them achieving that, probably at least being able to invest northern Crimea by late spring next year.” Crimea was illegally annexed by Putin in 2014.

In September, Putin announced a “partial mobilisation” of 300,000 extra troops to fight, in a major escalation of the war.

But in an intelligence update on Friday, the UK’s Ministry of Defence said their deployment has been “characterised by confusion”: including over eligibility for service, inadequate training and personal equipment, and “commitment to highly attritional combat missions”.

It added many of the reservists have been “compelled to serve with serious, chronic health conditions” and that there have been high numbers of casualties.

“The Kremlin will likely be concerned that an increasing number of reservists’ families are prepared to risk arrest by protesting against the conditions their relatives are serving under,” the update concluded.

On Friday, Putin met mothers of dead Russian soldiers, telling them “we share your pain”.

In an apparent attempt to counter online reporting about Russia’s struggles, Putin also said: “You can’t trust anything there at all, there are all sorts of fakes, deception, lies.”

Read more: Is Vladimir Putin suffering from a serious illness?