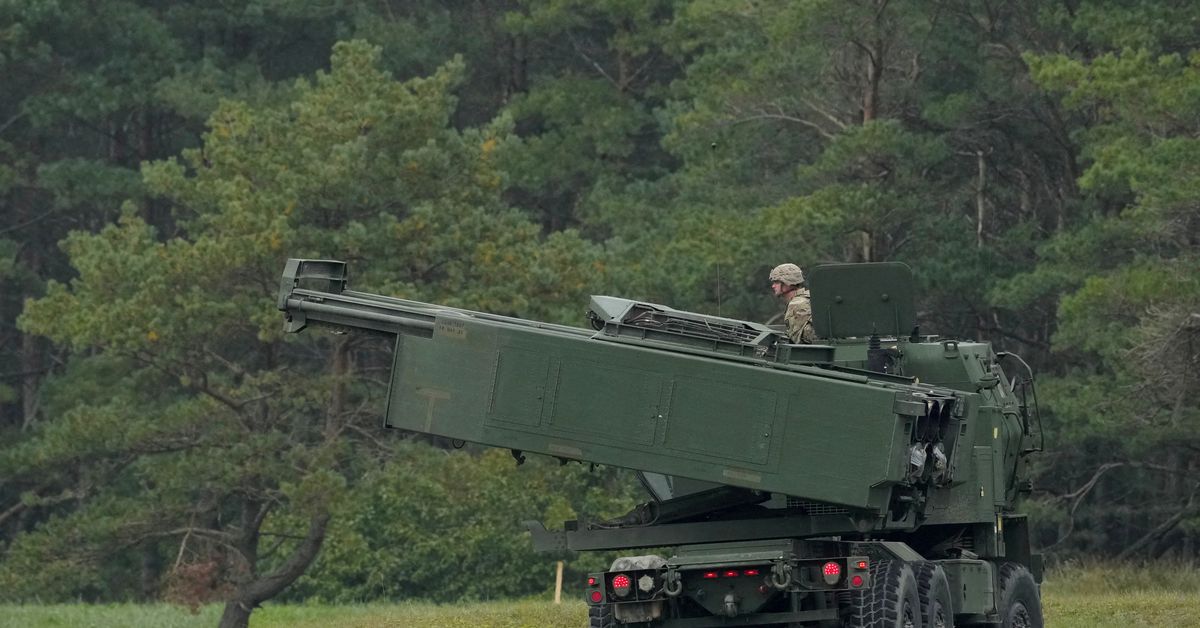 U.S. and allied military inventories are shrinking, and Ukraine faces an increasing need for more sophisticated weapons as the war drags on. Boeing’s proposed system, dubbed Ground-Launched Small Diameter Bomb (GLSDB), is one of about a half-dozen plans for getting new munitions into production for Ukraine and America’s Eastern European allies, industry sources said.

GLSDB could be delivered as early as spring 2023, according to a document reviewed by Reuters and three people familiar with the plan. It combines the GBU-39 Small Diameter Bomb (SDB) with the M26 rocket motor, both of which are common in U.S. inventories.

Doug Bush, the U.S. Army’s chief weapons buyer, told reporters at the Pentagon last week the Army was also looking at accelerating production of 155 millimeter artillery shells – currently only manufactured at government facilities – by allowing defense contractors to build them.

The invasion of Ukraine drove up demand for American-made weapons and ammunition, while U.S. allies in Eastern Europe are “putting a lot of orders,” in for a range of arms as they supply Ukraine, Bush added.

“It’s about getting quantity at a cheap cost,” said Tom Karako, a weapons and security expert at the Center for Strategic and International Studies. He said falling U.S. inventories help explain the rush to get more arms now, saying stockpiles are “getting low relative to the levels we like to keep on hand and certainly to the levels we’re going to need to deter a China conflict.”

Karako also noted that the U.S. exit from Afghanistan left lots of air-dropped bombs available. They cannot be easily used with Ukrainian aircraft, but “in today’s context we should be looking for innovative ways to convert them to standoff capability.”

Although a handful of GLSDB units have already been made, there are many logistical obstacles to formal procurement. The Boeing plan requires a price discovery waiver, exempting the contractor from an in-depth review that ensures the Pentagon is getting the best deal possible. Any arrangement would also require at least six suppliers to expedite shipments of their parts and services to produce the weapon quickly.

A Boeing spokesperson declined to comment. Pentagon spokesman Lt. Cmdr. Tim Gorman declined to comment on providing any “specific capability” to Ukraine, but said the U.S. and its allies “identify and consider the most appropriate systems” that would help Kyiv.

Although the United States has rebuffed requests for the 185-mile (297km) range ATACMS missile, the GLSDB’s 94-mile (150km) range would allow Ukraine to hit valuable military targets that have been out of reach and help it continue pressing its counterattacks by disrupting Russian rear areas.

GLSDB is made jointly by SAAB AB (SAABb.ST) and Boeing Co (BA.N) and has been in development since 2019, well before the invasion, which Russia calls a “special operation”. In October, SAAB chief executive Micael Johansson said of the GLSDB: “We are imminently shortly expecting contracts on that.”

According to the document – a Boeing proposal to U.S. European Command (EUCOM), which is overseeing weapons headed to Ukraine – the main components of the GLSDB would come from current U.S. stores.

The M26 rocket motor is relatively abundant, and the GBU-39 costs about $40,000 each, making the completed GLSDB inexpensive and its main components readily available. Although arms manufacturers are struggling with demand, those factors make it possible to yield weapons by early 2023, albeit at a low rate of production.

GLSDB is GPS-guided, can defeat some electronic jamming, is usable in all weather conditions, and can be used against armored vehicles, according to SAAB’s website. The GBU-39 – which would function as the GLSDB’s warhead – has small, folding wings that allow it to glide more than 100km if dropped from an aircraft and targets as small as 3 feet in diameter.

At a production plant in rural Arkansas, Lockheed Martin is redoubling efforts to meet surging demand for mobile rocket launchers known as HIMARS, which have been successful in hitting Russian supply lines, command posts and even individual tanks. The No. 1 U.S. defense contractor is working through supply chain issues and labor shortages to double production to 96 launchers a year.

Lockheed Martin has posted more than 15 jobs related to the production of HIMARS, including supply chain quality engineers, purchasing analysts, and testing engineers, according to its website.

“We’ve made investments in terms of infrastructure in the factory where we build HIMARS,” said Becky Withrow, a sales leader at Lockheed Martin’s missile unit.

Despite the increase in demand, Lockheed Martin’s chief financial officer told Reuters in July that he did not expect significant Ukraine-induced revenue until 2024 or beyond. The CFO of Raytheon Corp (RTX.N), another major U.S. defense contractor, echoed that timeline in an interview with Reuters this summer.

HIMARS fires Guided Multiple Rocket Launch System missiles (GMLRS), which are GPS-guided rounds with 200-pound (90kg) warheads. Lockheed Martin make about 4,600 of the missiles per year; more than 5,000 have been sent to Ukraine so far, according to a Reuters analysis. The U.S. has not disclosed how many GMLRS rounds have been supplied to Ukraine.

Repurposing weapons for regular military use is not a new tactic. The NASAMS anti-aircraft system, developed by Kongsberg Defence and Aerospace and Raytheon, uses AIM-120 missiles – originally meant to be fired from fighter jets at other aircraft. Another weapon, the Joint-Direct Attack Munition (JDAM), ubiquitous in U.S. inventories, is a standard unguided bomb that has been fitted with fins and a GPS guidance system.

Graphic: Weapons of the war in Ukraine.

Reporting by Mike Stone in Washington; editing by Chris Sanders