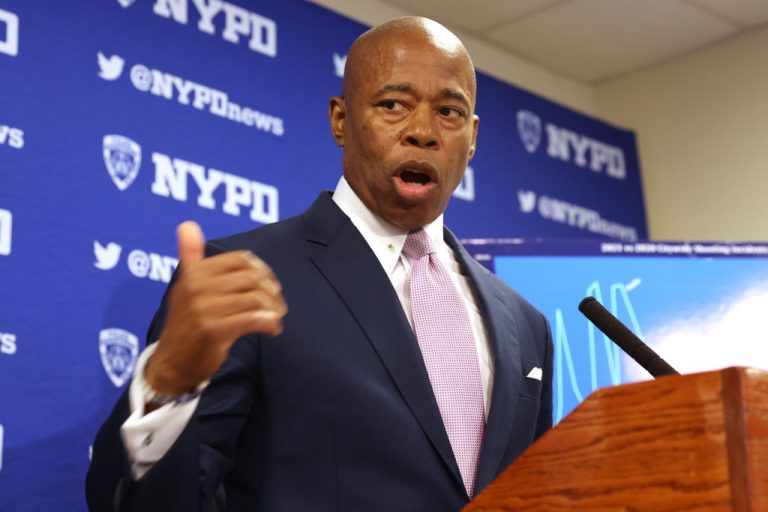 Adams signed an order instructing police to take mentally ill people into custody for psychiatric evaluations at hospitals. Liberal groups were quick to slam the effort, claiming the mayor’s approach would cause “trauma,” the New York Times reported. A New York City council member went as far as to suggest that police presence causes mentally ill people to become dangerous.

“The Mayor’s attempt to police away homelessness and sweep individuals out of sight is a page from the failed Giuliani playbook,” said Donna Lieberman, executive director of the New York chapter of the ACLU.

But New York City Police Department commissioner Keechant Sewell and other city officials welcomed the effort, saying it will resolve a lingering homelessness crisis, which posed a danger to citizens on public transportation this year.

“The NYPD works day and night to improve the quality of life of all New Yorkers, especially our city’s most vulnerable populations,” Sewell said in a statement. “This deserves the full support and attention of our collective efforts.”

The shift comes as crime in New York City approaches its highest level in decades, with a number of high-profile offenses in 2022 caused by mental illness. Just days after Adams’s inauguration, a homeless man with schizophrenia shoved a woman in front of an oncoming train, killing her. In April, a black nationalist, who had related his history of mental illness on social media, shot 10 people in a Brooklyn subway car.

More than 3,000 people live on the streets of New York City, according to a January report. Many are mentally ill.

Adams’s order broadens officers’ authority to remove potentially dangerous mentally ill individuals. Until now, police had only apprehended those who made an “overt act” likely to cause imminent harm—a legal standard that Adams’s office called a “persistent myth” among city law enforcement.

The directive empowers officers to follow existing state laws, which instruct police to apprehend anyone who appears to be mentally ill and is likely to cause harm. Adams said officers had been reluctant to fully enforce the law because they misunderstood its reach. It also forces hospitals to retain the mentally ill until their condition improves or they receive a long-term plan for treatment.

Left-wing activists have hobbled police efforts to handle dangerous mentally ill offenders—an approach supercharged after the police killing of George Floyd in 2020. The backlash led to police budgets being defunded in some cities and low morale causing officers to leave departments in droves.

Before running for mayor, Adams served in the NYPD, where he retired with the rank of captain. In a June poll, 56 percent of New Yorkers said the city was headed in the wrong direction under Adams’s leadership.