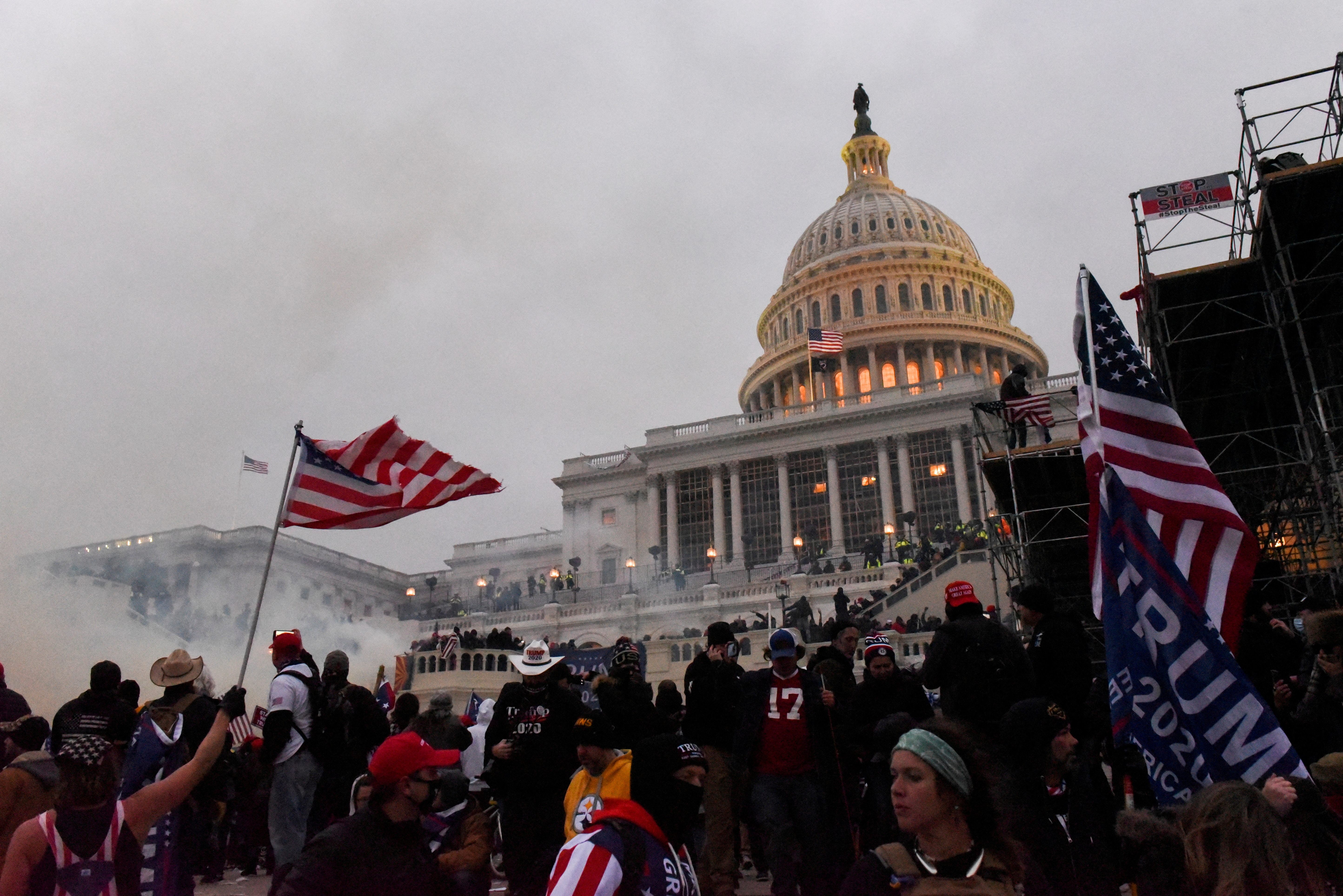 Prosecutors secured a victory when two key figures in last year’s U.S. Capitol attack were convicted of seditious conspiracy. But the acquittal of three co-defendants on this rarely used criminal charge shows that challenges remain for the Justice Department, according to legal experts.

A jury in Washington found Stewart Rhodes, the founder of the right-wing Oath Keepers militia group, and Kelly Meggs, the group’s Florida chapter leader, guilty, determining that they plotted to use force to block Congress from certifying Democrat Joe Biden’s 2020 election victory over Republican then-President Trump.

It marked the first time in nearly three decades that federal prosecutors won a conviction for seditious conspiracy.

At the same time, co-defendants Jessica Watkins, Kenneth Harrelson and Thomas Caldwell were acquitted of seditious conspiracy, and the verdict was mixed on two other conspiracy charges. All five were convicted of obstruction of an official proceeding – the congressional certification of the election results. The obstruction and the seditious conspiracy charges each carry potential 20-year prison sentences.

“This is an overwhelming win for American democracy,” said Alan Rozenshtein, a former federal prosecutor who now teaches law at the University of Minnesota. Using the initials of the Department of Justice, Rozenshtein added, “It’s a half-win for the DOJ.”

The Justice Department had not prosecuted a seditious conspiracy case in more than a decade heading into the trial arising from the deadly Jan. 6, 2021, rampage by Trump supporters who attacked police at the Capitol and sent lawmakers fleeing for their safety.

The trial’s outcome raises questions about how the Justice Department will fare in two more trials scheduled to begin in December involving defendants charged with seditious conspiracy. In those cases, the defendants are other members of the Oath Keepers as well as members of another right-wing group the Proud Boys.

Four other Oath Keepers members – David Moerschel, Joseph Hackett, Roberto Minuta and Edward Vallejo – are due to go to trial starting with jury selection on Dec. 5. None of them played leading roles in the organization. Three of the four entered the Capitol on Jan. 6, while Vallejo is accused of staying back at a hotel where weapons were stored.

Tarrio was not physically in Washington on the day of the Capitol attack and the Proud Boys defendants are not accused of carrying or storing weapons. The Oath Keepers were accused of gathering weapons and storing them at a hotel just outside Washington ready to bring them into the city on Jan. 6, if requested.

Prosecutors in court filings have argued that the “tools” the Proud Boys used to exert force against the government consisted of “Proud Boys members and affiliates whom the defendants recruited and led to the Capitol” as well as other rioters who surged toward the building after Nordean and Biggs allegedly helped destroy a metal barricade.

One of Rhodes’ attorneys, James Lee Bright, told reporters on Tuesday that the two sedition convictions may signal “that the DOJ is going to go full steam ahead in like fashion on all the others.”

Some defense lawyers said the prosecution’s evidence in the two upcoming trials may be viewed as weaker. For example, the four defendants in the next Oath Keepers trial played secondary roles similar to the defendants acquitted of seditious conspiracy in the Rhodes trial.

This could prompt defense lawyers to consider seeking a bench trial with a judge deciding the verdicts rather than a jury.

“It would be very likely they will try to take a bench trial because the jury has set the baseline,” one attorney involved in the seditious conspiracy cases said, speaking on condition of anonymity. “I could not see a judge exceeding the jury’s findings.”

At the same time, however, the across-the-board convictions in the Rhodes trial on obstruction of an official proceeding could prompt defendants to seek plea agreements.

“Even if you are acquitted of sedition, the obstruction of a proceeding … carries a long term of imprisonment,” said Brandon Fox, a former federal prosecutor now with the law firm Jenner & Block. “The prosecution, on the other hand, needs to be thinking about this – and everybody’s reading tea leaves as to why they didn’t win their sedition charges.”