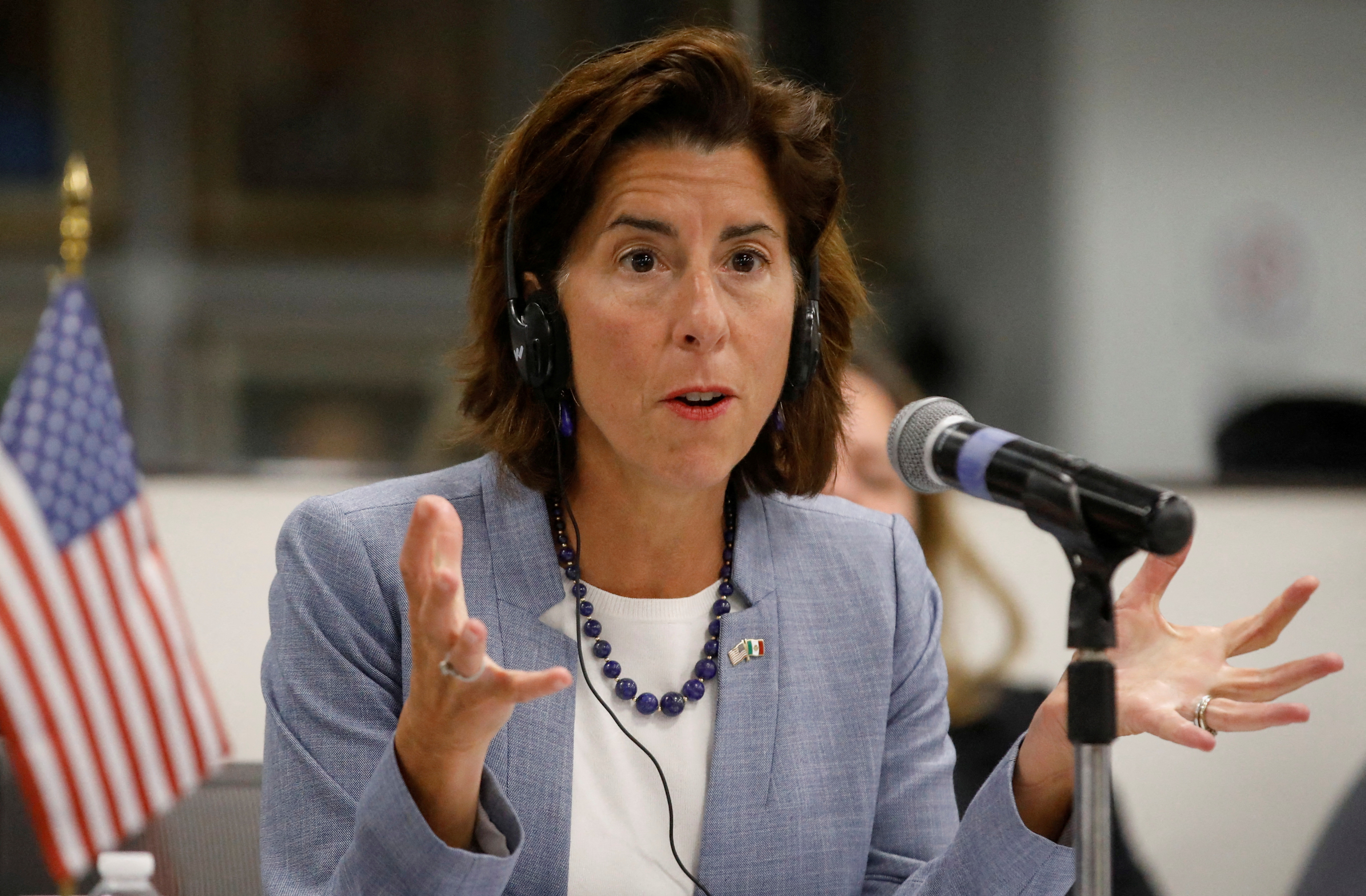 U.S. Commerce Secretary Gina Raimondo said on Wednesday Washington must do more to counter China while insisting the world’s two largest economies should not isolate from each other.

Raimondo cited U.S. strengths like American universities, billions of dollars in government funding for semiconductors and research, and strong allies around the world as assets when competing with China.

“Despite all of these advantages — and they are many — competing effectively with China isn’t going to be easy. It’s going to take hard work and it’s going to take the work of everyone, not just the government,” Raimondo said at a speech at MIT.

She said the United States is “not seeking the decoupling in any way of our economy from that of China’s.”

She added that “cutting edge technology, that China wants to get its hands on to put into military capacity… We’re not going to allow that.”

The United States and China have sharply clashed in recent years. Raimondo laid out a detailed strategy to counter China in her speech.

The Chinese embassy in Washington did not immediately comment.

In October, the Commerce Department published a sweeping set of export controls, including measures tightly restricting Chinese access to U.S. chipmaking technology, vastly expanding its reach in its bid to slow Beijing’s technological and military advances.

She said for too long America’s export control strategy “was quite reactive” and had “focused on preventing China from expanding its technological capabilities after it accessed American intellectual property.”

Raimondo told reporters on Tuesday the United States is working with allies on semiconductor tooling restrictions and hopes they “will take steps similar to ours.”

Concerns about China helped convince the U.S. Congress to approve hefty funding for semiconductor research and manufacturing and advanced science.

Raimondo in September 2021 said China was preventing its domestic airlines from buying “tens of billions of dollars” of U.S.-manufactured Boeing (BA.N) airplanes. In September, Boeing said it would begin to remarket some 737 MAX jets earmarked for Chinese customers citing ongoing geopolitical tensions.

Raimondo said on Tuesday “we need to continue to do business with China and trade with China supports American jobs.”