At a vast warehouse in the southern Dutch city of Roosendaal, automated cranes and driverless vehicles silently stack clothes for the French and Italian stores of retailer Primark, reducing the need for hard-to-come-by labour.

With goods packed more densely up to its roof, the new warehouse, which spans the size of over 15 football fields, reduces the need for extra sites – and workers – leading in time to a lower cost base.

While retail has been slower to adopt automation than sectors such as autos and electronics, it has been picking-up the pace – from the introduction of basic self check-out tills in stores to the use of robots and AI in supply chains.

Global installations of industrial robots grew 31% in 2021 year-on-year, while sales of service robots rose 37%, with the retail sector a significant driver of both, according to the International Federation of Robotics.

Mark Shirley, head of logistics at Irish-founded Primark, said the 25 million euros ($26 million) investment in the Roosendaal site’s automation would deliver an 8 million euros per year benefit from year four, in addition to savings from not having to lease another warehouse.

He estimates the use of automated cranes rather than manual fork lift trucks has increased the site’s efficiency by 80%.

And crucially, the use of autonomous vehicles means the company no longer has to compete in the extremely tight Dutch labour market, a challenge felt in many advanced economies.

“When you take the industry as a whole, people are moving that way to mitigate their labour risks,” Shirley told Reuters.

He estimates the retail industry is 40% automated, but sees that jumping to 60-65% over the next three to four years.

The march of the robots can be seen in fashion stores and food shops globally as an industry that employs millions grapples with the cost of rising wages, energy and raw goods.

On top of that, customers are reining in spending, with Amazon (AMZN.O), the world’s biggest online retailer, warning that shopping budgets were tight, particularly in Europe.

Across the region different retailers are taking different approaches. Carrefour (CARR.PA), Europe’s largest food retailer, has vowed to cut costs and simplify its ranges while Tesco (TSCO.L), Britain’s biggest, has accepted a hit to its profits.

In clothing, Zara-owner Inditex (ITX.MC) has been hiking prices to counter soaring costs while Primark-owner AB Foods (ABF.L) said the low-cost fashion retailer would limit price increases, despite inflation hitting double-digits in many of its markets, because customers could not afford to pay any more.

That makes automation even more important.

While processes at online retailers are largely automated, vast parts of a traditional retailer’s operations are still carried out manually, according to consultants at McKinsey.

“We’re at a stage where technology is getting better and cheaper and the case for automation in some of those areas just becomes much more compelling,” said Anita Balchandani, who leads their consumer practice in Britain.

It says those fashion brands which fully integrate digital processes could cut by half the time it takes to get a product to market. That in turn could lead to an 8% rise in the sales of full-price goods, and a 20% drop in manufacturing costs.

Those same forces are driving automation in the food retail sector, with companies investing in cleaning robots, electronic shelf edge labels, and in technology that helps them understand real time stock levels and manage replenishment.

British online grocery pioneer Ocado (OCDO.L) is riding the wave, selling its automated warehouses and lightweight robots to retailers in the United States, Europe and Asia, hoping to eventually automate the entire process from farm and factory gate to a shopper’s fridge.

The renewed focus on automation provides opportunities for logistics groups, robotics firms and the likes of Amazon.

While it has grabbed headlines with stores using cameras to remove the need for a checkout till, its Amazon Web Services unit also worked with groups including Adidas and Zalando to quickly scale-up popular products and drive sales.

Some trade unions have, however, pushed back on automation. Shopworkers’ union USDAW in the UK said employers were all too often wasting money on technology that does not work properly and were not providing the necessary training.

And some caution that given fast changing markets large scale automation won’t work for everyone.

Dan Myers, UK and Ireland managing director of freight firm XPO Logistics, said retailers investing tens of millions of pounds for a payback of up to a decade needed to be certain their business model would not change in the meantime.

“There is always a trade off between the agility and flexibility of a human approach versus the efficiency of an automated approach,” he said. 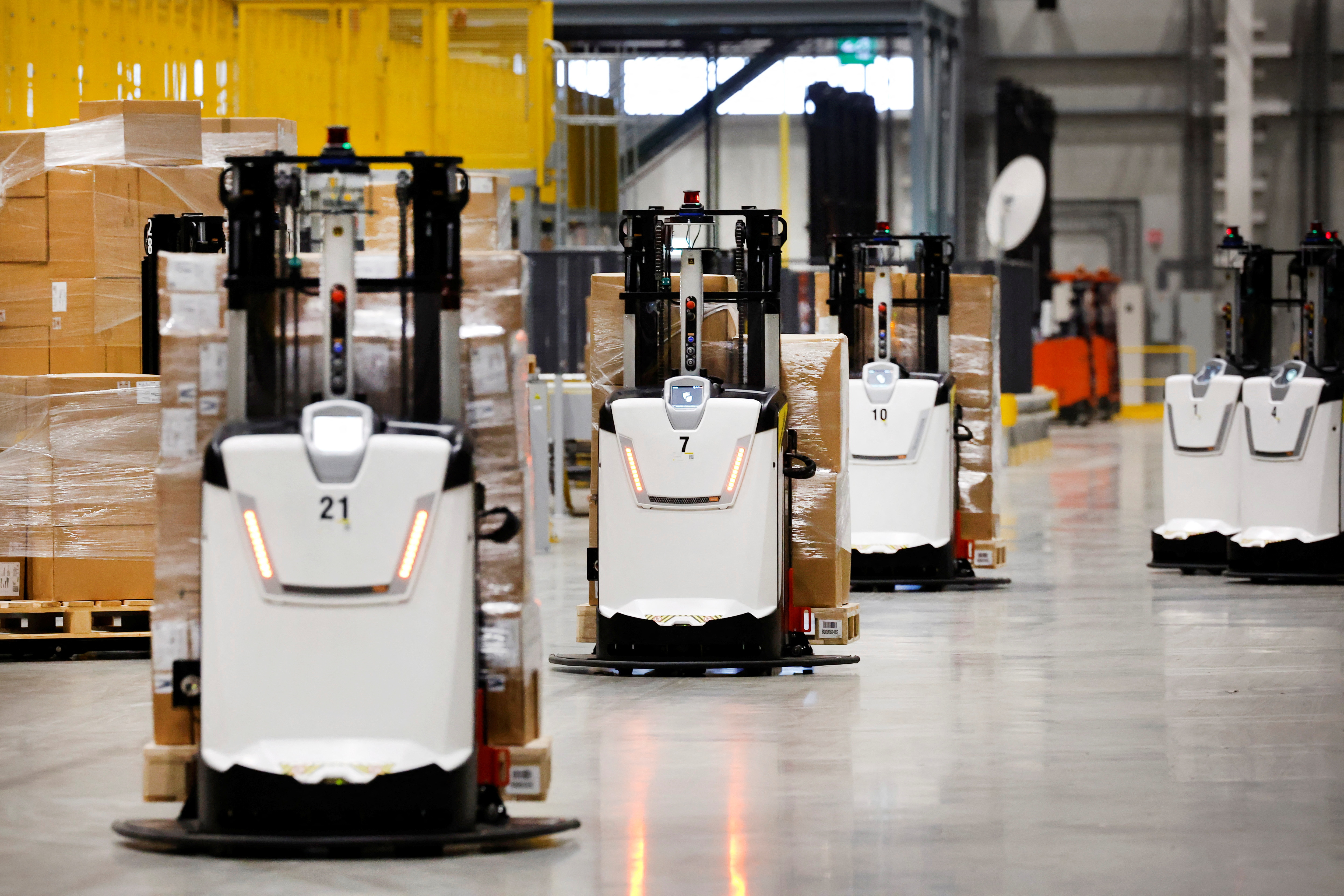 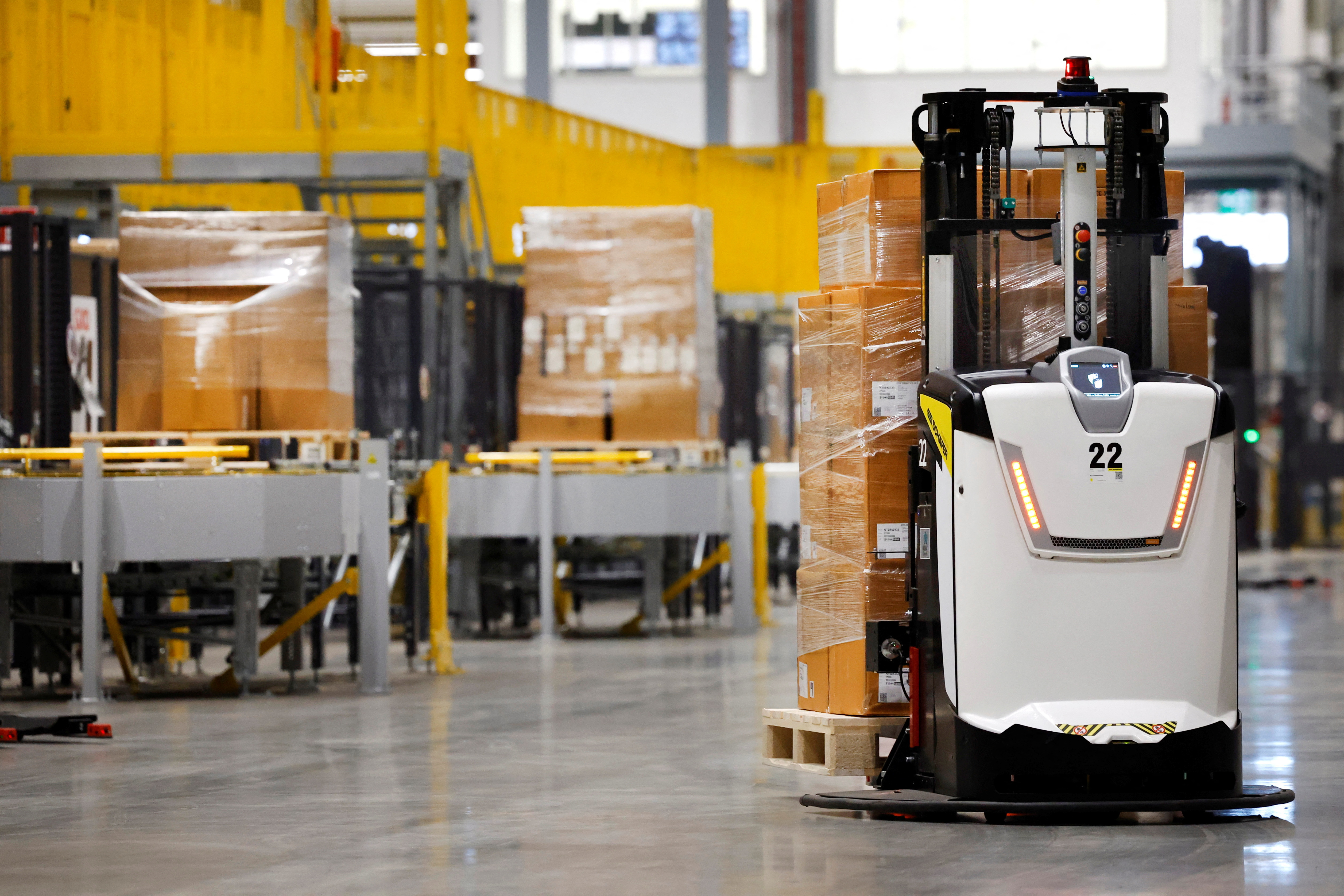