Chinese newspapers turned their front pages black on Thursday and flags were put at half mast in mourning for the death of former president Jiang Zemin, while well-wishers laid piles of bouquets outside his childhood home.

Jiang died in his home city of Shanghai just after noon on Wednesday of leukaemia and multiple organ failure, aged 96.

His death has prompted a wave of nostalgia for the relatively more liberal times he oversaw.

A date has yet to be set for his funeral.

The front page of the ruling Communist Party’s official People’s Daily devoted its whole front page to Jiang, and carried a large picture of him wearing his trademark “toad” glasses.

“Beloved comrade Jiang Zemin will never be forgotten,” it said in its headline, above a story republishing the official announcement of his death.

Flags flew at half mast on key government buildings and Chinese embassies abroad, while the home pages of e-commerce platforms Taobao and JD.com also turned black and white.

Mourners laid piles of bouquets of white chrysanthemums, a traditional Chinese symbol for mourning, outside Jiang’s childhood home in the eastern city of Yangzhou, a witness told Reuters, declining to be identified given sensitivities about discussing anything political in China.

Some people knelt down in front of his house in a show of respect, the person added.

“Grandpa Jiang, rest in peace,” read a note on one bouquet.

In Shanghai, where Jiang died, police closed off streets but hundreds of people still tried to catch a glimpse of a vehicle thought to be carrying his body, according to images that were shared on Chinese social media.

In one picture, people held up a black and white banner reading “Comrade Jiang Zemin you will forever live in our hearts”.

But foreign governments, political parties and “friendly personages” will not be invited to send delegations or representatives to China to attend the mourning activities, the official Xinhua news agency said.

At one of the largest foreign banks in China, employees have been asked to wear black in meetings with regulators, senior staff have been asked not to be photographed at parties and the bank has put marketing activities on hold for 10 days, a senior executive at the lender told Reuters, speaking on condition of anonymity as they were not authorised to speak to the media.

Jiang’s death comes at a tumultuous time in China, where authorities are grappling with rare widespread street protests among residents fed up with heavy-handed COVID-19 curbs nearly three years into the pandemic.

China is also locked in an increasingly bad-tempered stand-off with the United States and its allies over everything from Chinese threats to democratically-governed Taiwan to trade and human rights issues.

While Jiang could have a fierce temper, his jocular side where he would sometimes sing for foreign dignitaries and joke around with them stand in marked contrast to his stiffer successor Hu Jintao and current President Xi Jinping.

“Having someone educated as leader really is a good thing, RIP,” wrote one user on WeChat adding a candle emoji.

Some Chinese social media users have posted pictures and videos of Jiang speaking or laughing and articles about his 1997 speech at Harvard University in English, reminiscing about an era when China and the West were on better terms.

The U.S. and Japanese governments both expressed their condolences.

U.S. National Security Council spokesperson Adrienne Watson said that during his two visits to the United States as president as well as multiple other meetings with U.S. officials, Jiang worked to advance ties “while managing our differences – an imperative that continues today”.

Even Taiwan, which Jiang menaced with war games in the run up to the island’s first direct presidential election in 1996, said it had sent its “best wishes” to Jiang’s family, though it added he did “threaten the development of Taiwan’s democratic system and foreign exchanges with force”. 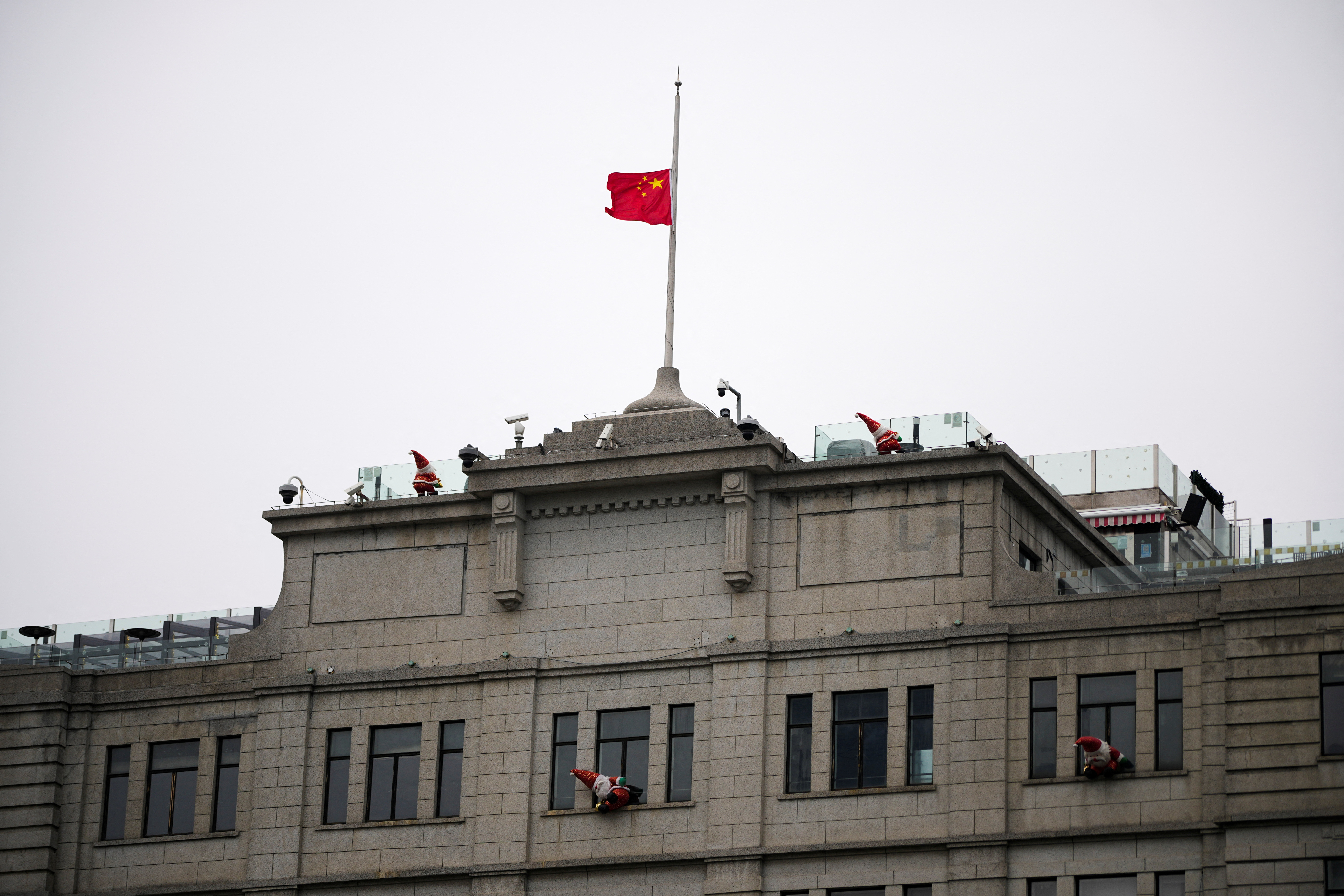 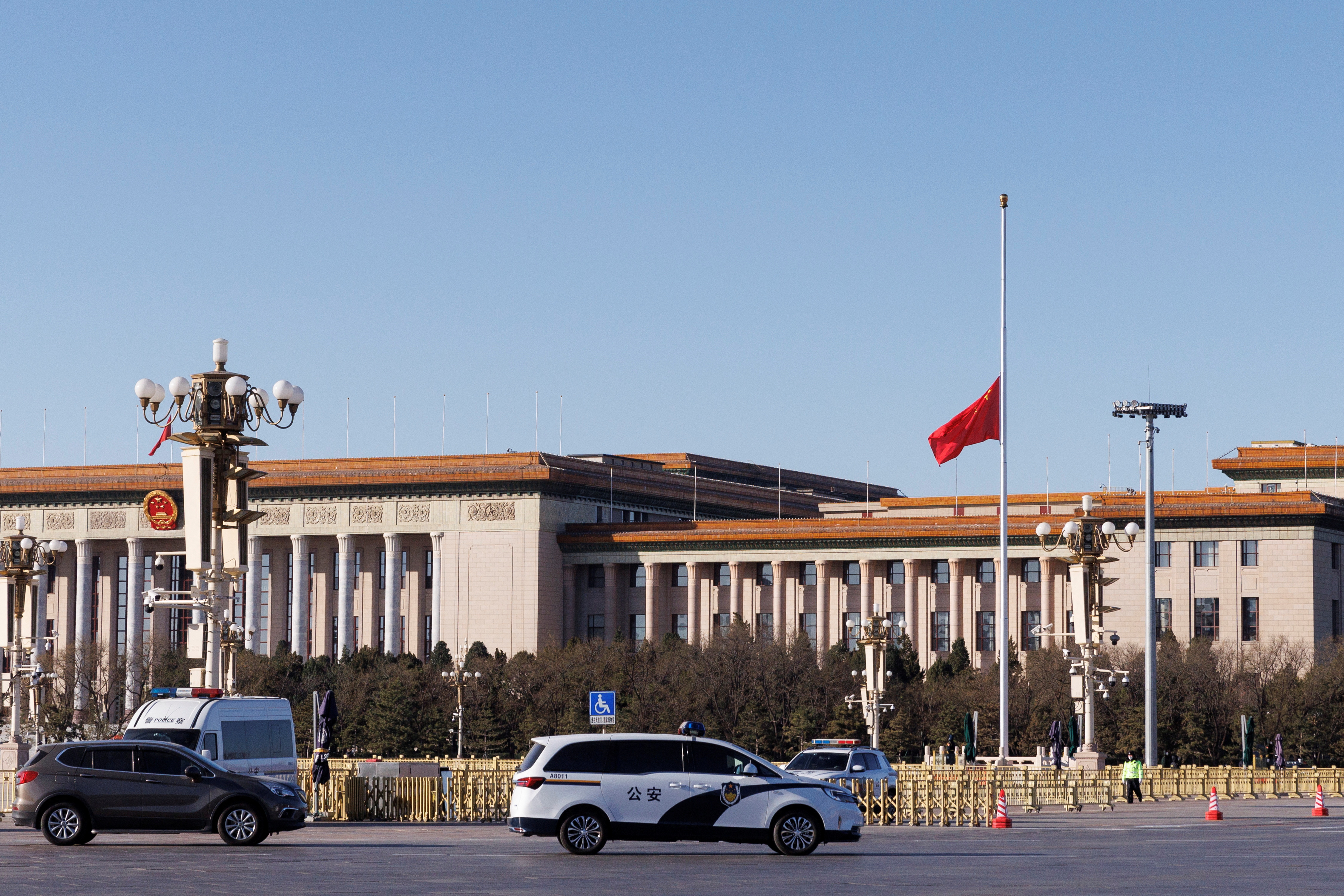 A Chinese flag flies at half-mast following the death of former Chinese President Jiang Zemin in front of the Great Hall of the People in Tiananmen Square in Beijing, China December 1, 2022. REUTERS/Thomas Peter 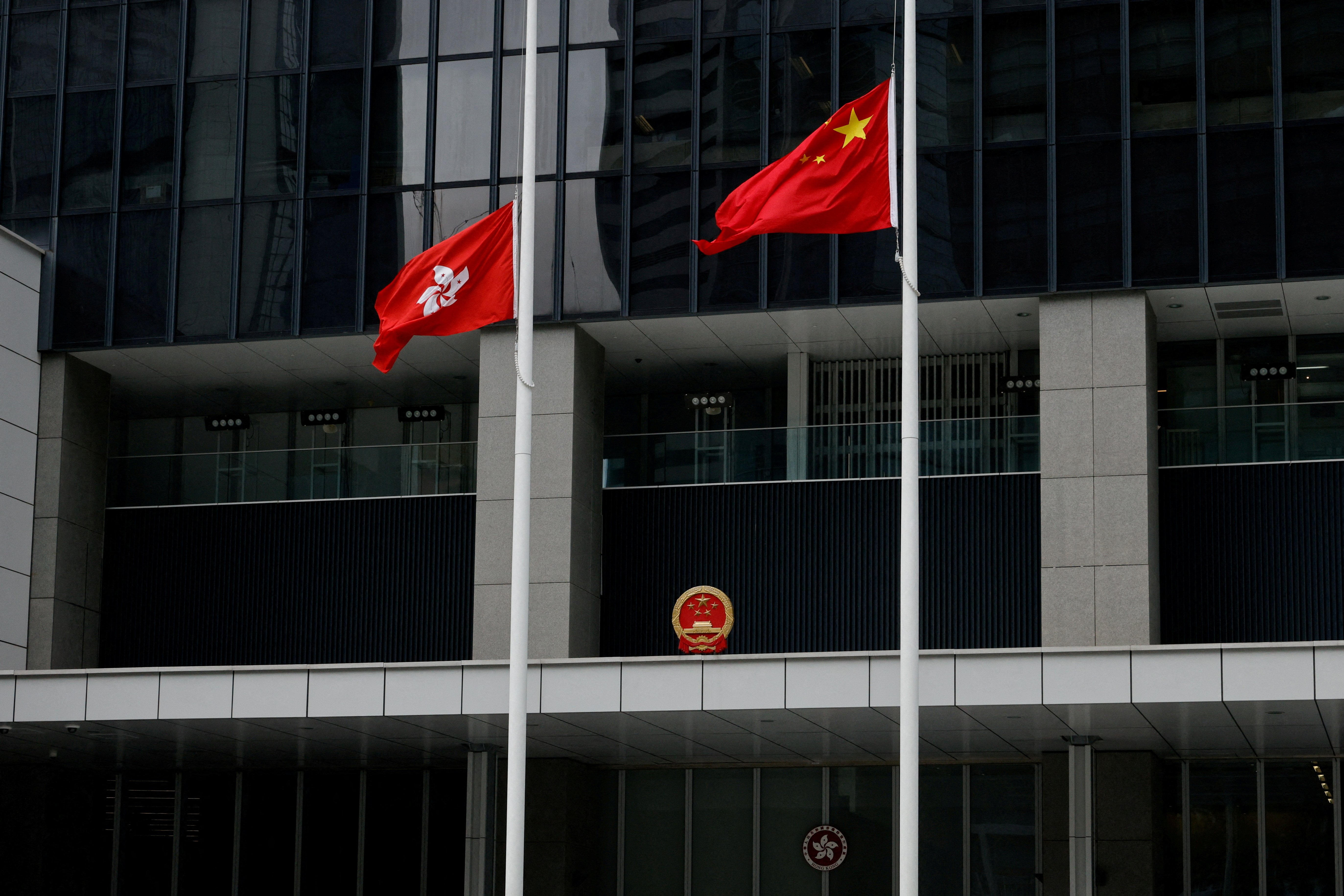 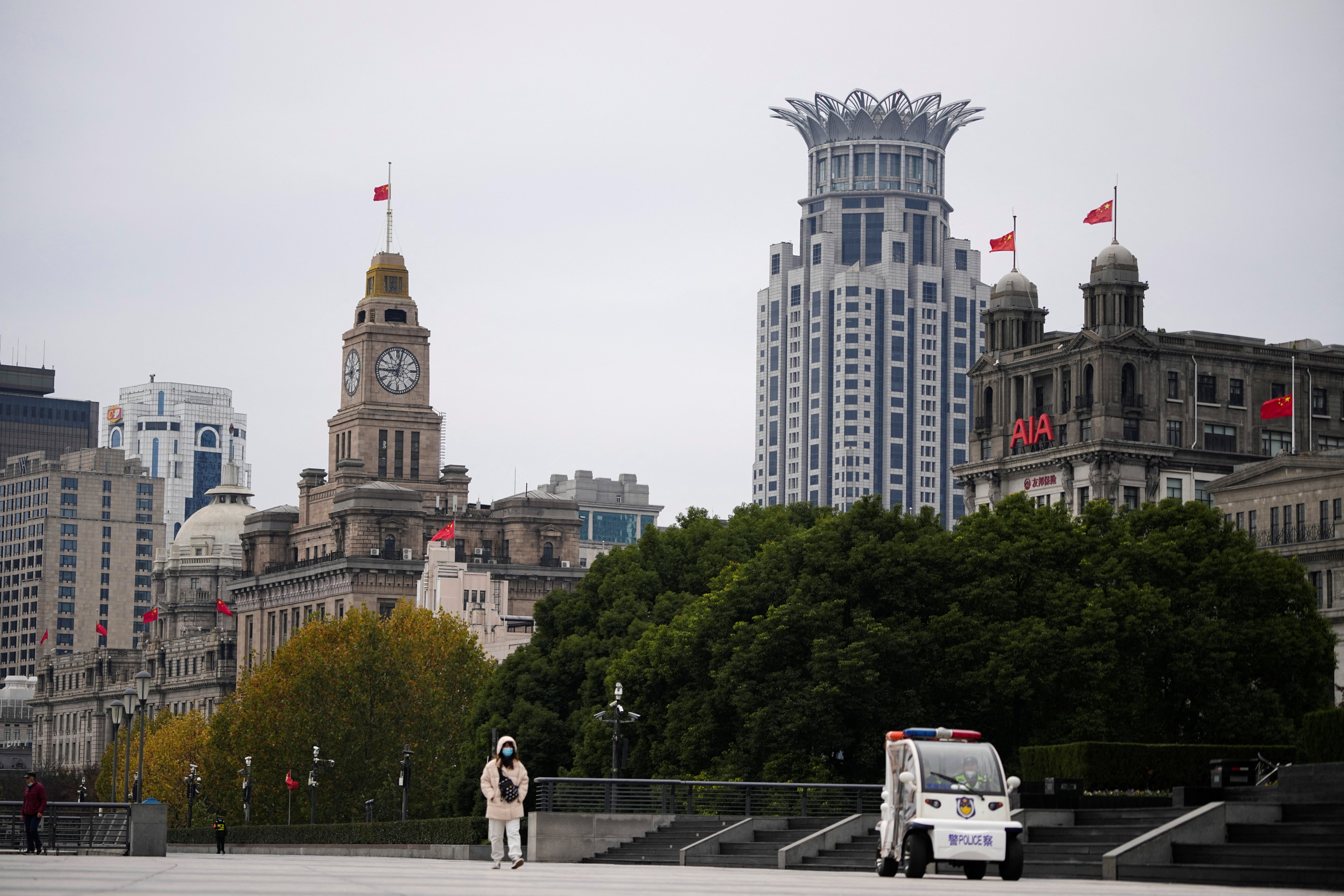 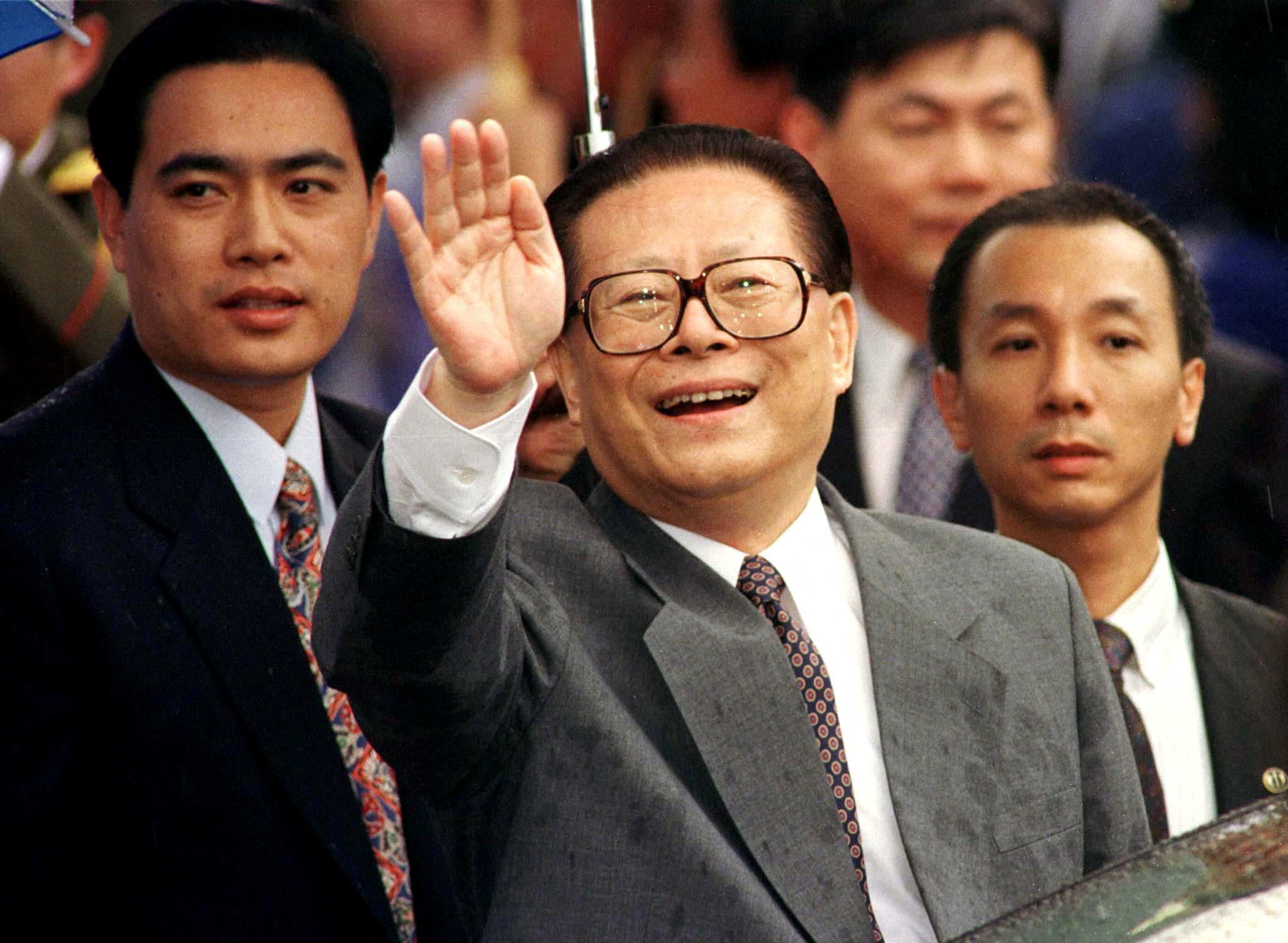 Chinese President Jiang Zemin smiles through the rain and waves to a crowd upon his arrival in Hong Kong June 30, 1997. REUTERS/Simon Kwong 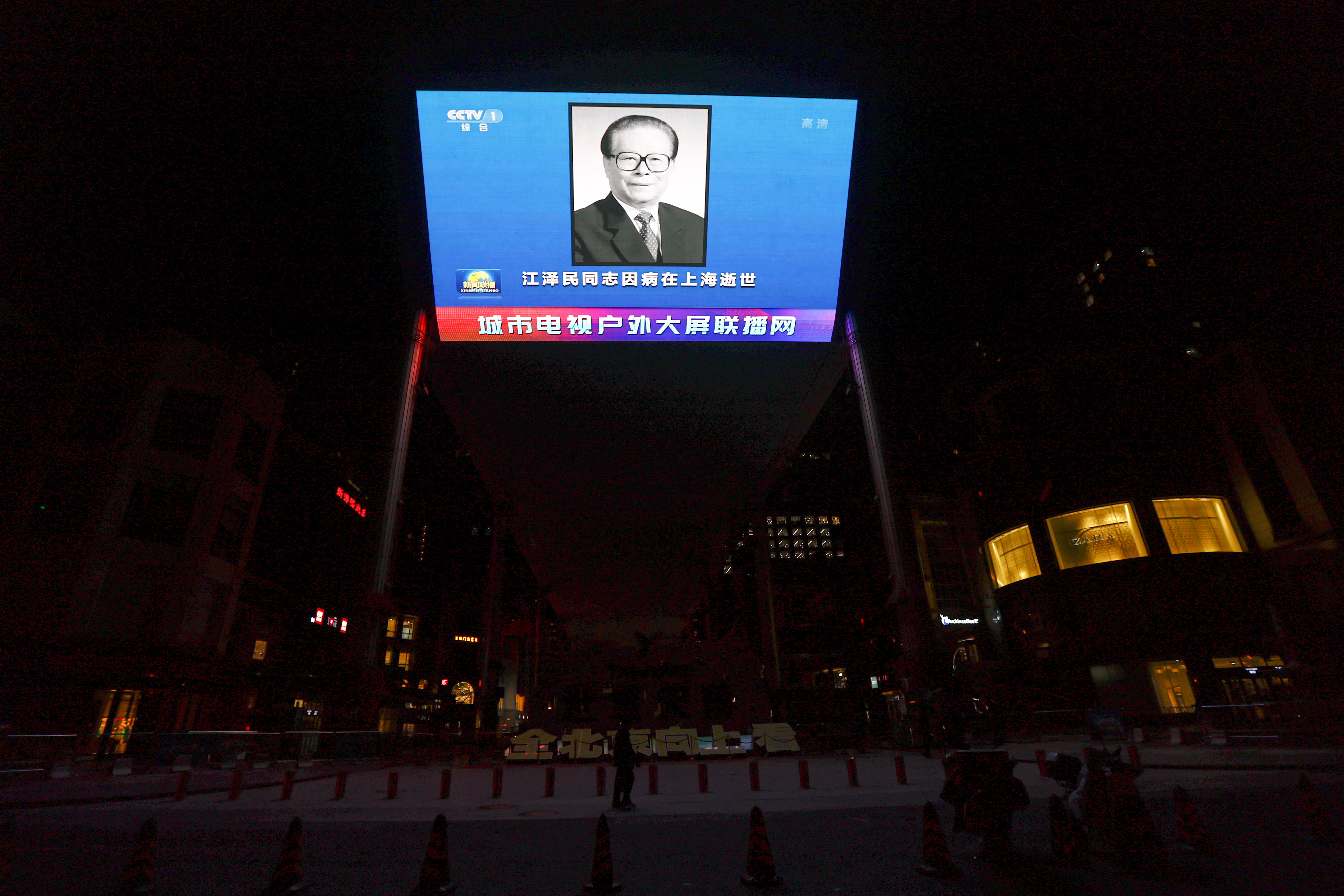