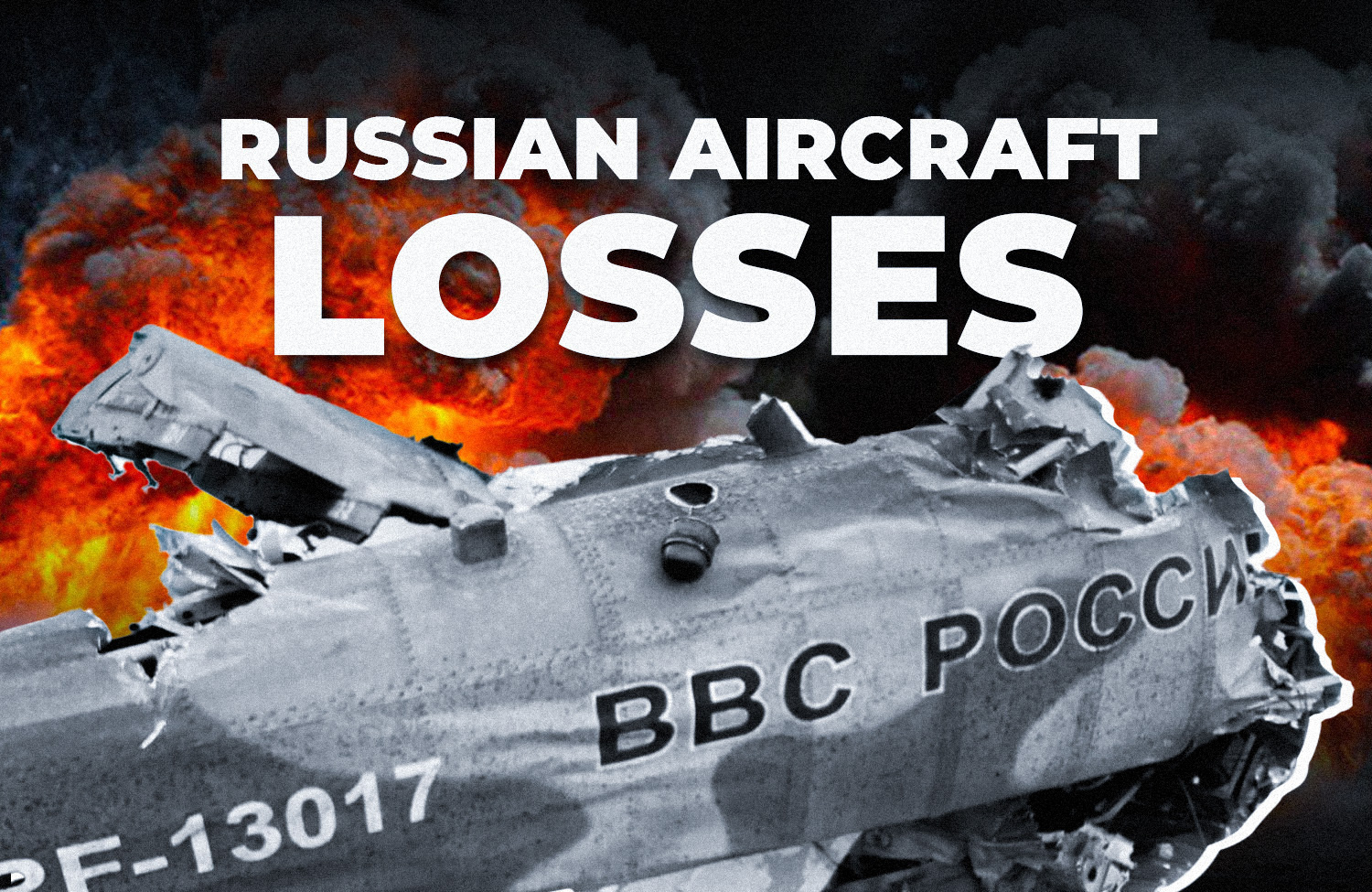 What Are Russian Aircraft Losses During The Invasion Of Ukraine in 2022? Before the Russian Federation (RF) launched its full-scale invasion of Ukraine in February, most military analysts predicted Russia’s massive fleet of fighter jets and attack helicopters would blast its opponents out of the skies and quickly take control of Ukraine’s air space.

Nine months on, and still more of the Kremlin’s war chickens have come home to roost. Claiming the utter destruction of every Ukrainian military aircraft, it turns out, is a lot easier than actually doing it.

According to Oryx, an online military site that has been tracking the losses of hardware on both sides since the war began, Russia has seen 286 of its aircraft taken out so far: 61 planes, 72 helicopters, 4 combat unmanned aerial vehicles (UAV), and 147 reconnaissance UAVs destroyed or captured.

The Oryx figures are based on visually confirmed losses, usually open-source photographs of aircraft destroyed in the air or on the ground.

The Ukrainian government count is somewhat higher, with a toll of 280 Russian aircraft and 261 helicopters claimed put out of commission.

Oryx has also confirmed 128 Ukrainian aircraft either destroyed or captured.

Russia, for its part, has repeatedly asserted that it’s shot down the entire Ukrainian Air Force.

According to the latest declaration by Russia’s Ministry of Defense, Moscow’s forces have eliminated no less than 334 Ukrainian combat jets and 177 combat helicopters.

Effectively, the Kremlin says it has shot down the entire Ukrainian air force more than twice.

On Nov. 28 Armed Forces of Ukraine (AFU) air defense units deployed in the Donbas sector shot down a Russian Su-24M bomber and an Su-25 attack jet in a single afternoon, the AGS said.

In the first days of the invasion the United States helped Ukraine with detailed, near real-time intelligence about where and what the Russians intended to strike, thereby giving Kyiv the chance to protect its assets and shift interceptor aircraft and air defense missiles and radars to threatened sectors.

Ukrainian MiG-29 pilot “Juice”, speaking in an August YouTube interview, said Russian efforts to break dominate Ukraine’s skies have been stymied by the tactic, because the Kremlin’s air force planners, not knowing where exactly it is safe to fly, have had no choice but to treat Ukraine’s entire air space as potentially hazardous.

The easiest way to shoot down Russian aircraft, he said, has been to lead Russian pilots probing for weak points or chasing AFU aircraft into an air ambush.

Austrian blogger Tom Cooper, a widely-read air war researcher, has suggested that the air forces of both sides “have all failed to equip their air forces with a) means of effectively suppressing enemy air defenses, b) weaponry enabling their air forces to reliably hit their targets, and c) self-protection systems for pilots and aircraft.”

Since summer both sides’ air forces have largely abandoned precision bombing of ground targets along or behind the fighting line, instead preferring to lob unguided rockets at maximum range.

Yuriy Ihnat, senior Ukrainian Air Force spokesman, said in a Nov. 21 briefing that the Russian air force now has practically abandoned even attempting to dispute control over Ukraine’s air space, and instead is concentrating its efforts on long-range missile strikes launched by bombers and ships sometimes located thousands of kilometers away.

The strategy marked the Kremlin’s abandonment of even the pretense of trying to penetrate into Ukrainian air space with aircraft and pilots, but, carried  from the Moscow point of view the excellent advantage of allowing attacks against Ukrainian homes and businesses and civilian power grid, without risking Russian combat jets and even harder-to-replace pilots.

Ukrainian Brigadier-General Oleksiy Hromov said in an Nov. 11 statement that during the most recent wave of Russian missile attacks, Ukraine’s air defenses shot down close to 80 percent of incoming weapons – all cruise missiles or kamikaze drones. Ukrainian skies are still not completely impenetrable, he said, but in the last wave of attacks Russian bombers stayed far away from Ukrainian air space.