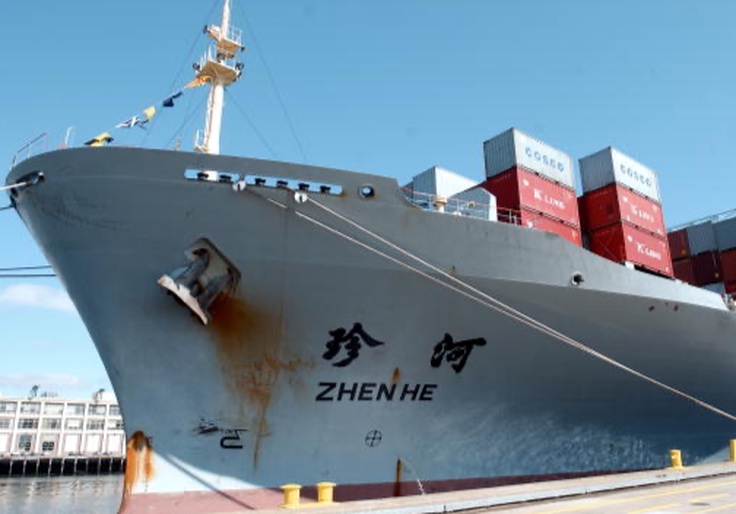 Republican lawmakers are sounding the alarm over a Chinese state-controlled shipping logistics platform they say could hand “sensitive U.S. government and military data” to the Chinese Communist Party.

Sen. Tom Cotton (R., Ark.) and Rep. Michelle Steel (R., Calif.) urged President Joe Biden in a Nov. 30 letter to “take action to halt the spread of LOGINK,” a CCP-controlled digital platform that Beijing is offering free of charge to ports, freight carriers, and foreign nations as a “one-stop shop” for their shipment tracking and data management needs. The platform—which China’s Ministry of Transport subsidizes—is already used in ports in South Korea and Japan, where the United States maintains a significant military presence. Because most U.S. military cargo is transported commercially, the CCP could use LOGINK in the Indo-Pacific and elsewhere to “collect massive amounts of sensitive business and foreign government data,” including U.S. military shipping data, Cotton and Steel warned in their letter.

“The CCP could exploit their control over LOGINK to identify early trends in the movement of U.S. military supplies and equipment through commercial ports while denying other countries the same data on Chinese military assets,” the lawmakers wrote. “With the data that a global LOGINK system could provide, the CCP could effectively identify vital transportation nodes necessary to control the physical movement of goods. This would be a disaster for American interests.”

Cotton and Steel’s letter comes roughly two months after a U.S.-China Economic and Security Review Commission linked LOGINK to a CCP effort to increase “global reliance on China” through “domestic infrastructure” and “transportation equipment.” That effort has already seen more than 20 global ports adopt the CCP’s platform, a troubling trend that “could subject U.S. military logistics to more surveillance by Chinese intelligence and military operators” and even “enable Chinese military planners to … disrupt U.S. military operations,” according to the commission. As a result, Cotton and Steel are pressing the Biden administration to detail its efforts to stop LOGINK’s spread, including through a potential U.S. alternative platform.

The Biden administration, which has until Jan. 11 to respond to the letter, told the Washington Free Beacon that it “takes all potential cyberthreats to the maritime transportation system and its related infrastructure extremely seriously” and “continually evaluates the tools and authorities available to address them,” but it declined to “preview potential responses to specific companies that may be under consideration.” More than 25 congressional Republicans, including Sens. Ted Cruz (Texas), Joni Ernst (Iowa), and Marsha Blackburn (Tenn.) and Reps. Mike Gallagher (Wis.), Maria Salazar (Fla.), and Guy Reschenthaler (Penn.), joined Cotton and Steel’s letter.

The administration has faced intense criticism from Republicans for tapping soft-on-China officials to serve in crucial roles. In September, for example, Biden appointed liberal political consultant John Podesta—who has praised China on climate change and called for direct Chinese investment in American infrastructure—to oversee $370 billion in climate spending. One month later, Biden hired Nina Hachigian to serve in a newly created State Department position aimed at countering China’s growing influence. Hachigian worked with two CCP front groups to foster ties between Washington and Beijing prior to taking the job. Biden’s representative on the Asia-Pacific Economic Cooperation’s Business Advisory Council, Dominic Ng, also has a long history of cozying up to the CCP, going as far as to criticize the United States for refusing to join Beijing’s Belt and Road Initiative, which the Chinese government uses to subjugate foreign nations through direct infrastructure investment.