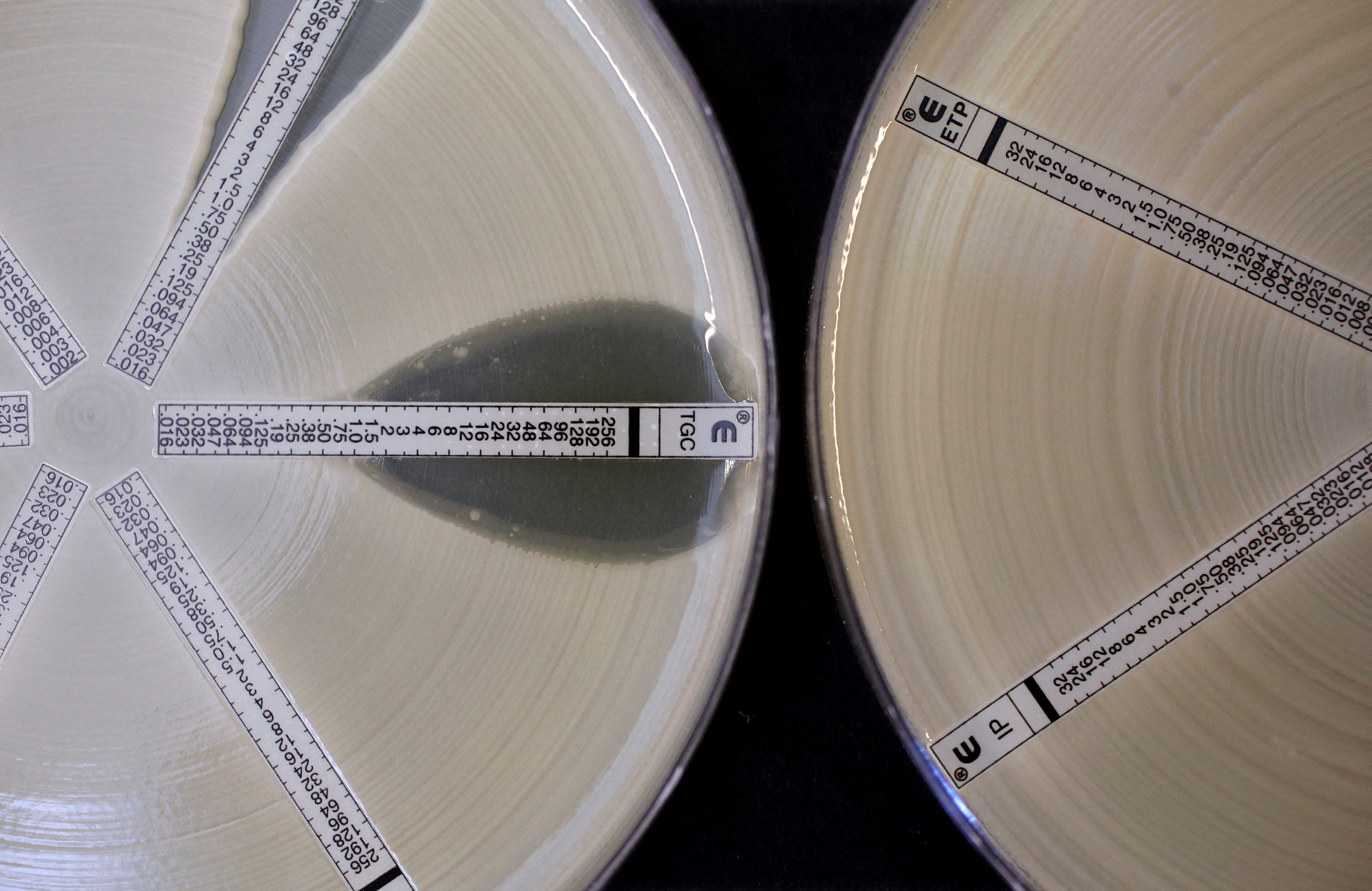 Two plates which were coated with an antibiotic-resistant bacteria called Klebsiella with a mutation called NDM 1 and then exposed to various antibiotics are seen at the Health Protection Agency in north London March 9, 2011. REUTERS/Suzanne Plunkett/File Photo

High levels of drug resistance in bacteria that often cause bloodstream infections in hospitals emerged in the first year of the pandemic, a World Health Organization report based on data from 87 countries in 2020 has found.

Concerns about so-called superbugs – pathogens that are resistant to existing drugs – are hardly new.

The protracted overuse and/or misuse of existing therapies, particularly antibiotics, has helped microbes to become resistant to many treatments, while the pipeline of replacement therapies in development is limited.

The WHO report showed levels higher than 50% of resistance in bacteria that typically cause life-threatening bloodstream infections in hospitals, such as Klebsiella pneumoniae and Acinetobacter spp.