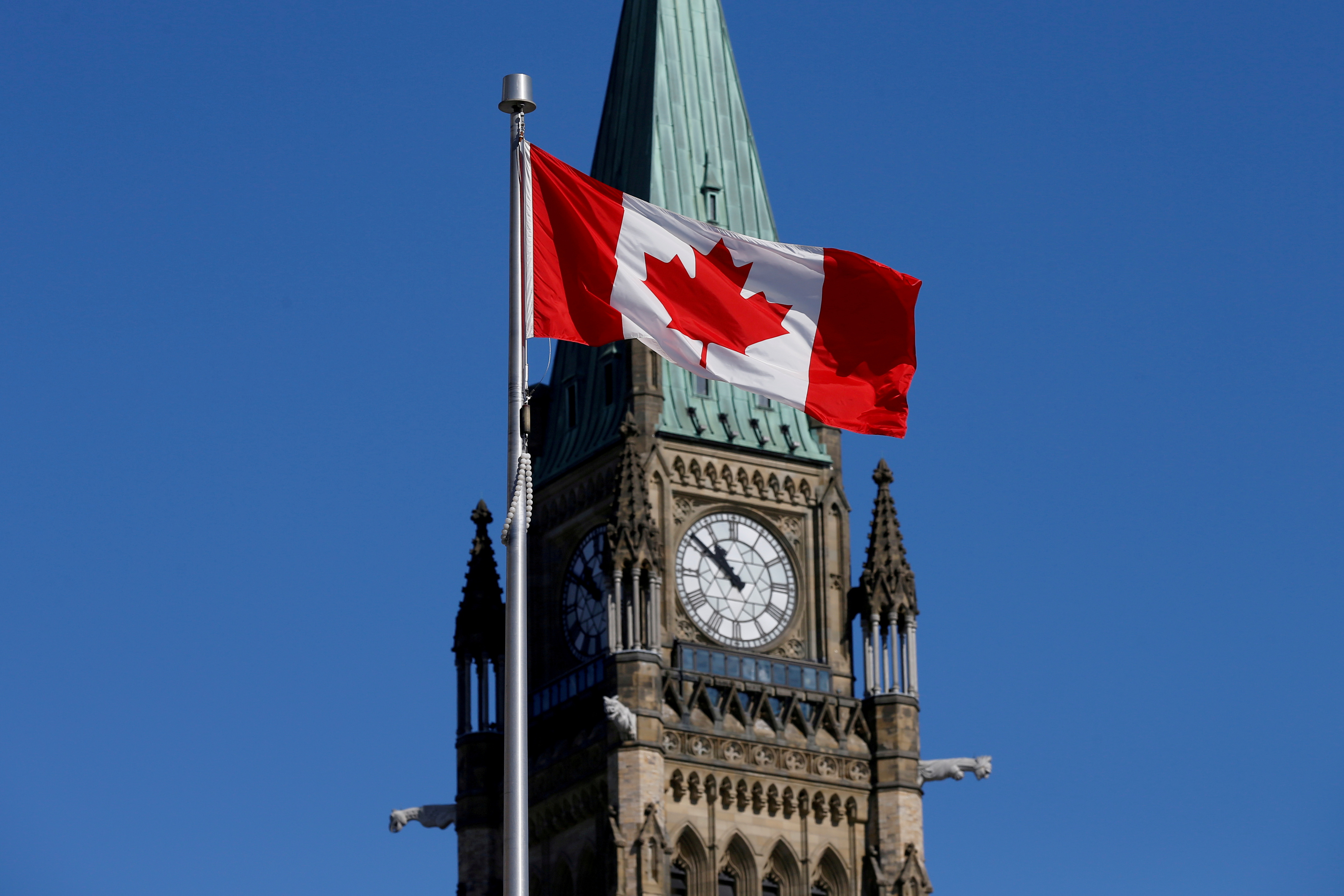 A Canadian flag flies in front of the Peace Tower on Parliament Hill in Ottawa, Ontario, Canada, March 22, 2017. REUTERS/Chris Wattie

The measures included sanctions against 33 current or former senior Russian officials and six entities involved in alleged “systematic human rights violations” against Russian citizens who protested against Russia’s invasion of Ukraine, the Canadian foreign ministry said in a statement.

Since Russia’s invasion on Feb. 24, Canada has imposed sanctions on more than 1,500 individuals and entities from Russia, Ukraine and Belarus.

Sanctions were also imposed on 22 individuals in Iran, who included senior members of the judiciary, prison system and law enforcement, as well as political leaders, such as senior aides to Iran’s Supreme Leader Ayatollah Ali Khamenei and figures in state-directed media outlets, the statement added.

Sanctions on Iran came a day after Iran hanged a man convicted of injuring a security guard with a knife and blocking a street in Tehran, according to the semi-official Tasnim news agency, the first such execution over recent anti-government unrest. Nationwide protests erupted after the death of 22-year-old Kurdish Iranian woman Mahsa Amini in police custody on Sept. 16.

“There is more work to be done, but Canada will never stop standing up for human rights,” Canadian Foreign Minister Melanie Joly said.

In addition to Iran and Russia, Canada also imposed sanctions on 12 individuals and three entities in Myanmar that perform key functions on behalf of the Myanmar military, facilitate arms flows to the military and enable the military’s violence, Canada said.

The military seized power in a coup in Myanmar last year. Rights activists say the junta is now regularly using the death penalty as a “political tool.”

More than 16,500 people have been arrested and more than 13,000 of them remain in detention since the coup, according to a human rights organization that documents violations by the Myanmar military.