Judging by Friday’s quiet streets in China’s capital Beijing and the adherence to virus curbs by some city eateries, the anxieties created by ‘zero-COVID’ policies are likely to hamper a quick return to health for the world’s second-largest economy.

Although the government on Wednesday loosened key parts of the strict controls that kept the pandemic largely at bay for the past three years, many people and businesses appear wary of being too quick to shake off the shackles.

In the central city of Wuhan, where the pandemic erupted in late 2019, there were more signs of life with some areas busy with commuters on Friday. But locals say a return to normal is still a long way off.

“They’ve relaxed the measures but still, there’s nobody about,” said a taxi driver surnamed Wang, who didn’t want to give his full name.

“You see these roads, these streets … they ought to be, busy, full of people. But there’s no one. It’s dead out here.”

Yet China has been anything but placid during the past few weeks, with protests against COVID curbs in many cities across the country that marked the biggest show of public discontent since President Xi Jinping came to power a decade ago.

Some of those protesters, scooped up by China’s security apparatus, now face an anxious wait about their fate.

Little more than a month after the National Health Commission stressed commitment to its strict virus containment policy, saying it was “putting people and lives first”, it has sounded a retreat from “zero-COVID” and officials are now telling people they have less to fear.

Zhong Nanshan, a leading Chinese epidemiologist, said that 99% of people now infected with the virus would recover in 7 to 10 days, in comments reported by the People’s Daily, controlled by the ruling Communist Party.

But there are signs the reassuring new message has still to convince many of the country’s 1.4 billion people.

With the need for tests dropped and most infected people now being allowed to isolate at home, some have embraced new found freedoms. For others, habits formed under months of stifling lockdowns, are proving hard to break.

There were several empty seats in what should have been peak rush hour for commuters on the Beijing subway on Friday morning, even though the city this week scrapped the need to show negative tests to ride trains or enter offices. Some downtown restaurants were deserted at lunchtime.

Manufacturers remain cautious too, retaining COVID-19 curbs until they get a clearer picture of just how workplaces will be affected by the easing of stringent measures.

Businesses told Reuters they are expecting to have to grapple with long periods of absence by sick workers that could hamper operations, perhaps for months.

In downtown Beijing on Friday, a restaurant at a mall that serves local cuisine still doesn’t offer dine-in service while others on the same floor do.

“Although we are now allowed to resume eat-in service, our staff are sick and are still at home, so we haven’t got enough hands to serve meals,” a staffer told Reuters, requesting anonymity.

China’s current tally of 5,235 COVID-related deaths is a tiny fraction of its population of 1.4 billion, and extremely low by global standards. Some experts have warned that toll could rise above 1.5 million if the exit is too hasty.

Analysts and business leaders expect China’s economy to rebound late next year as it follows the rocky path trodden by the rest of the world to open up and live with the disease.

Noel Quinn, chief executive of HSBC (HSBA.L), which makes the bulk of its revenue in the Greater China region, told a financial forum in Shanghai that China’s new measures represented “meaningful progress”.

“I very much hope that they can be an important stepping stone towards the full reopening of mainland China’s borders as soon as practicable,” he told the Shanghai Bund Summit via video link.

A surge in infections will likely depress economic growth in the next few months, however.

“China’s three years behind, so what’s going to happen in China is what happened in the rest of the world,” said Jeffrey Goldstein, a China-based consultant who helps foreign brands manufacture goods in Asia.

“There’s going to be chaos.”

A Reuters poll forecast China’s growth to slow to 3.2% in 2022, far below the official target of around 5.5%, marking one of the worst performances in almost half a century. 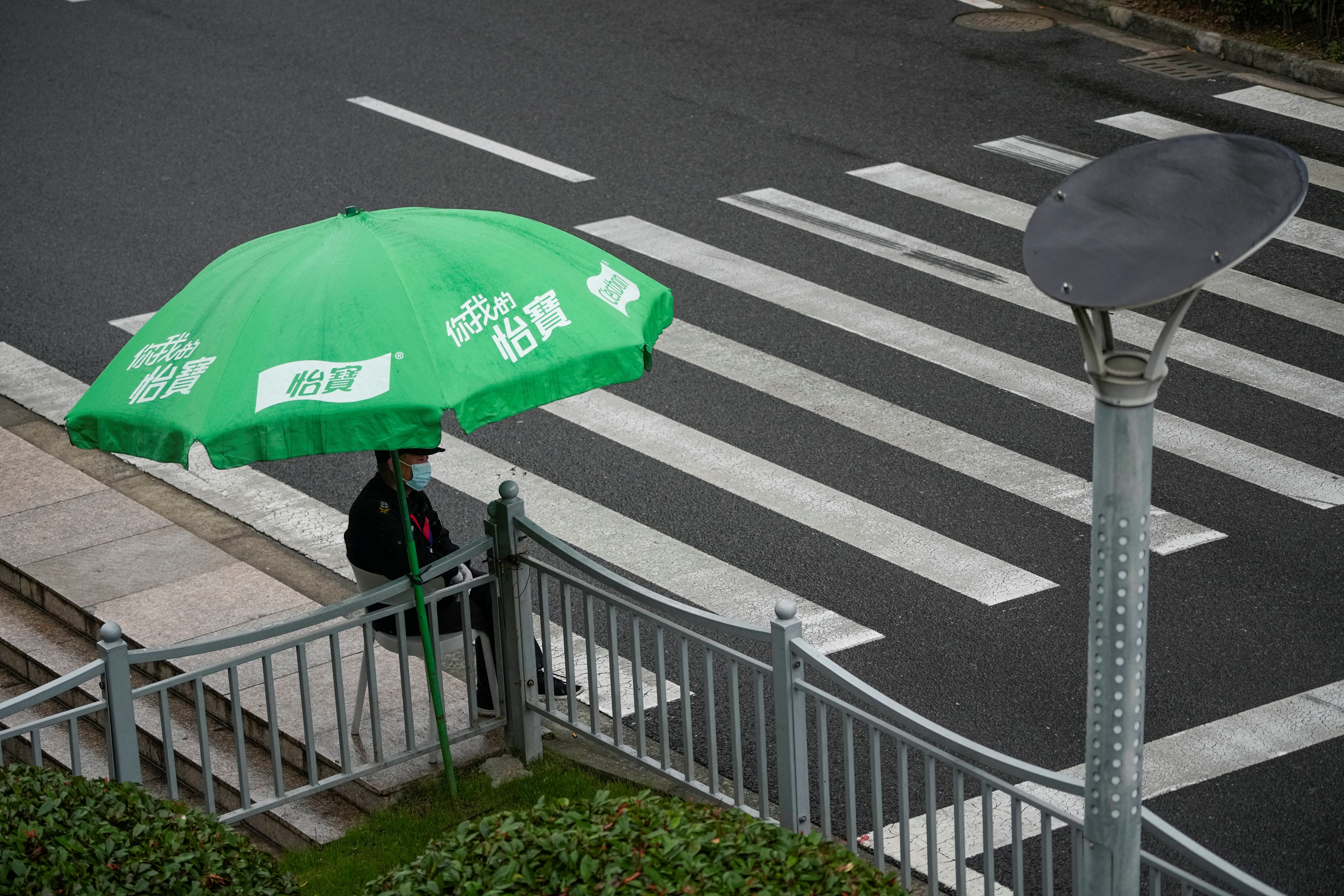 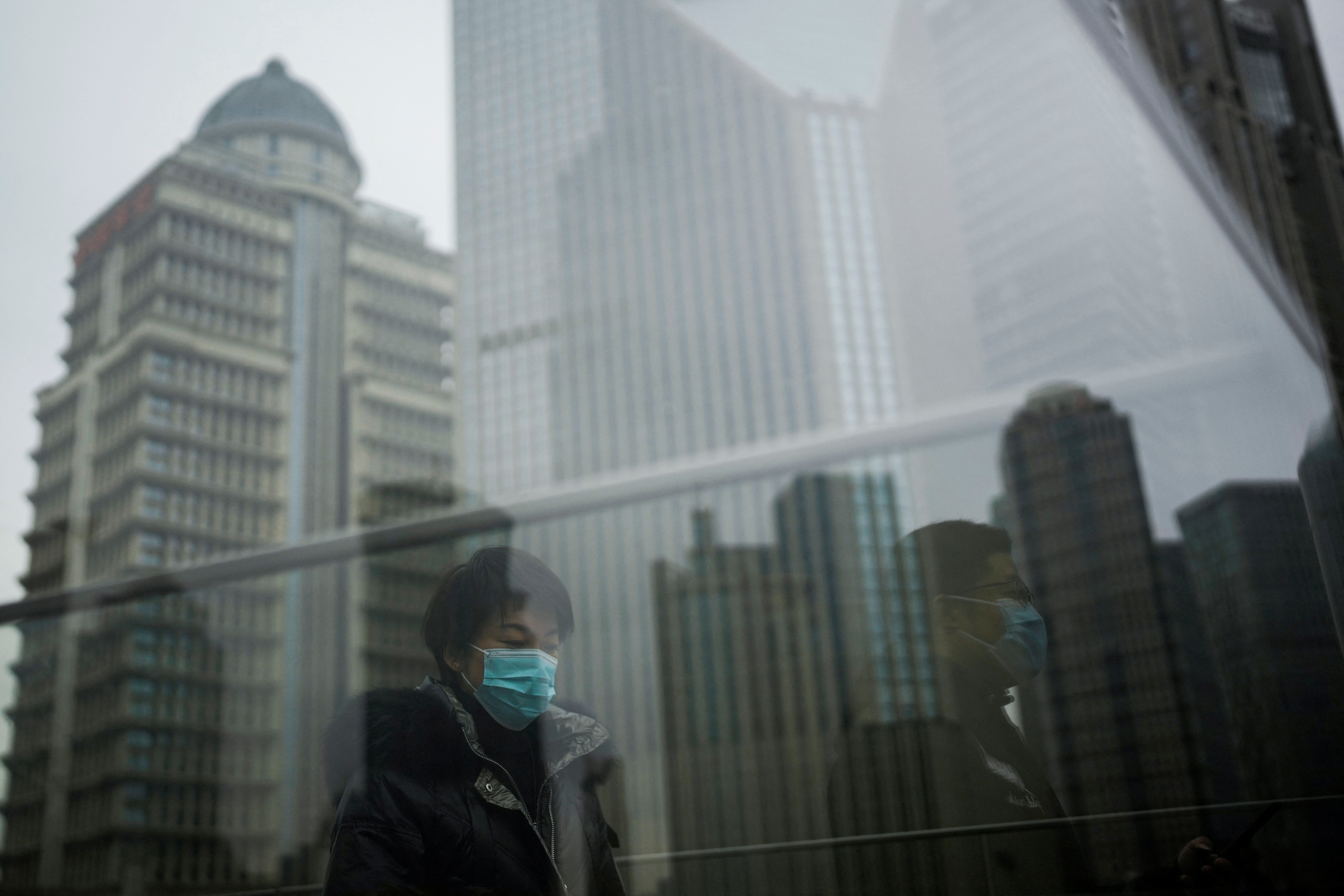 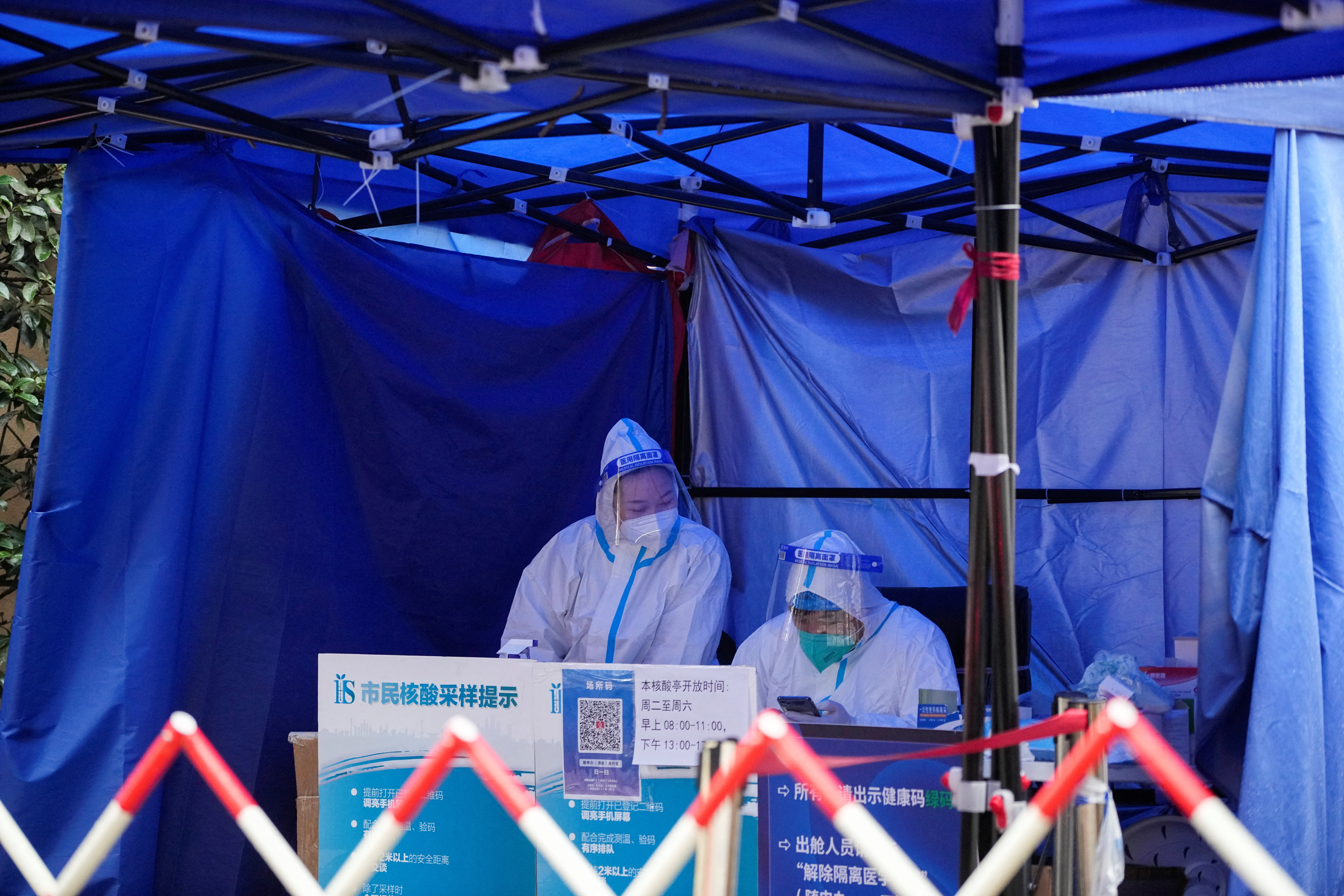 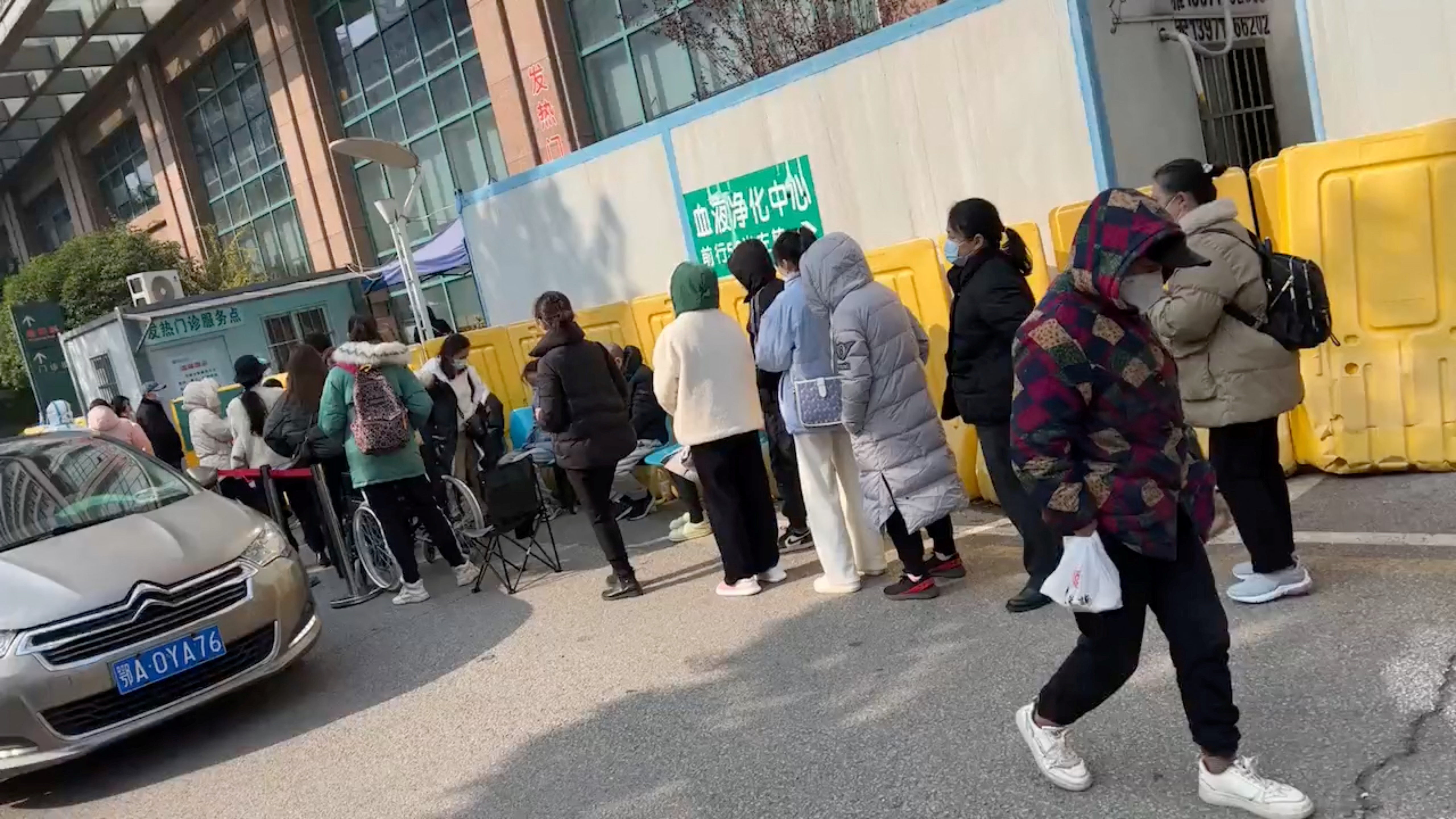 People wait outside a hospital, as the coronavirus disease (COVID-19) outbreak continues, in Wuhan, China, in this screen grab from a video obtained by REUTERS on December 9, 2022. 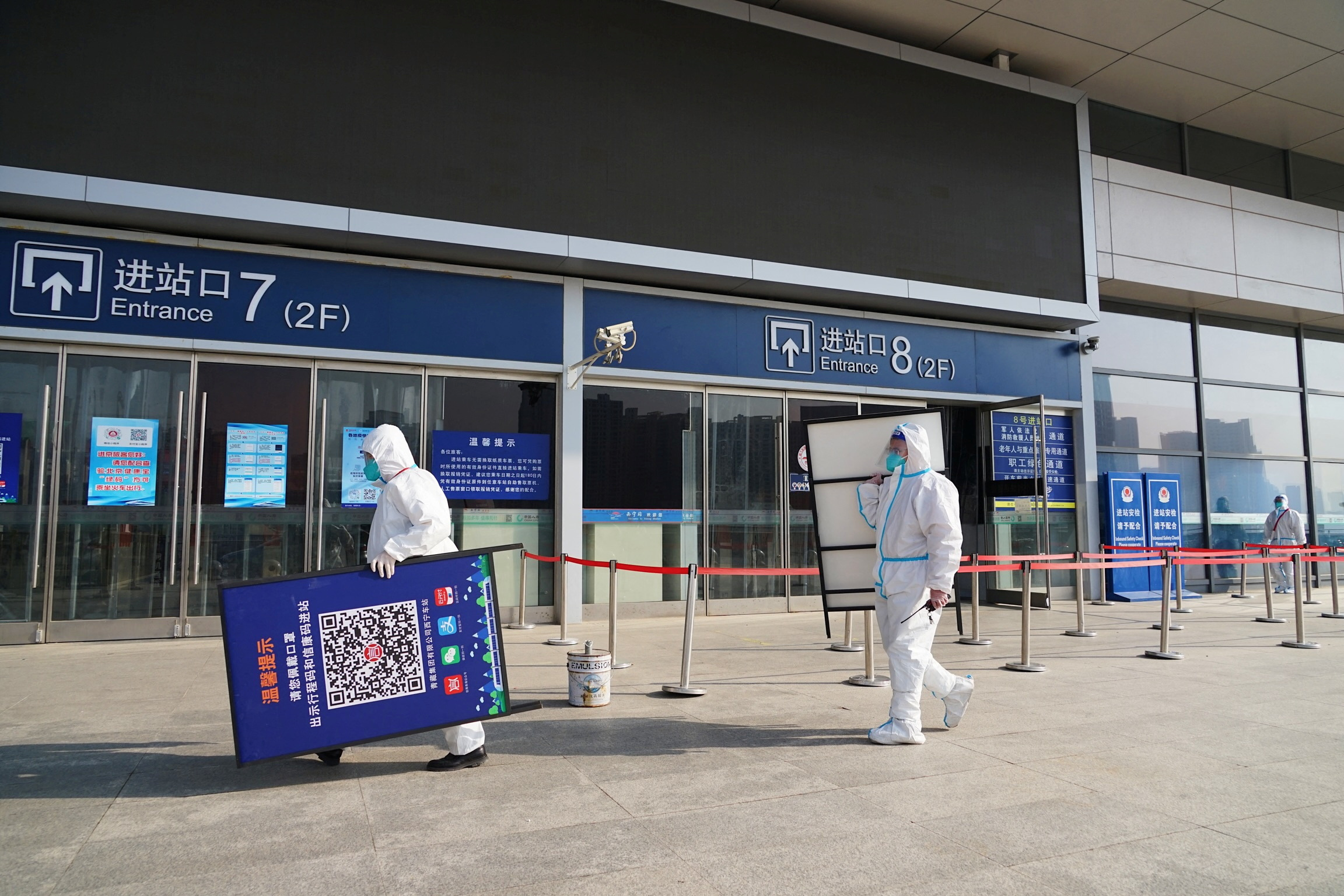 Workers in protective suits remove signs of a health code, which was used as a coronavirus disease (COVID-19) control measure, after the government withdrew this measure, at an entrance of a railway station in Xining, Qinghai province, China December 8, 2022. cnsphoto via REUTERS