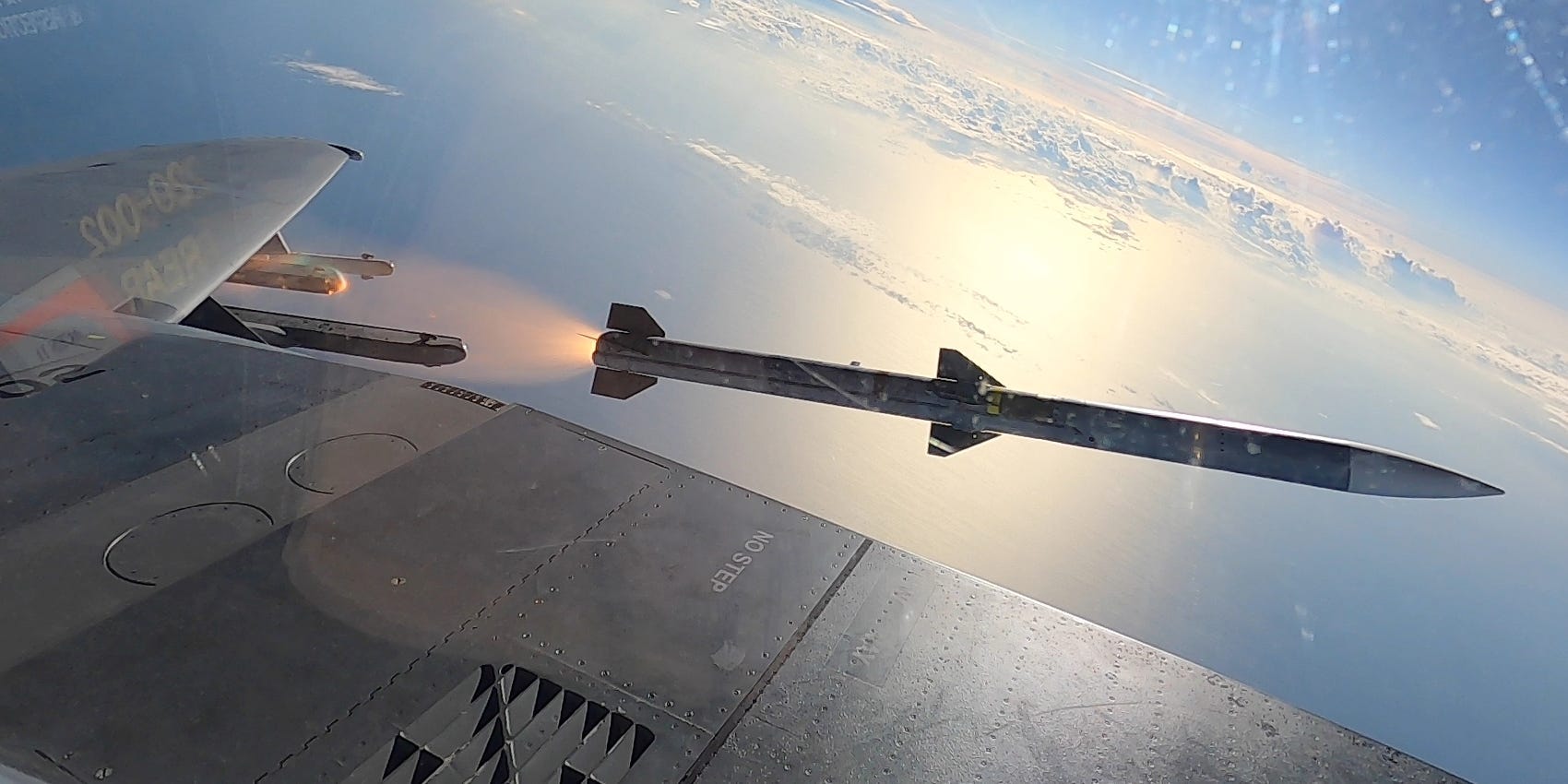 An F-15EX launches a missile from one of its new weapon stations on November 29.

According to the press release, the 96th Test Wing’s pilots fired an AIM-120 Advanced Medium-Range Air-to-Air Missile from Station 1 and an AIM-9X from Station 9 over the Eglin Test and Training Complex’s water range. Both aircraft successfully released the missiles on separate passes against a target drone.

This Operational Flight Program Combined Test Force mission was the first Air Force test flight to validate the weapons could be fired effectively and safely from those stations. The successful employment of these weapons, which adds up to four missiles to the payload compared to the F-15C and F-15E, is a major step in demonstrating the Eagle II aircraft’s missile capacity of 12 air-to-air missiles. 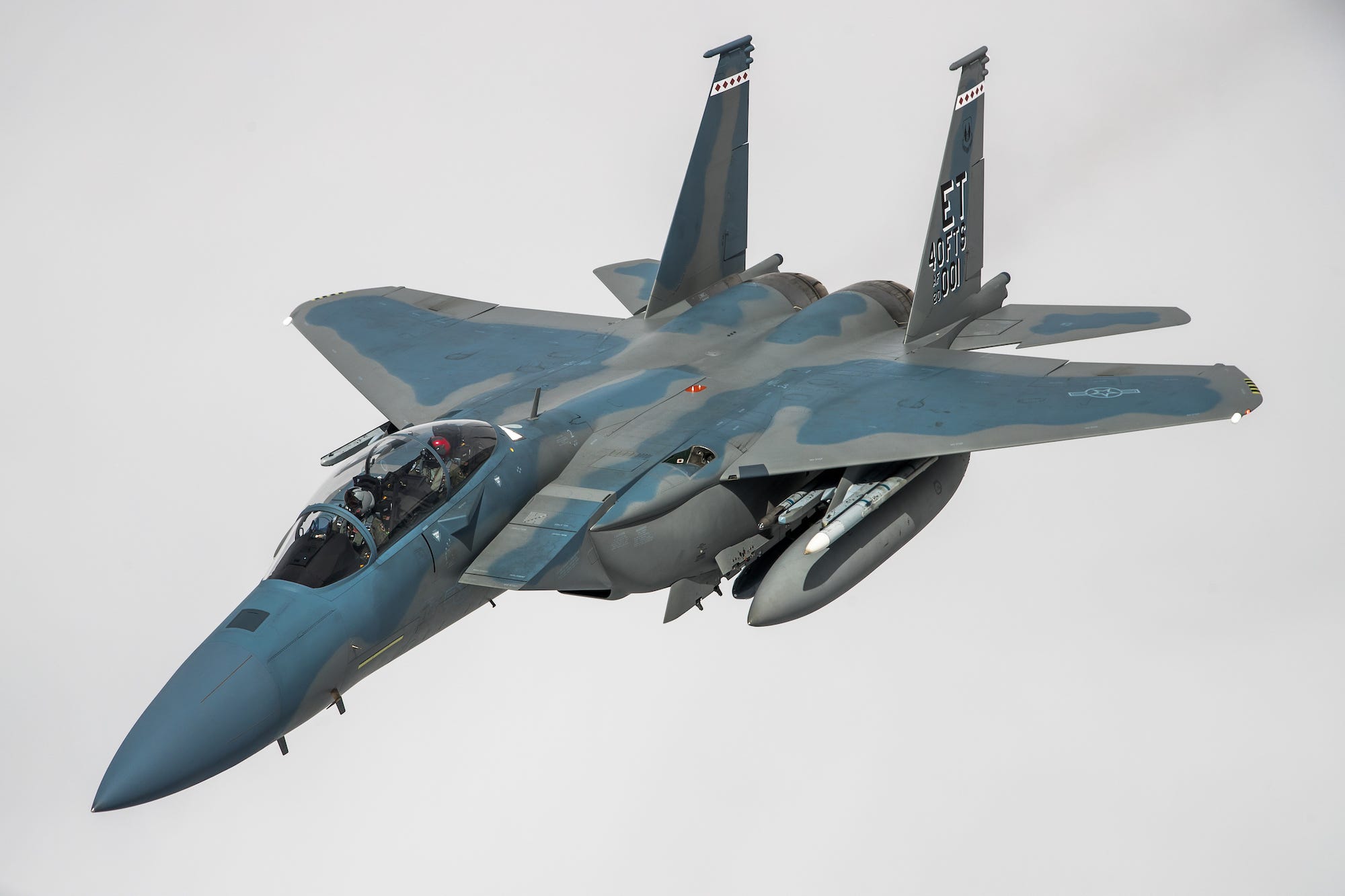 “I’m really proud to be a part of this milestone for the F-15EX program to deliver increased payload capacity to the combat air forces,” said Maj. Jeremy Schnurbusch, 40th FLTS-attached pilot, who fired the AIM-9X missile.

“Having been a part of the Eglin F-15EX team from day one, it’s exciting to see the progress made and new milestones achieved as we work to field the most combat-capable F-15EX,” added Maj. Brett Hughes, OFP CTF, who successfully fired the AIM-120 from Station 1.

The new weapon stations are the evolution of the outer wing pylons that were proposed during early testing of the F-15A but later deleted because of aerodynamic problems. At the time, however, the intention was to use them to carry ECM pods.

Now, the new pylons are equipped with two LAU-128 missile rails each, adding four missile stations to the payload. This mission, just nine months after the first missile fire test, provided the first test points for validating the expanded carriage and employment capabilities of the Eagle II.

“The integrated test strategy has been critical to our test success, allowing us to break the mold of traditional testing, ultimately resulting in a better overall product for the warfighter in a shorter timeline than a traditional approach,” said Colton Myers, OFP CTF F‑15EX test project manager.

Once initial testing is complete, operational units receiving the new F-15EX will be able to carry and employ a full load-out of 12 missiles on the aircraft upon fielding. 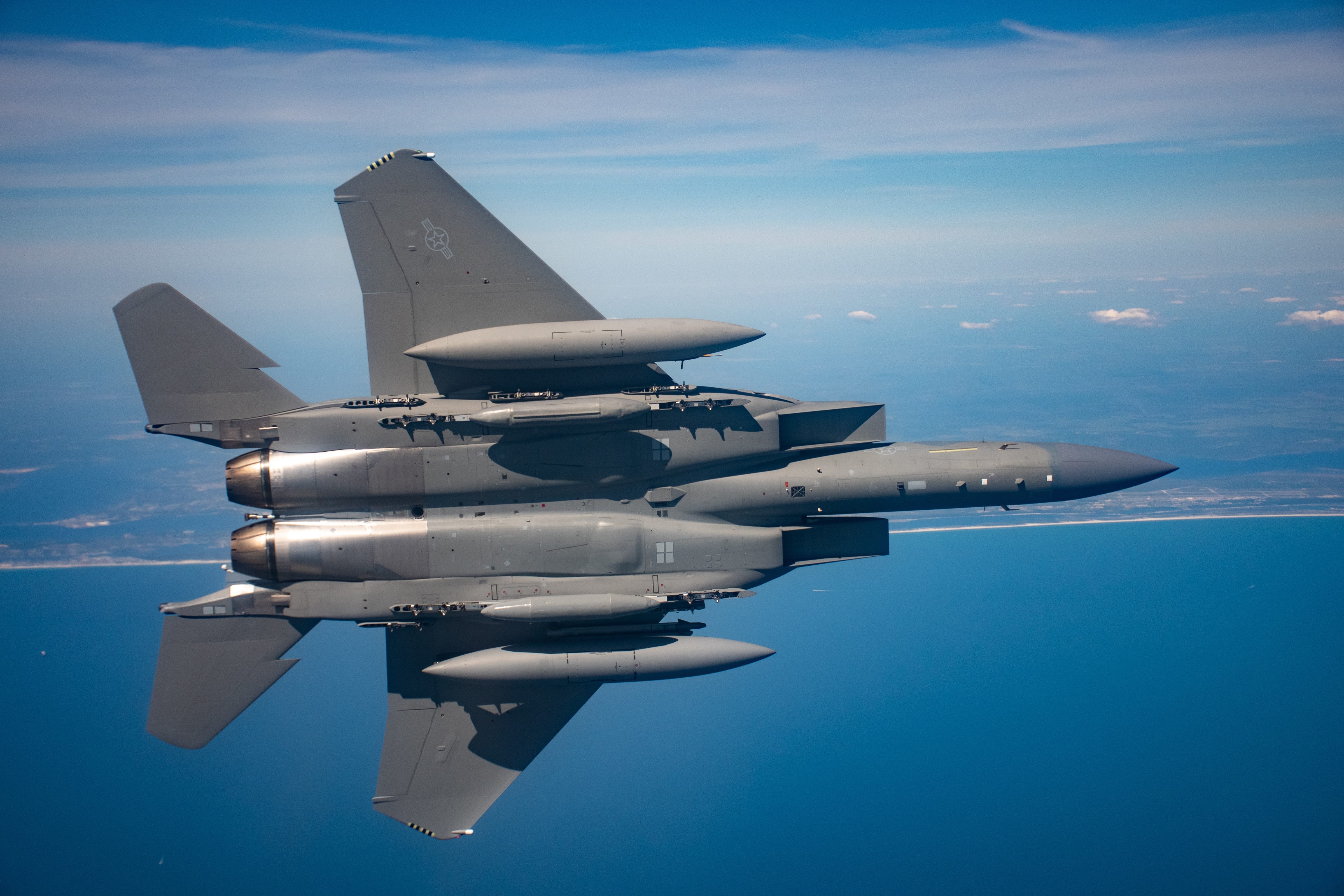 An F-15EX takes flight for the first time out of Eglin Air Force Base in April 2021.

As we mentioned when the aircraft was first delivered, while the 40th Flight Test Squadron took possession of the F-15 EX1 for the developmental testing (DT), EX2 was assigned to the 85th Test and Evaluation Squadron, which will be in charge of the operational testing (OT).

The two units are working together to complete the combined developmental and operational testing simultaneously and allow the EX to be delivered to the warfighter as soon as possible, while ensuring the aircraft meets test objectives.

This combination of Eglin’s testers allows the teams to identify any system issues early on, so they can be addressed before the F-15EX’s increased production and delivery to the squadrons.

The aircraft, which presents many differences compared to the F-15C that it will replace, is being pushed to its limits to make sure the F-15EX is ready to be fielded.