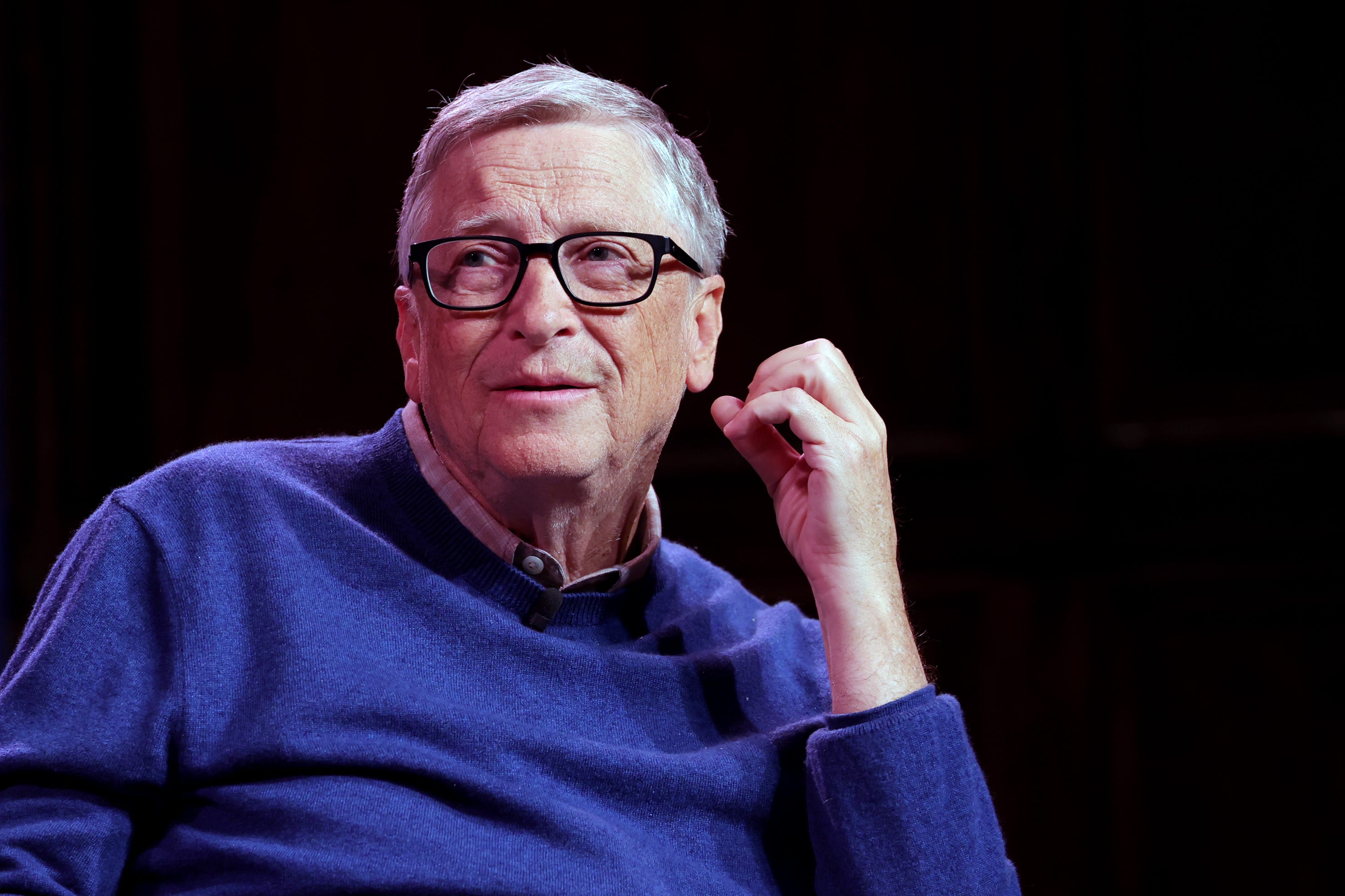 Bill Gates answered questions relating to the climate, the future, and his billion-dollar fortune during an ask-me-anything Reddit session on January 11, 2023.

Microsoft co-founder and philanthropist Bill Gates weighed in on the future of meat alternatives during his annual Ask Me Anything session on Reddit.

The 67-year-old billionaire fielded questions about a variety of topics from Redditors, including the climate and veganism, prompting Gate to share his optimism about plant-based meats.

“There are companies making ‘beef’ in new ways and people working to still use cows but reduce the methane emissions,” Gates wrote in the thread.

“I think eventually these products will be very good even though their share is small today,” he added.

However, the billionaire said he was less hopeful about the likelihood of the general public turning to veganism to save the climate.

“For people who want to go vegan that is great but I don’t think most people will do that,” he wrote.

The philanthropist concluded his answers to climate-related questions by emphasizing he believes it all comes down to cost, no matter which industry is being discussed.

“The key on climate is making the clean products as cheap as the dirty products in every area of emission — planes, concrete, meat etc,” Gates said. “This is the only way we can ask all the countries in the world to change. If it costs a lot extra we won’t succeed.”

He went on to name “climate innovation” as one of the four things he’s excited about for 2023.

During the AMA session, Gates also shared his thoughts on artificial intelligence, confirmed that he’s still team Android, and discussed why he owns 275,000 acres of farmland.

“I own less than 1/4000 of the farmland in the US,” Gates said in the thread. “I have invested in these farms to make them more productive and create more jobs. There isn’t some grand scheme involved – in fact all these decisions are made by a professional investment team.”