Luggage-laden passengers flocked to railway stations and airports in China’s megacities on Monday, heading home for holidays that health experts fear could intensify a COVID-19 outbreak that has claimed thousands of lives.

Authorities on Saturday said nearly 60,000 people with COVID had died in hospitals between Dec. 8 and Jan. 12, a huge increase from previous figures that had been criticised by the World Health Organisation for not reflecting the scale and severity of the outbreak.

Even those numbers most likely exclude many people dying at home, especially in rural areas with weaker medical systems, one health expert has said. Several experts forecast more than one million people in China will die from the disease this year.

Ahead of the Lunar New Year holidays, also known as the Spring Festival, which officially starts on Jan. 21, state media has been filled with stories of rural hospitals and clinics bolstering their supplies of drugs and equipment.

“The peak of COVID infection in our village has passed, but the Spring Festival is approaching and there are still left-behind villagers, especially the elderly, at risk of secondary infection,” a doctor in Shaanxi province said in an article by regional news outlet Red Star News.

“If the anti-viral and other drugs were more abundant, I would be more confident,” the doctor added.

As well as fever drugs and oxygen supplies, China’s National Health Commission has said it would equip every village clinic with pulse oximeters, fingertip devices commonly used during the pandemic to quickly check oxygen levels.

Beijing’s main rail station has been packed with passengers leaving the capital in recent days, according to Reuters witnesses.

In Hong Kong, the government has said it would increase the number of people who can pass through designated land border control points to the mainland to 65,000 people per day from 50,000 between Jan. 18 and Jan. 21.

China’s transport ministry has said it expects more than 2 billion trips in the weeks around the holidays.

The revival of travel in China has lifted expectations of a rebound in the world’s second-largest economy, which is suffering its lowest growth rates in nearly half a century.

China’s blue-chip index (.CSI300) was up 0.6% on Monday, while global oil prices have also been supported on expectations of a recovery in demand from the world’s top importer China.

Chinese data on economic growth, retail sales and industrial output due this week are certain to be dismal, but markets will likely look past that to how China’s reopening could bolster global growth, analysts say. 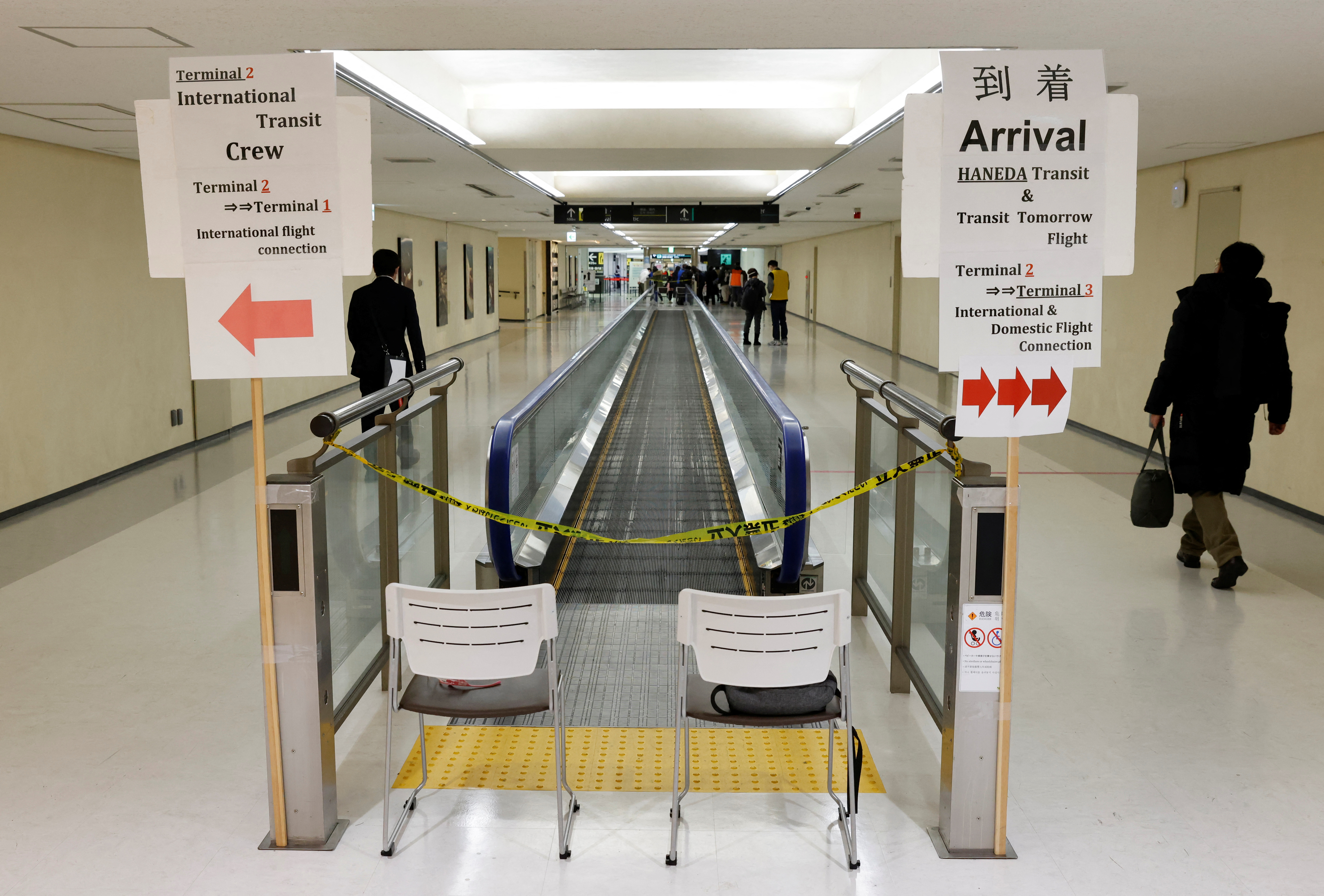 A passenger of a plane from Dalian in China, heads to the coronavirus disease (COVID-19) test area, upon his arrival at Narita international airport in Narita, east of Tokyo, Japan January 12, 2023. REUTERS/Kim Kyung-Hoon 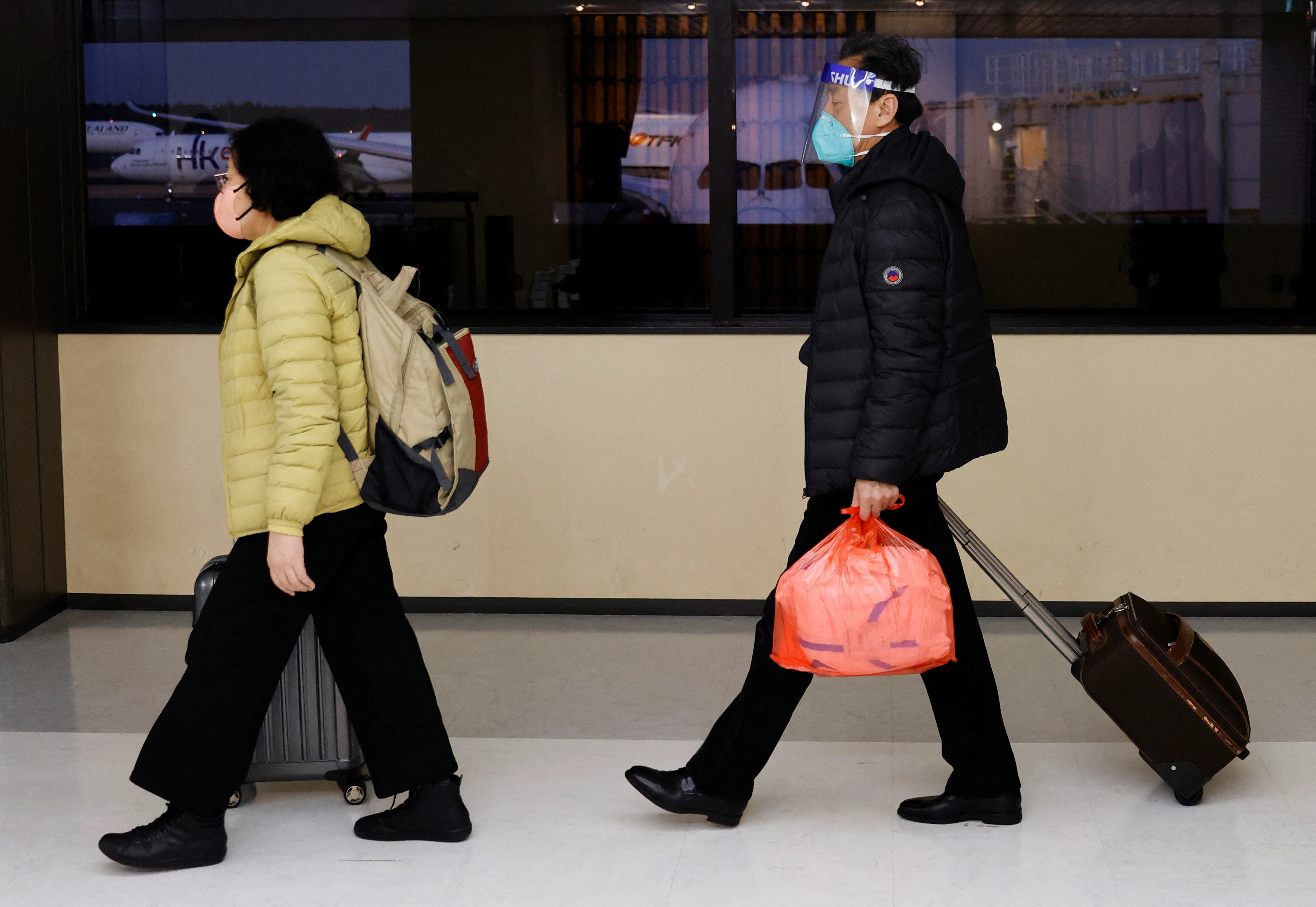 Passengers of a plane from Dalian in China, head to the coronavirus disease (COVID-19) test area upon their arrival at Narita international airport in Narita, east of Tokyo, Japan January 12, 2023. REUTERS/Kim Kyung-Hoon
Advertisements
Advertisements