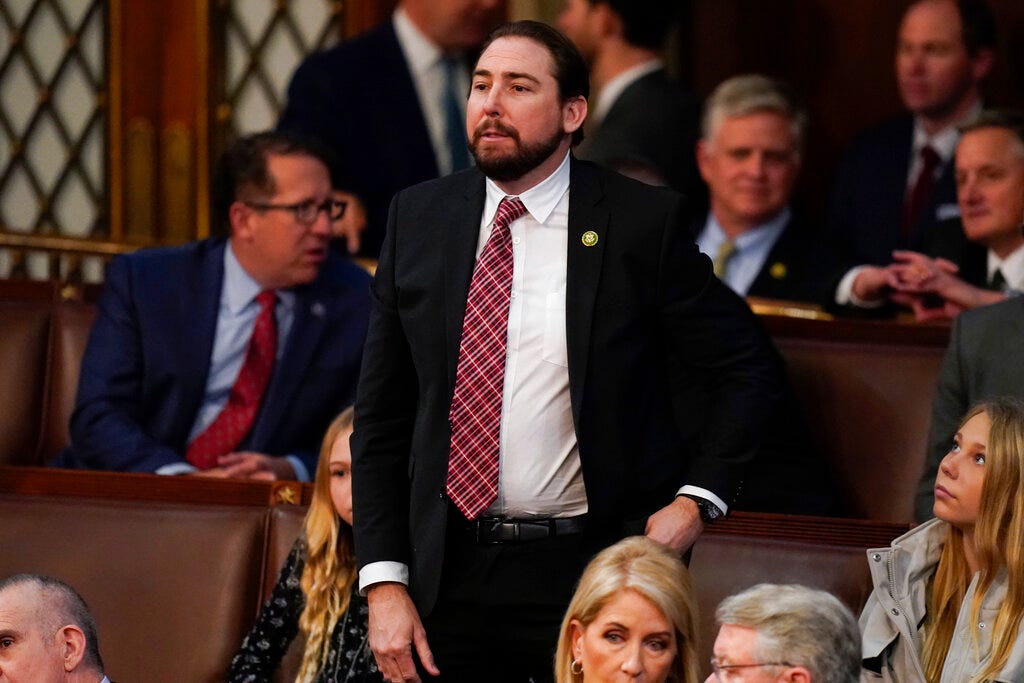 Before now-Rep. Eli Crane had even been sworn into Congress, he received a call from former President Donald Trump asking him to back Rep. Kevin McCarthy of California to become the next House speaker.

But the newly-elected Arizona Republican, who believed that McCarthy represented the brand of establishment politics that his voters sent him to Washington, DC to reject, turned down the former president’s entreaties.

“Sir, I’m sorry, we love you out in Arizona, but I’ve been listening to my voters,” Crane told Trump, per the lawmaker’s recent interview with The New York Times.

After a five-day process and 15 rounds of balloting in which McCarthy was opposed by an array of conservative lawmakers who wanted to see the House GOP Conference move forward in a different direction, the Californian broke through and won the speakership vote 216-212 over Democratic leader Hakeem Jeffries of New York.

Crane told The Times that he had not sought a specific committee assignment nor was he looking for attention by holding out in casting a vote in favor of McCarthy.

In the first 14 ballots, Crane supported conservative alternatives to McCarthy before voting “present” in the 15th and final ballot.

“I did not want to come up here and be a representative who heard what my voters said and came up here and caved to the pressure,” Crane said. “I didn’t want anything, other than to do what I was sent here to do.”

As the days went on, the congressman remarked on the intense pressure from fellow Republicans to end the voting process and coalesce around McCarthy as speaker.

“Everybody was pressuring,” Crane told the Times, adding that “the pressure just kept escalating” once the initial group of roughly 20 holdouts was whittled down to just a few members.

Crane told the newspaper that he’d like to serve on the Foreign Affairs, Homeland Security, and Natural Resources Committees, but felt that he could be shut out due to his speakership vote.

“I expect it,” Crane said, despite McCarthy’s assurances that members would not receive any internal blowback for their votes.

“We’ll see what happens. I might wind up in the broom closet,” he added.

Home » Audio Sources - Full Text Articles » Arizona GOP Rep. Eli Crane, a freshman lawmaker who opposed Kevin McCarthy as speaker, says he ‘might wind up in the broom closet’ over his vote
a
Advertisements