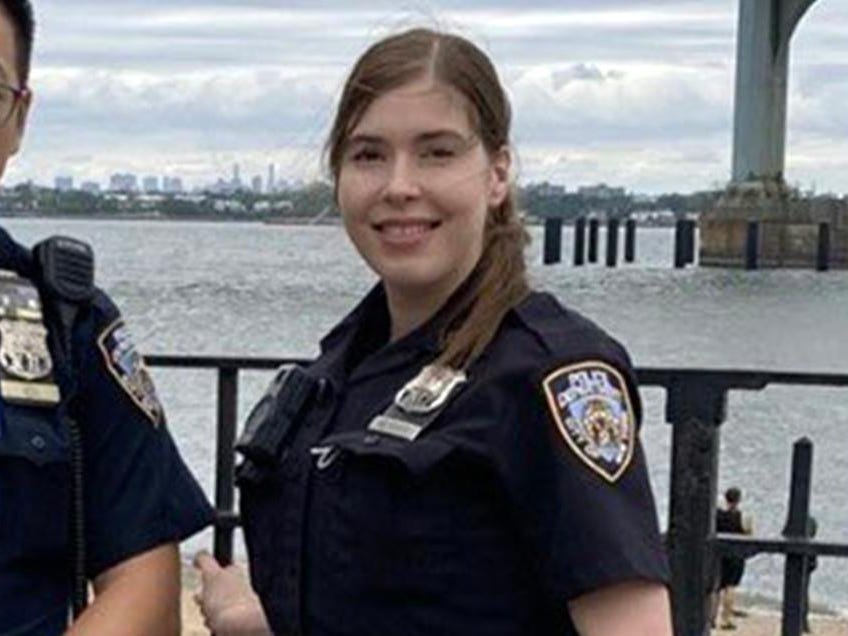 Christine Meisner (pictured), 29, filed the complaint against Sgt. Nakia Middleton-House, 44, for pulling her ponytail about two months after the incident occurred, source says.

An NYPD police officer is accusing a sergeant of yanking her ponytail in their Queens station, a complaint reads.

“You put your hair in a bun or a perp might do this,” Middleton-House said to Meisner, according to the complaint, before pulling her hair, the Post reported. The document said Meisner stumbled back.

In her complaint, Meisner says Middleton-House, a 17-year veteran of the force, was aware before pulling her ponytail that Meisner had an existing neck injury, according to the report from NY Post. No one was charged in the incident.

Vallelong told the NY Post that the “false report” was filed after Meisner was disciplined for not properly requesting time off. Middleton-House was disciplined in 2018 for using a department database for information unrelated to work.

Vallelong added that in a video depicting the alleged incident “the officer did not stumble and the sergeant did not jerk her back,” he told NY Post.

“If we would like to send the wrong message and discipline our sergeant for doing her job then tell me what message I should send to all my members across the department!”