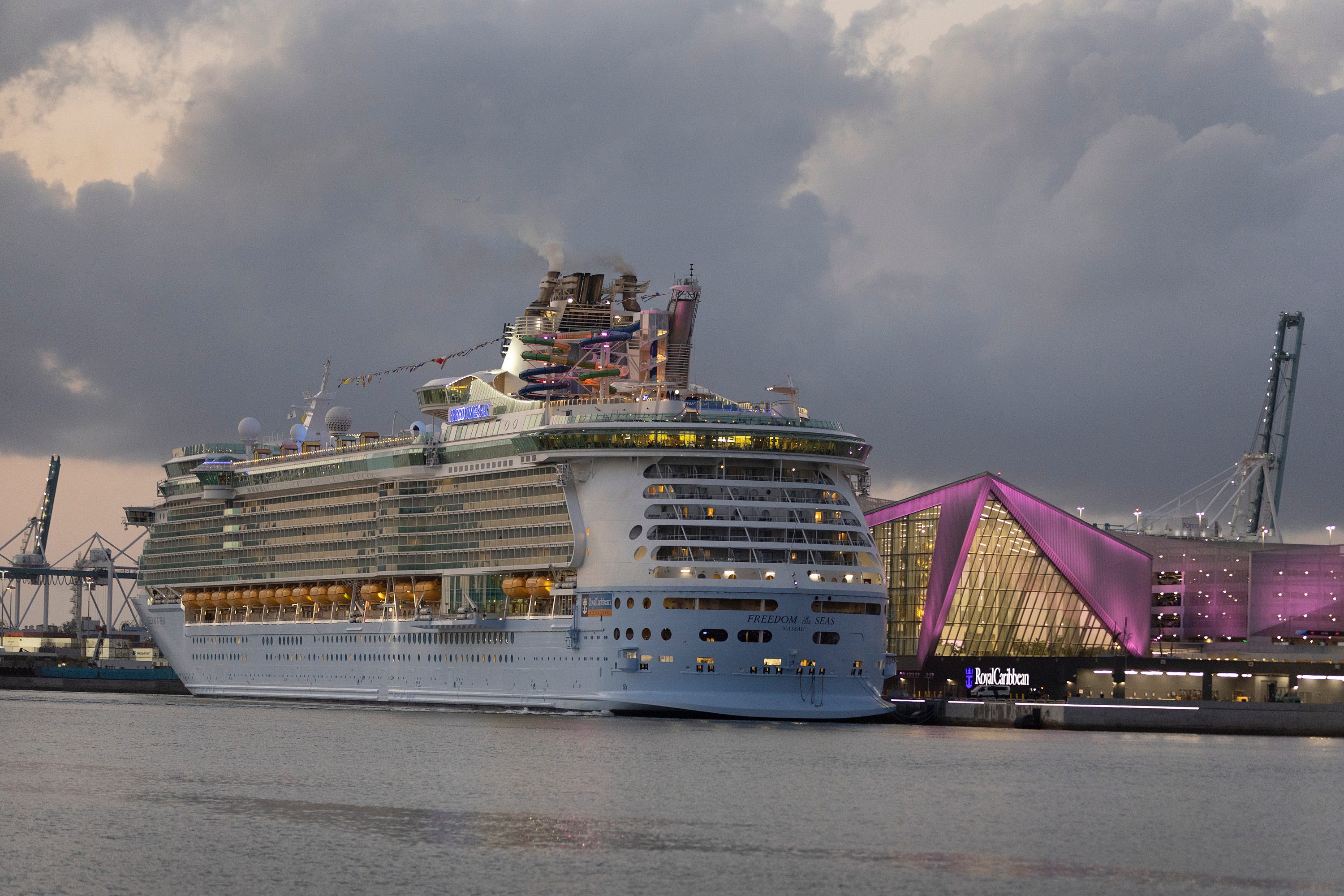 A Royal Caribbean cruise ship rescued 17 people thought to be Cuban migrants crammed into a tiny boat on Saturday as it sailed towards the Bahamas.

Justin Bradford, 39, was a passenger on the Liberty of the Seas. He told Insider: “If you’re an American, you’ve seen people from Cuba making that trek on TV. But to see it in real life was really emotional — and everyone was in shock and disbelief.”

Due to heavy winds, the cruise ship had skipped a planned day trip to CocoCay, a private island in the Bahamas owned by Royal Caribbean.

This turned out to be a “lucky” coincidence, said Bradford, as it ended up crossing paths with the tiny boat that the Royal Caribbean captain said had been adrift for weeks.

Bradford was eating breakfast when he first noticed a speck of color in the distance. “At first, some people thought it was a buoy,” he said. “But as we got closer, we realised: that’s a boat. There’s people out there.”

The people on the tiny boat were waving pieces of red fabric, said Bradford. Passengers went out onto the deck to take a closer look.

Over the intercom, the captain announced that they were going to attempt a rescue mission. “We could already feel the ship slowing down,” Bradford told Insider.

Due to high winds, Liberty of the Seas couldn’t send a rescue craft itself, but slowed to a halt and waited while the tiny boat made its way closer to the liner.

That took about 45 minutes in total, Bradford said. “As they approached, people were applauding.”

Once the migrants finally reached them, a crew member tossed a rope so that they could attach their vessel to the 1,112-foot cruise ship.

It got “really emotional,” said Bradford. “No matter what people think about immigration, seeing these people make a desperate effort like that makes you think: they had to be escaping something really bad.”

A louder wave of applause broke out as the migrants boarded Liberty of the Seas one by one.

They sprayed some red paint on their small boat before setting it adrift to inform other ships that the craft had been abandoned and its passengers rescued.

In a statement to Insider, Royal Caribbean said: “While en route to The Bahamas, Liberty of the Seas encountered a small vessel adrift and in need of assistance. The ship’s crew immediately launched a rescue operation, safely bringing 17 people onboard. The crew is actively giving them medical attention, and working with the United States Coast Guard.”

This was the latest in a series of similar incidents of cruise ships crossing paths with migrants’ boats. Last week, Celebrity Cruise captain Kate McCue shared a viral video of her crew’s successful attempt to rescue 19 migrants off the coast of Florida.