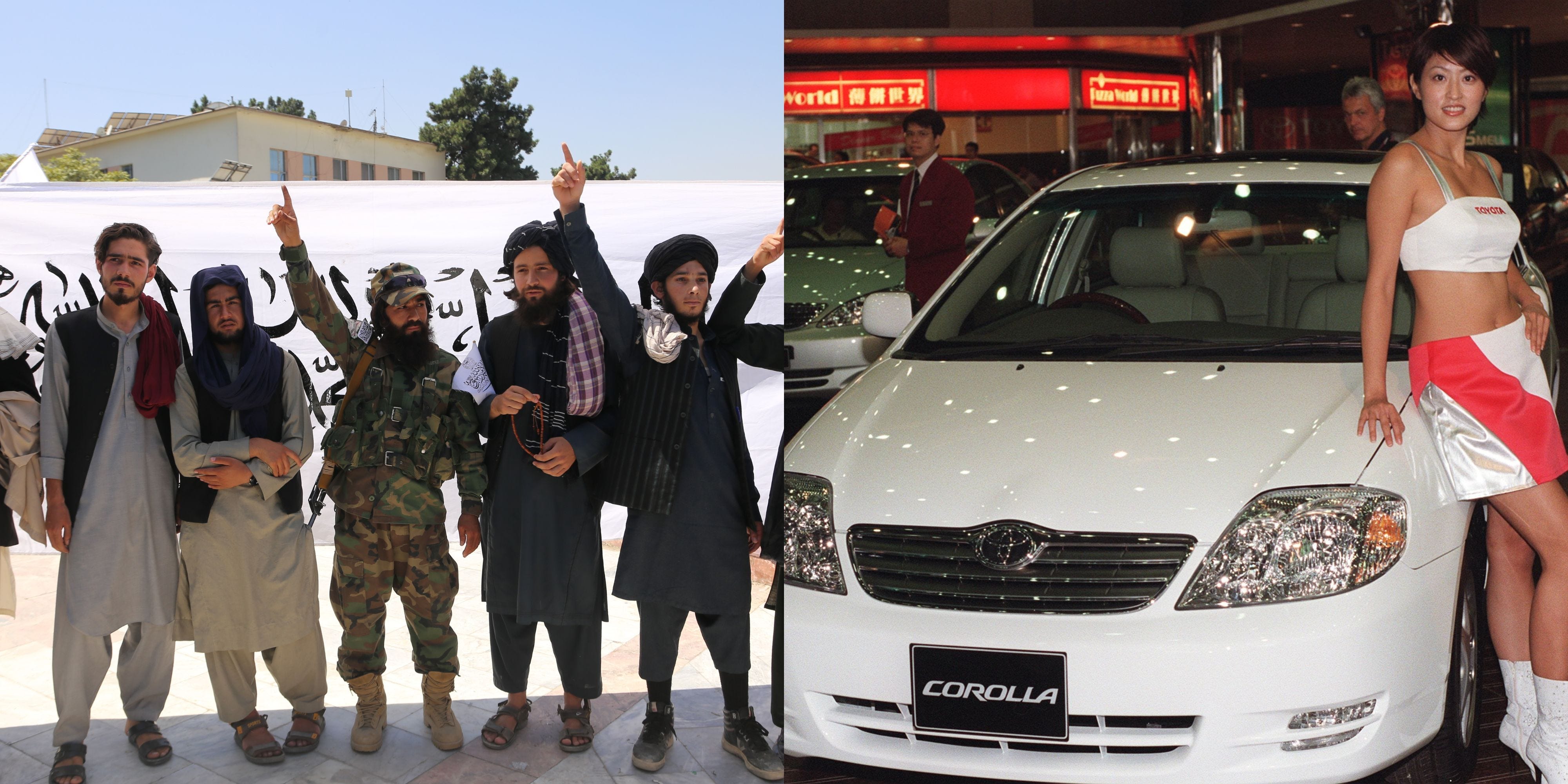 Afghanistan unveiled a supercar that is powered by a 2000 Toyota Corolla engine.

Afghanistan recently unveiled what may be its first sports car and Taliban officials are recognizing the achievement.

On Sunday, Zabihullah Mujahid, the Taliban’s official spokesperson, shared a video on Twitter of the car doing donuts in the snow. He said the car was an honor for the country, according to The Telegraph.

The vehicle, named Mada 9, was built over five years by a company named Entop with a team of 30 engineers and designers from the Afghanistan Technical Vocational Institute, according to a report by Tolo News, a local Afghanistan news channel.

The head of the school, Ghulam Haidar Shahamat, told the outlet that the engine is “powerful enough” to allow the driver to increase the speed. But, he noted, the engine is from a 2000 Toyota Corolla.

“The main purpose is to install an electric engine in it,” he added.

It’s unclear what the car’s specifications are or how fast it can go. There are no videos of the car moving at high speeds or making difficult maneuvers outside of the video shared by the Taliban’s spokesperson.

Mohammad Riza Ahmadi, the designer of Mada 9, told Tolo News that he hopes the car will be a beacon for the embattled country.

“This car will be an ambassador and will drive across Afghanistan and convey the value of knowledge to the people,” he said.

One promotional video of the car starts with a shot of the desert floor, strewn with bullets, before it closes in on a disheveled man. After he steps across a pathway of bullets, the man walks up to a covered vehicle to finally unveil the Mada 9.

Afghanistan’s economy has collapsed since the Taliban’s takeover of the country in August 2021. According to the U.S. Insitute of Peace, the country’s economy has shrunk 20 to 30 percent within a year under the regime’s control.

More than a million Afghans fled the country between October 2021 and January 2022, The New York Times reported, citing migration researchers.

In January 2022, United Nations Secretary-General Antonio Guterres sounded the alarm to nations about the dire state of the country.

“Six months after the takeover by the Taliban, Afghanistan is hanging by a thread,” he said. “For Afghans, daily life has become a frozen hell.”

Ahmadi, the car designer, told Tolo News that the car has received offers but is not for sale. The Mada 9 will be showcased across Afghanistan and perhaps be exhibited internationally, he said.