China’s population fell last year for the first time since 1961, a historic turn that is expected to mark the start of a long period of decline in its citizen numbers and see India become the world’s most populous nation in 2023.

Much of the demographic downturn is the result of China’s one-child policy that it imposed between 1980 and 2015 as well as sky-high education costs that have put many Chinese off having more than one child or even having any at all.

China’s stringent zero-COVID policies that were in place for threee years before an abrupt reversal which has overwhelmed medical faciliites, have caused further damage to the country’s bleak demographic outlook, population experts have said.

Although local governments have since 2021 rolled out measures to encourage people to have more babies, including tax deductions, longer maternity leave and housing subsidies, the steps are not expected to arrest the long-term trend. 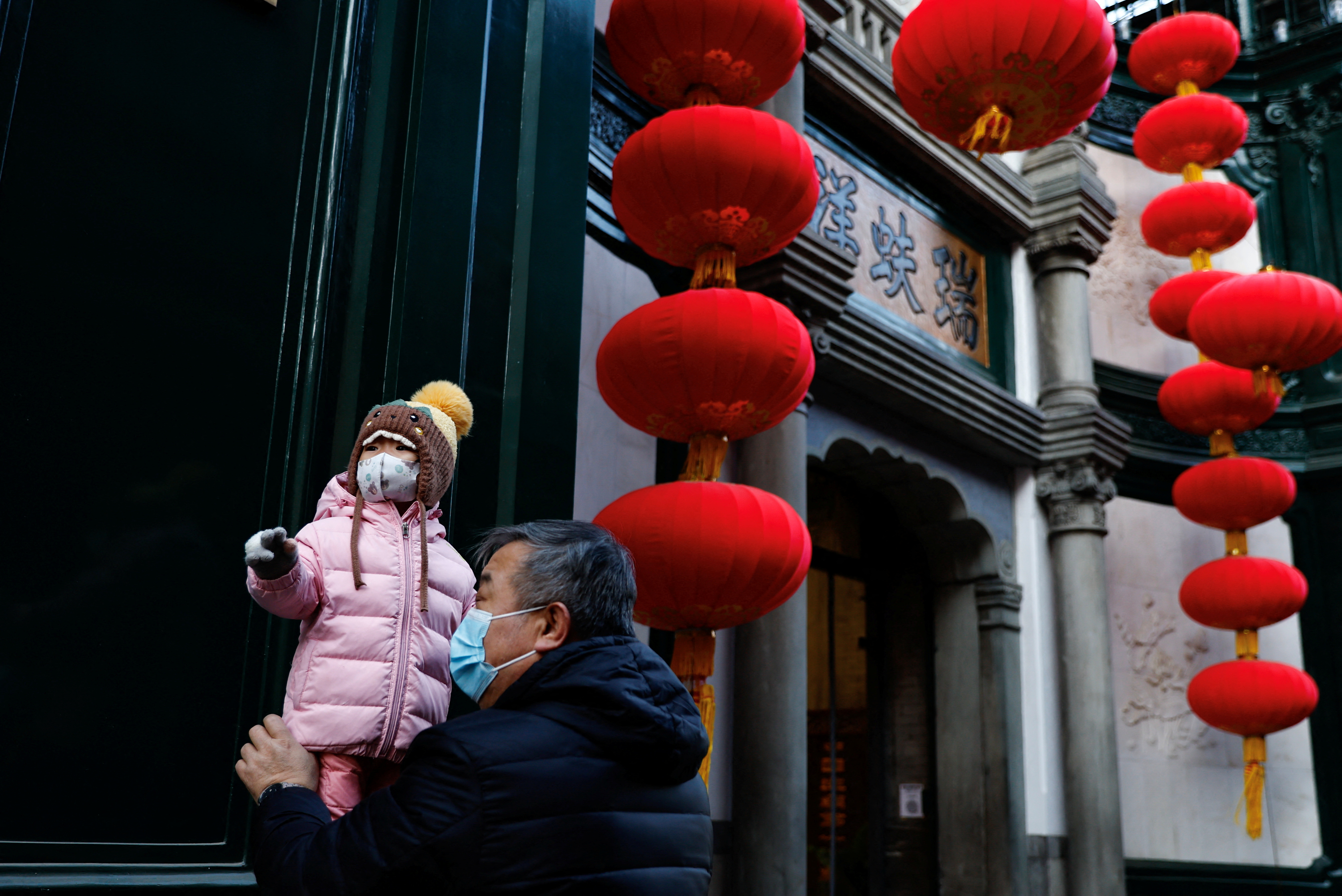 An elderly person holds a child near lanterns decorating a shop ahead of the Chinese Lunar New Year, in Beijing, China, January 15, 2023. REUTERS/Tingshu Wang 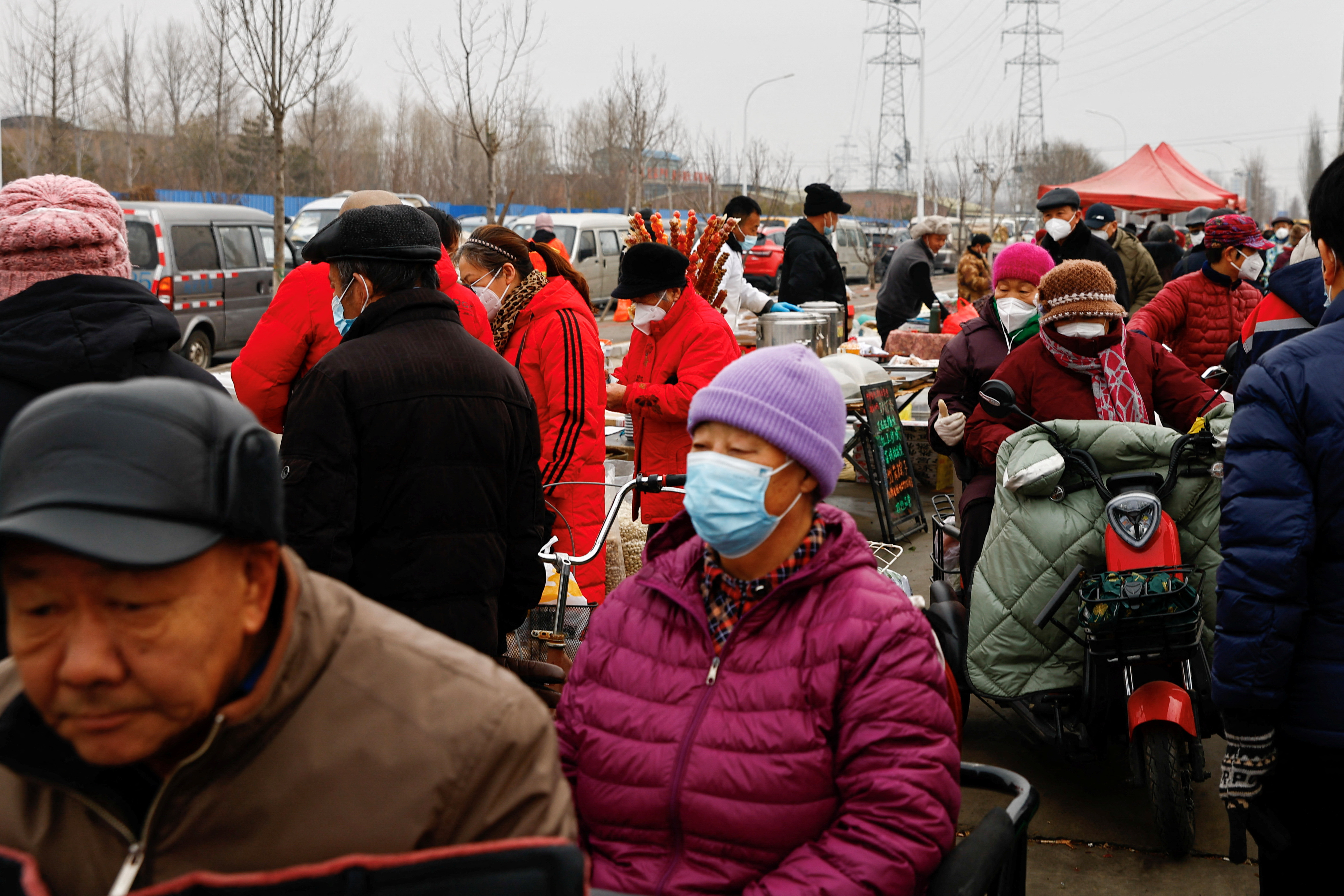 Elderly people shop ahead of the Chinese Lunar New Year at an outdoor market in Beijing, China January 13, 2023. REUTERS/Tingshu Wang 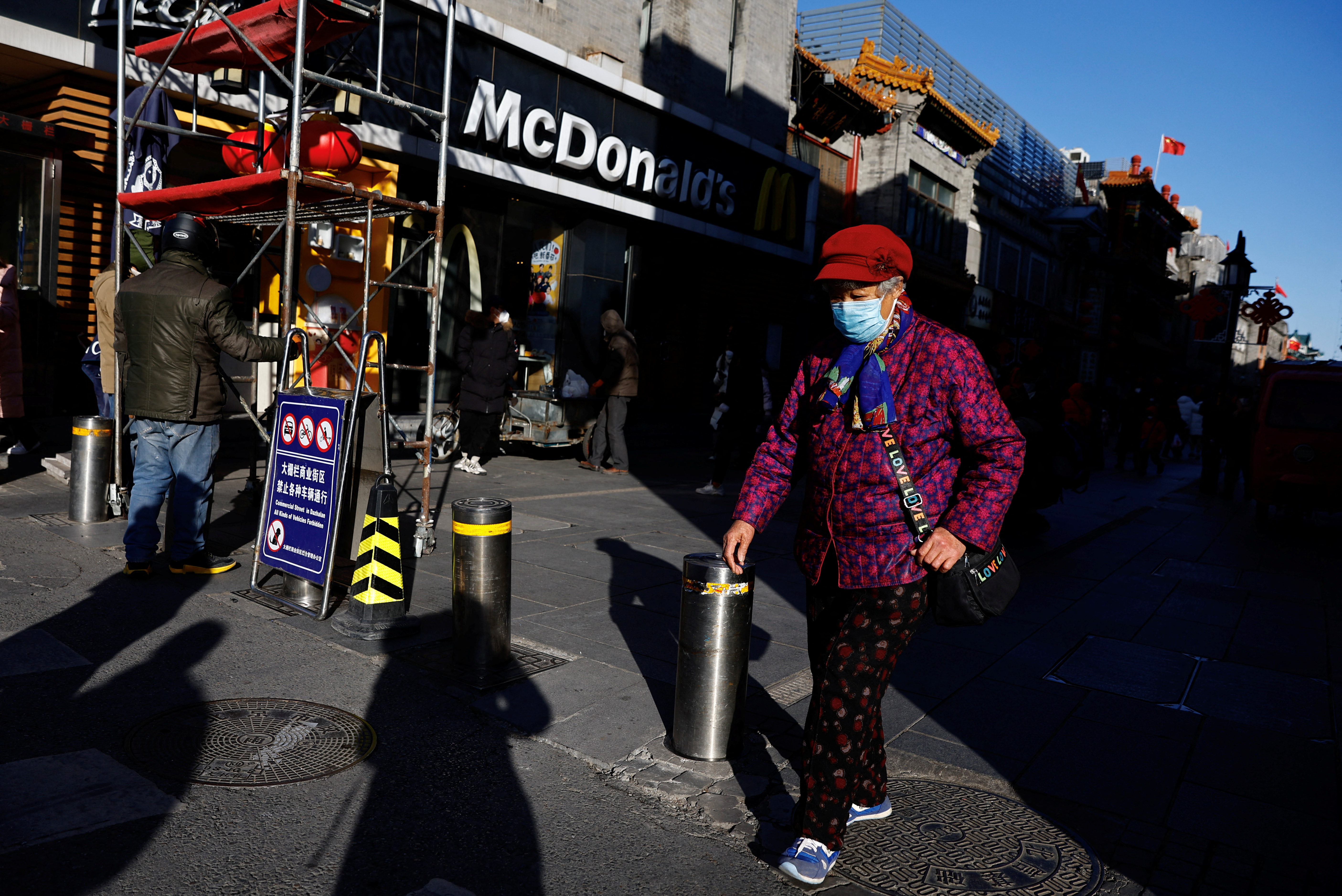 An elderly person walks past Qianmen street ahead of the Chinese Lunar New Year in Beijing, China January 15, 2023. REUTERS/Tingshu Wang 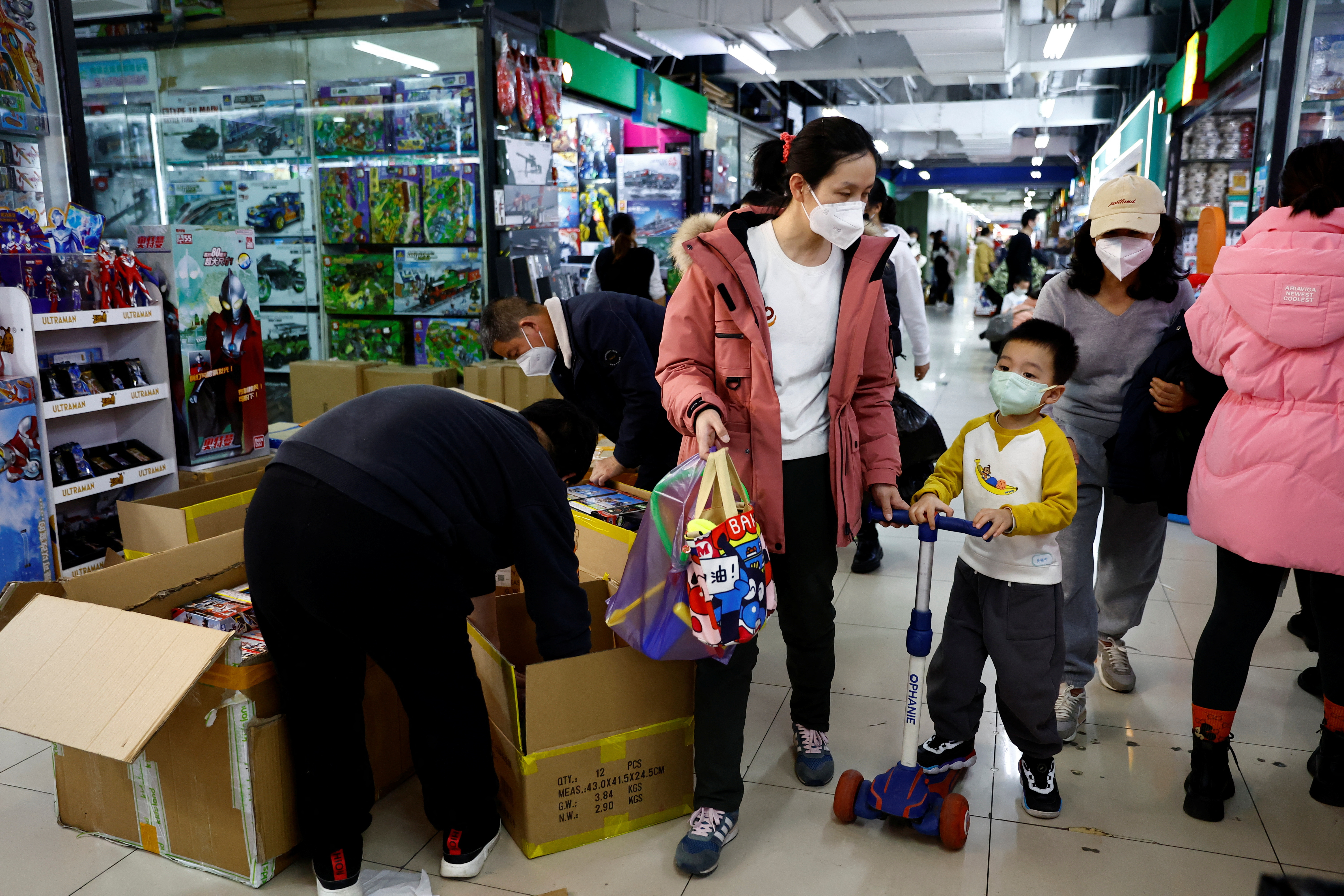 A woman and a child walk past workers sorting toys at a shopping mall in Beijing, China January 11, 2023. REUTERS/Tingshu Wang 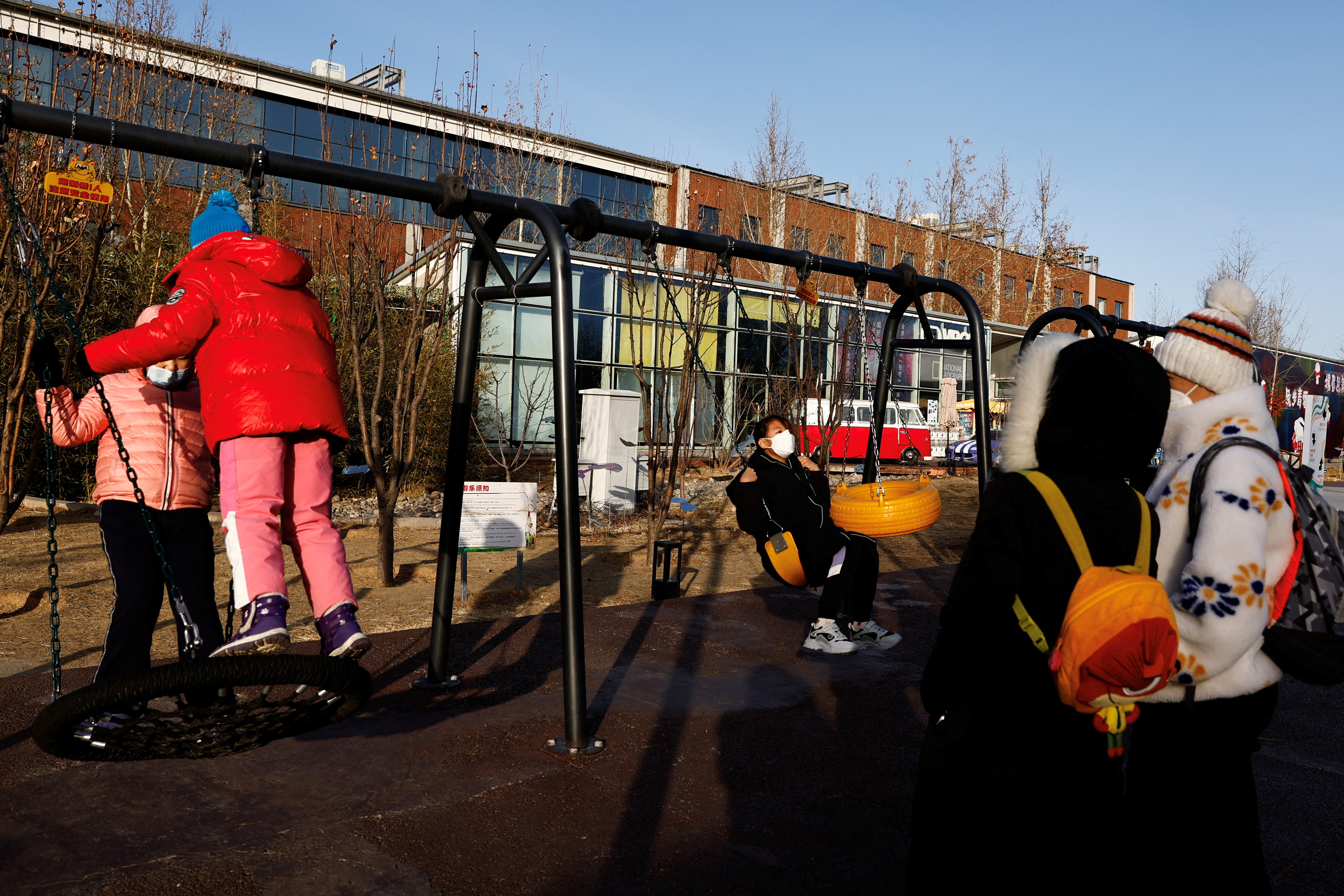