Searchers used drones and rappelled down a 200 metres (656 feet) deep gorge in west Nepal on Tuesday to search for two passengers still unaccounted for after the country’s deadliest plane crash in 30 years, which killed at least 70 people.

Difficult terrain and inclement weather was hampering rescue efforts near the tourist city of Pokhara, where the Yeti Airlines ATR 72 turboprop carrying 72 people crashed in clear weather on Sunday just before landing.

“There is thick fog here now. We are sending search and rescue personnel using ropes into the gorge where parts of the plane fell and was in flames,” Ajay K.C., a police official in Pokhara who is part of the rescue efforts, told Reuters.

Searchers found two more bodies on Monday before the search was called off because of fading light.

“There were small children among the passengers. Some might have been burnt and died, and may not be found out. We will continue to look for them,” K.C. said.

Television channels showed footage of some weeping relatives waiting for the bodies of their loved ones outside a hospital where autopsies are being conducted in Pokhara.

On Monday, searchers found the cockpit voice recorder and flight data recorder from the flight, both in good condition, a discovery that is likely to help investigators determine what caused the crash.

Under international aviation rules, the crash investigation agencies of the countries where the plane and engines were designed and built are automatically part of the inquiry.

ATR is based in France and the plane’s engines were manufactured in Canada by Pratt & Whitney Canada (RTX.N).

French and Canadian air accident investigators have said they plan to participate in the probe. 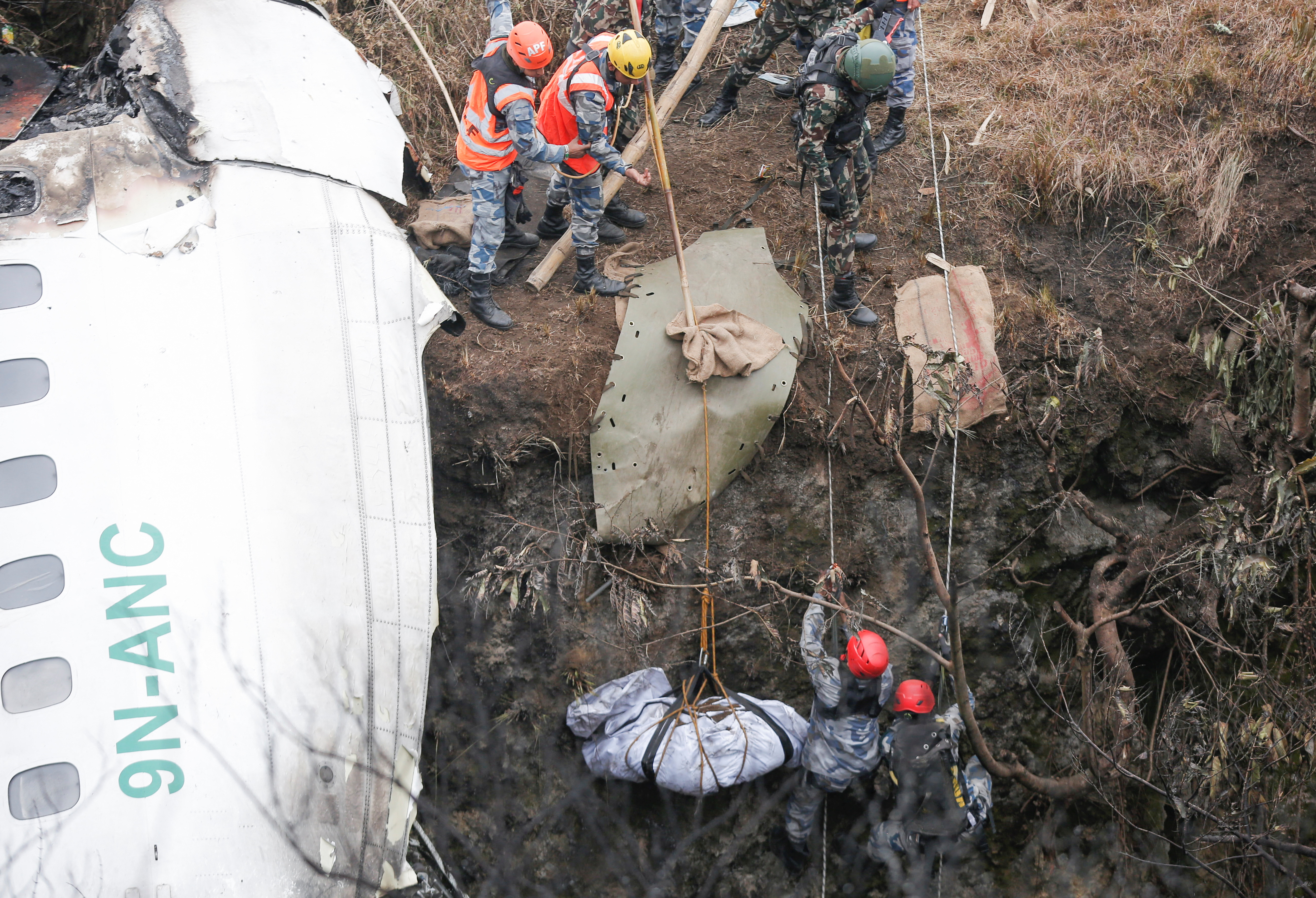 A rescue team recovers the body of a victim from the site of the plane crash of a Yeti Airlines operated aircraft, in Pokhara, Nepal January 16, 2023. REUTERS/Rohit Giri 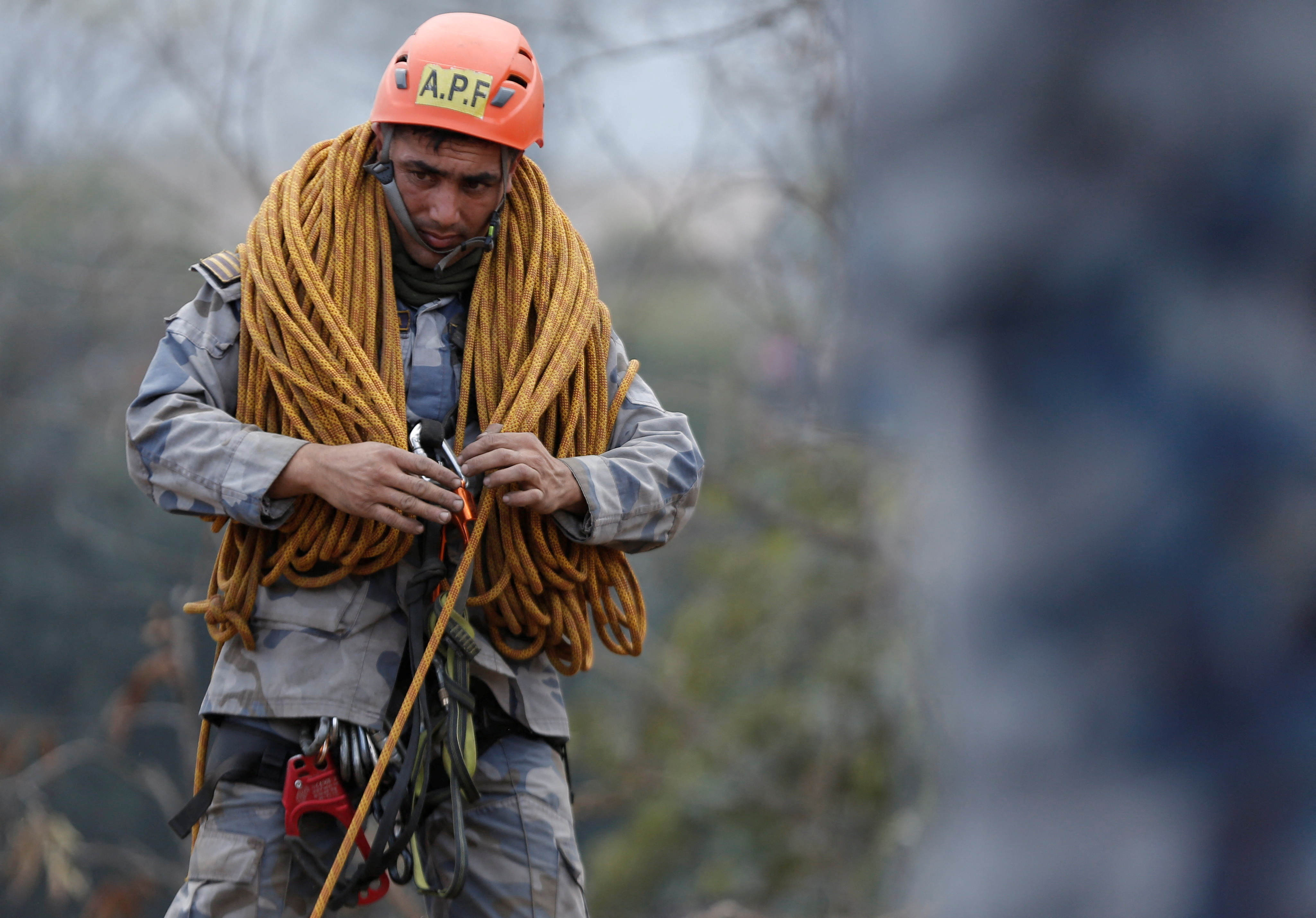 A member of Arm Police Force works at a crash site of a Yeti Airlines operated aircraft, in Pokhara, Nepal January 16, 2023. REUTERS/Rohit Giri NO RESALES. NO ARCHIVES 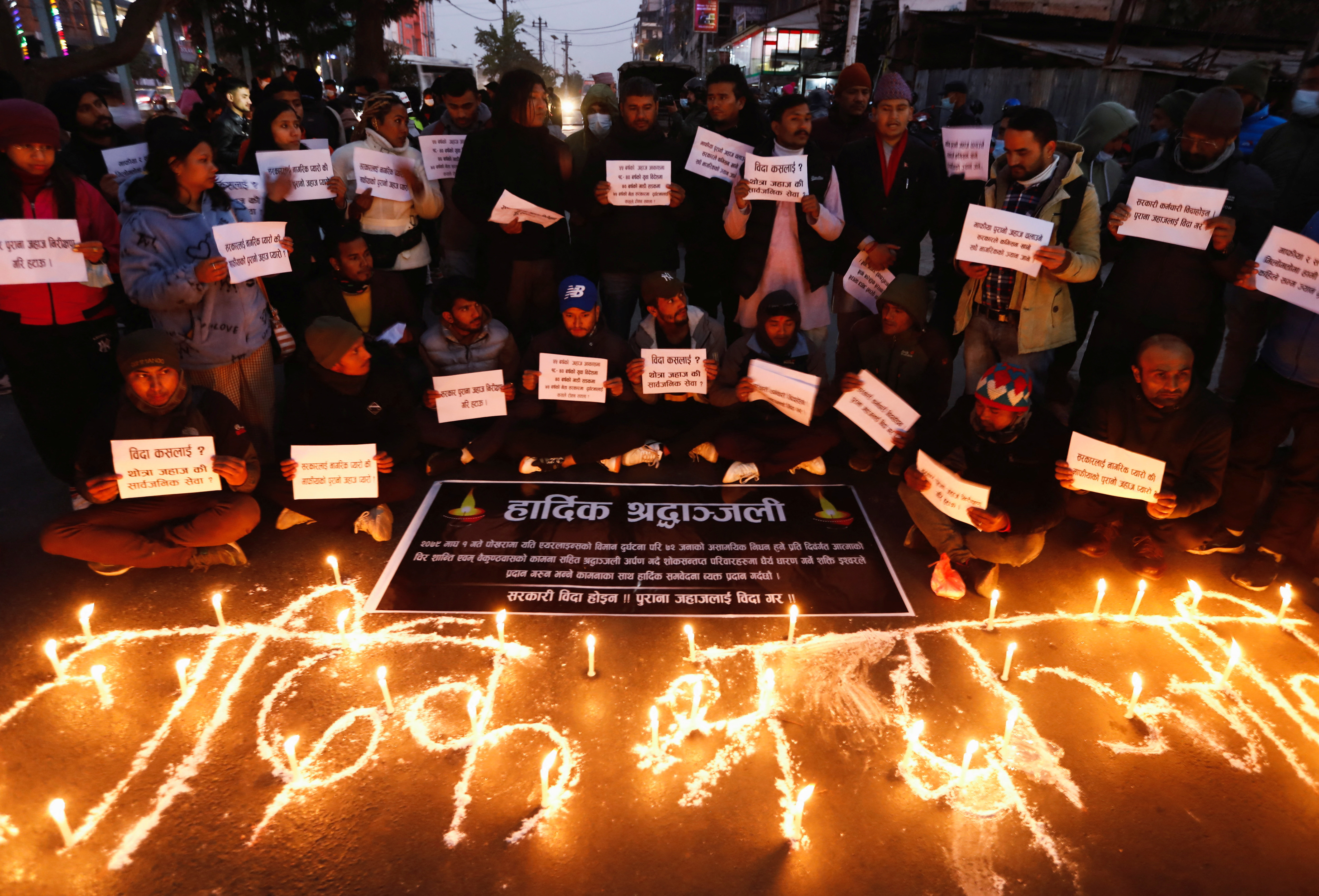 People hold placards as they take part in a condolence and protest meeting following the plane crash of a Yeti Airlines operated aircraft, in Pokhara on January 15, 2023, in Kathmandu, Nepal January 16, 2023. REUTERS/Navesh Chitrakar
Advertisements
Advertisements