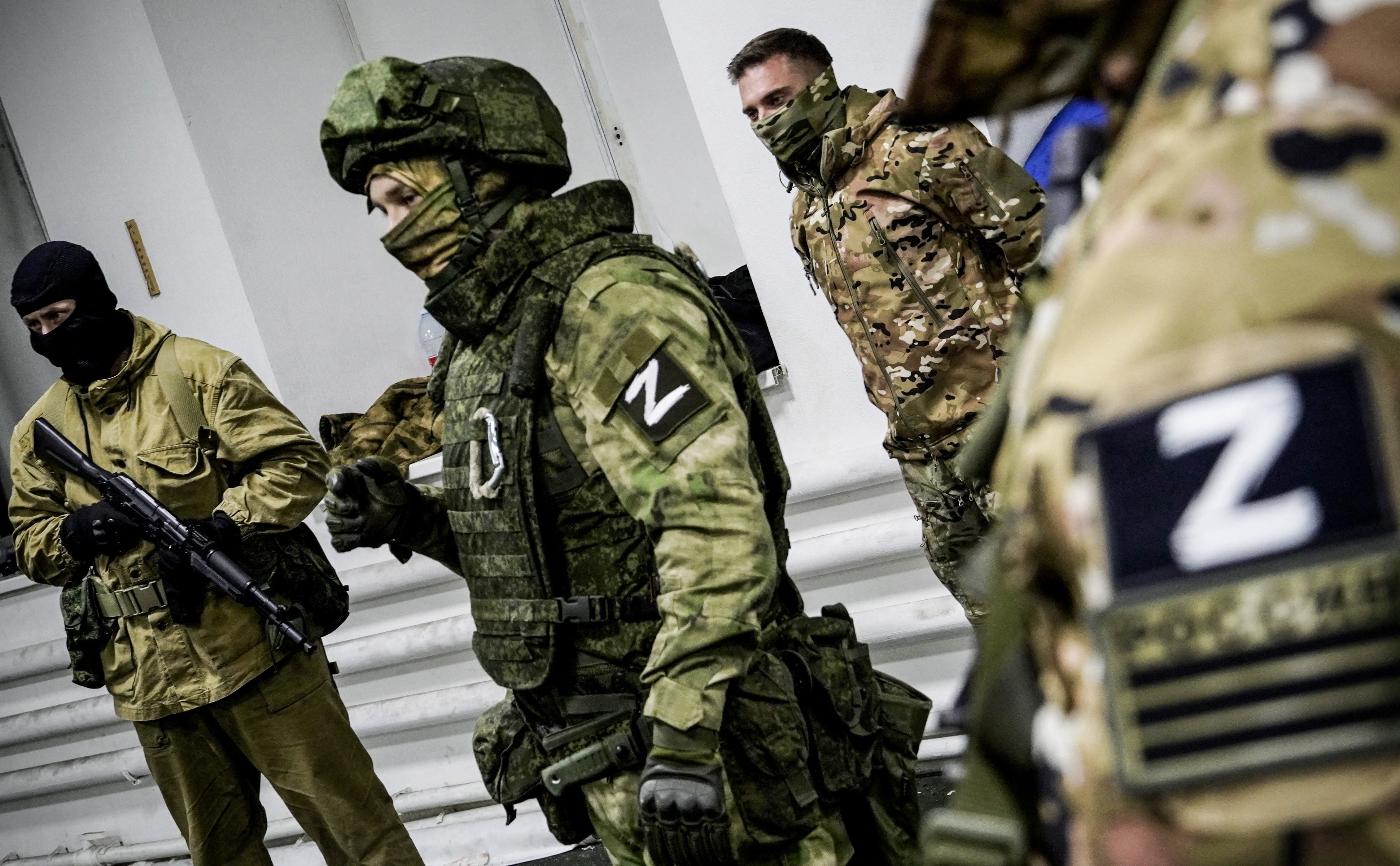 Volunteers have a military training in Rostov on December 6, 2022, amid the ongoing Russian military action in Ukraine.

Photo by STRINGER/AFP via Getty Images

Three Russian soldiers were killed and 16 more were injured when a sergeant accidentally detonated a hand grenade in a dormitory in the Belgorod region of Russia on Sunday evening, Russian media reported.

The explosion also started a fire, forcing 15 people to evacuate from nearby houses, TASS reported.

“The preliminary cause of the explosion is careless handling of ammunition,” a source in the emergency services told TASS.

Eight more soldiers are missing after the explosion, and a search for them is still ongoing, Russian news agency Interfax reported, citing local emergency services.

The grenade was detonated in a weapons storage room by a senior sergeant serving as a platoon commander, according to the 112 Telegram channel, which is closely linked to Russian security services.

The channel also reported that the blast was caused by an RGD-5 grenade, an anti-personnel hand grenade designed in the early 1950s.

Belgorod sits on Russia’s border with the northeast of Ukraine, around 46 miles from the city of Kharkiv.

The border region has been hit by multiple munitions-related incidents and explosions since Moscow’s invasion of Ukraine began in February 2022.

Russian news agencies reported several times in 2022 that ammunition and fuel depots in Belgorod were struck by explosions. Local officials and state media attributed the blasts to Ukrainian shelling and missile strikes, though Kyiv has not claimed responsibility.

In a separate incident, 11 Russian soldiers were shot dead and 15 more were injured during a firearms training class in Belgorod, the RIA news agency reported in October. The shooters had volunteered to participate in the war in Ukraine and were killed at the scene, RIA reported. The shooters were from an unspecified former Soviet republic, Reuters reported, citing Russia’s defence ministry.

Russia has become increasingly reliant on conscripts over the course of its war, after its widely unpopular mobilization of 300,000 reservists in October.

Ukraine’s military intelligence has claimed that Moscow intends to mobilize another 500,000 personnel. Russian officials have neither confirmed nor denied such reports.