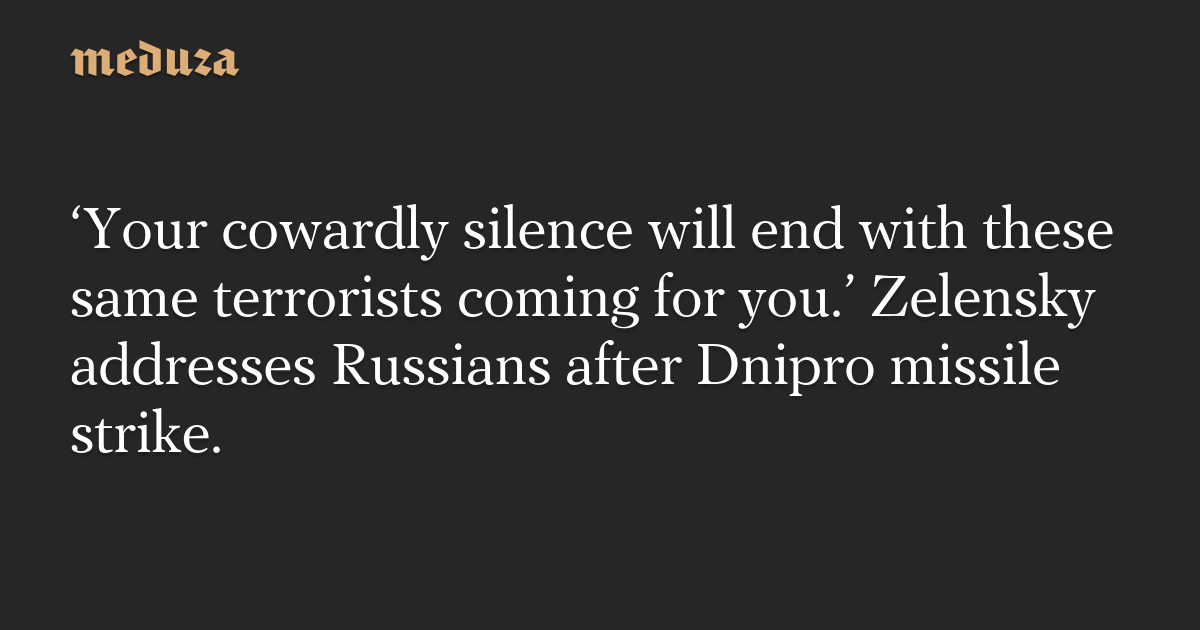 In his daily video address on Sunday, Ukrainian President Volodymyr Zelensky switched to Russian to speak to Russian citizens about the missile strike that destroyed a residential building in Dnipro on Saturday.

Your cowardly silence, your attempt to “wait out” the things that are happening, will only end with these same terrorists coming for you, too, one day.

Evil is very sensitive to cowardice. Evil always remembers those who fear it or who try to bargain with it. And when it comes for you, there will be no one to protect you.

At least 35 people were killed and at least 75 injured by Russia’s January 14 missile strike on a Dnipro residential building, according to authorities in Ukraine’s Dnipropetrovsk region. 35 people are reportedly still unaccounted for.

Home » Selected Articles Review » ‘Your cowardly silence will end with these same terrorists coming for you.’ Zelensky addresses Russians after Dnipro missile strike. — Meduza
a
Advertisements