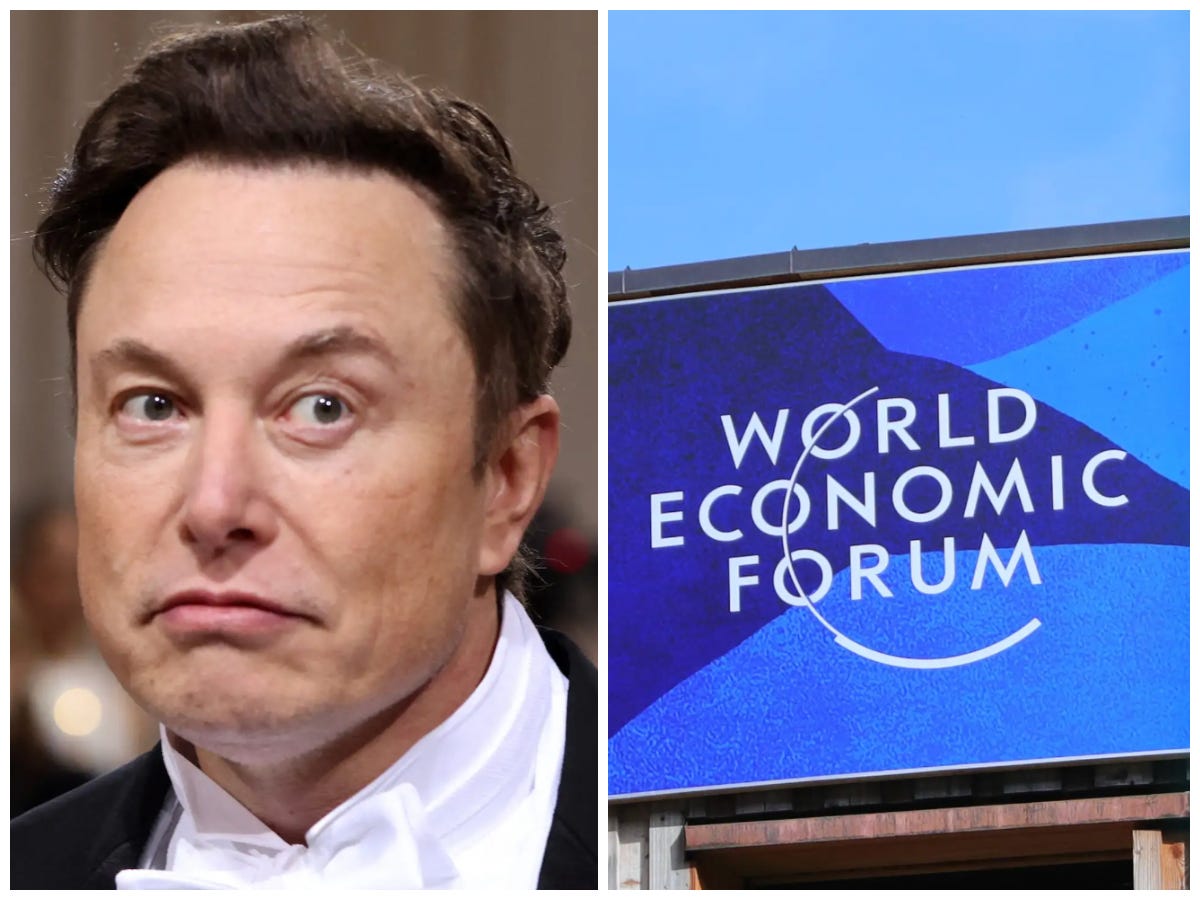 Elon Musk said last month that he “was invited to WEF, but declined” but the organizers of the yearly conference in Davos say he hasn’t been invited since 2015.

Elon Musk and the World Economic Forum are at odds over the reason for his absence from the global conference.

The World Economic Forum takes place every year in Davos, Switzerland, where billionaire CEOs, world leaders, and other influential figures gather to discuss a range of global issues, from climate change to the cost-of-living crisis.

Musk, a vocal critic of the conference who was the world’s richest person until December, recently said he was invited to the conference but chose to skip it. The organizers of the WEF, however, beg to differ: They say the Twitter CEO hasn’t been invited in nearly a decade.

WEF spokesperson Yann Zopf told the Associated Press on Tuesday that the last time Musk was invited was “not this year and not recently — last time in 2015.” Musk never registered or attended on the handful of occasions he was invited to the conference in the 2010s, Zopf told the AP.

Meanwhile, Musk wrote in a tweet last month, “I was invited to WEF, but declined.”

In another tweet a week later, Musk added, “My reason for declining the Davos invitation was not because I thought they were engaged in diabolical scheming, but because it sounded boring af lol.”

Musk didn’t specify in the tweets if he was referring to the 2023 conference, but the timing of those tweets a month before this year’s convention suggests as much.

The Tesla CEO has also criticized the WEF more recently. In response to a video of the conference’s opening speech on Monday, Musk tweeted, “How is WEF/Davos even a thing?”