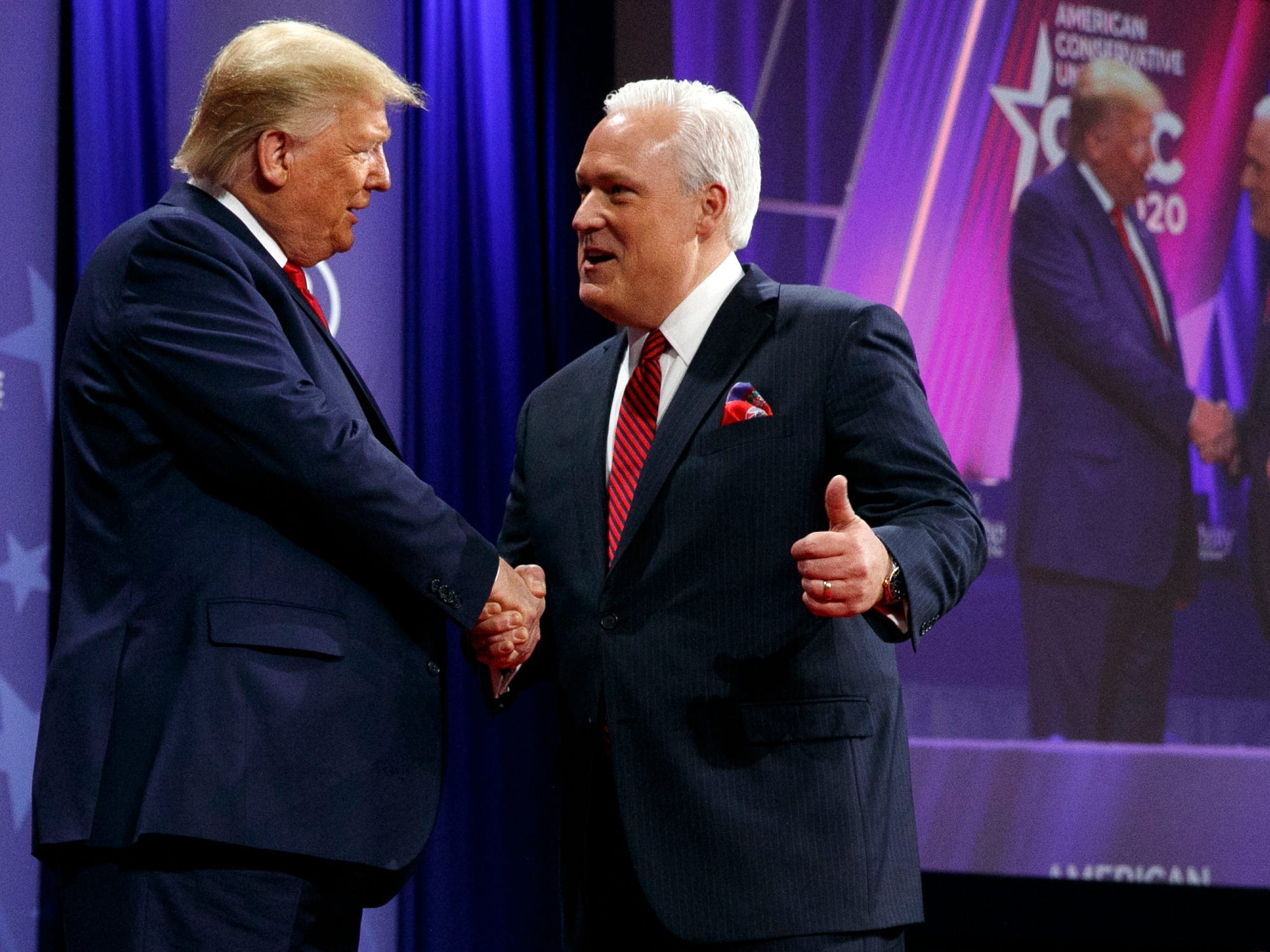 President Donald Trump is greeted by Matt Schlapp, Chairman of the American Conservative Union, as the president arrives to speak at the Conservative Political Action Conference, CPAC 2020, at National Harbor, in Oxon Hill, Md., Saturday Feb. 29, 2020.

Following public allegations of groping against GOP organizer Matt Schlapp, the unnamed accuser who came forward also accused Schlapp and those around him of trying to defame his character.

The complaint filed Tuesday and reviewed by Insider accuses Schlapp of sexual battery and he and his wife, Mercedes Schlapp, of defamation and conspiracy against the accuser. The accuser is seeking $6.85 million as well as punitive damages, for legal costs as well as for suffering “embarrassment, humiliation, distress, and reputational harm.”

The accuser, a former Herschel Walker campaign staff member who first approached The Daily Beast with his claims of sexual battery, said that in October of last year, Schlapp made unwanted advances while they were drinking at a bar and later fondled his genitals as he drove Schlapp home.

The accuser, a man in his late 30s, chose to stay anonymous, according to the complaint, claiming that the Schlapps “are well known, and in some quarters revered, amongst a portion of the population that has demonstrated a proclivity for threatening violence against those with whom they disagree.”

Schlapp, a former advisor for Donald Trump, and his wife, a former White House strategic communications director for Trump, are both prominent figures in GOP circles. Schlapp is the chairman of the American Conservative Union and organizer of the Conservative Political Action Conference.

Following the public release of the news in January, the lawsuit states that Schlapp and his wife “began a campaign to impugn Mr. Doe’s character.”

An example of this is provided in a screenshot message, purportedly sent by Schlapp’s wife to a neighborhood group chat on January 7, which states that the accuser is a “troubled individual” who had been fired from multiple jobs “including one firing for lying and lying on his resume.” The lawsuit denies these claims.

The lawsuit also alleges that Schlapp worked with other individuals to spread false information about the accuser’s character.

Charlie Spies, a lawyer for Schlapp, denied the allegations and said in a statement to Insider that Schlapp and his family were “suffering unbearable pain and stress.”

Spies did not verify the veracity of the message said to have been sent by Schlapp’s wife.

A lawyer for the unnamed accuser did not immediately respond to Insider’s request for comment.