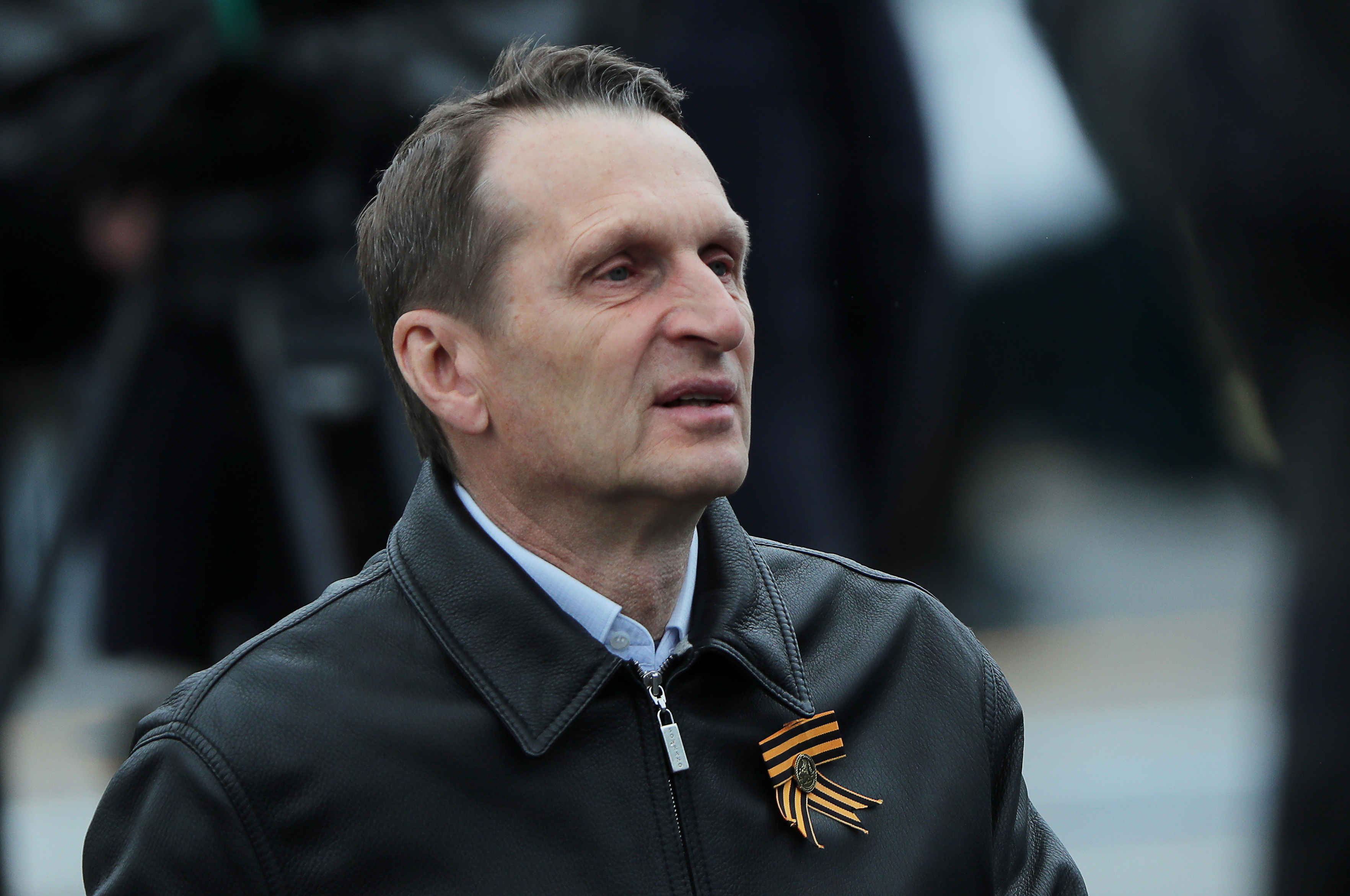 Sergei Naryshkin, head of Russia’s foreign intelligence agency, attends a military parade on Victory Day, which marks the 76th anniversary of the victory over Nazi Germany in World War Two, in Red Square in central Moscow, Russia May 9, 2021. REUTERS/Evgenia Novozhenina

The Kremlin said on Tuesday that another meeting between President Vladimir Putin’s foreign spy chief and U.S. Central Intelligence Agency Director William Burns would be useful but gave no indication when it might happen.

When Sergei Naryshkin met Burns in Ankara in November, U.S. officials said Burns had warned Russia about the consequences of any use of nuclear weapons and raised the issue of U.S. prisoners.

Naryshkin told the state-run TASS news agency cryptically that another meeting was “possible”.

Kremlin spokesman Dmitry Peskov told reporters: “It can’t be ruled out, and of course this kind of dialogue makes sense … I don’t know about exact dates.”

Burns, who speaks Russian, was sent to Moscow in late 2021 to caution Putin about the troop build-up around Ukraine. His 2019 memoir is entitled “The Back Channel”.

Russia’s actions in Ukraine have triggered the biggest crisis in Moscow’s relations with the West since the Cold War, and most dialogue with Washington is on hold.

Since a grim New Year’s Eve message, Putin has sent signals that he will not back down, despatching hypersonic missiles to the Atlantic and appointing his top general to run the war.

Putin now casts the war in Ukraine as an existential battle with an aggressive West, and has said Russia will defend itself with all available means,

The United States and its allies say Russia has launched an imperial land grab, while Ukraine has vowed to fight until it has ejected the last Russian soldier.

China has refrained from condemning Russia’s operation against Ukraine or calling it an “invasion”, aligning itself with the Kremlin, which speaks of a “special military operation”.

But the war has underscored the different trajectories of China and Russia: one a rising superpower whose economy is forecast to overtake the United States in a decade; the other, once the leader in the global Communist hierarchy, now a former superpower struggling with a draining war.

Naryshkin said Russia was building up broad intelligence partnerships with its ally Iran, and that he spoke at intervals to unidentified heads of European spy agencies about the situation in Ukraine, TASS reported.