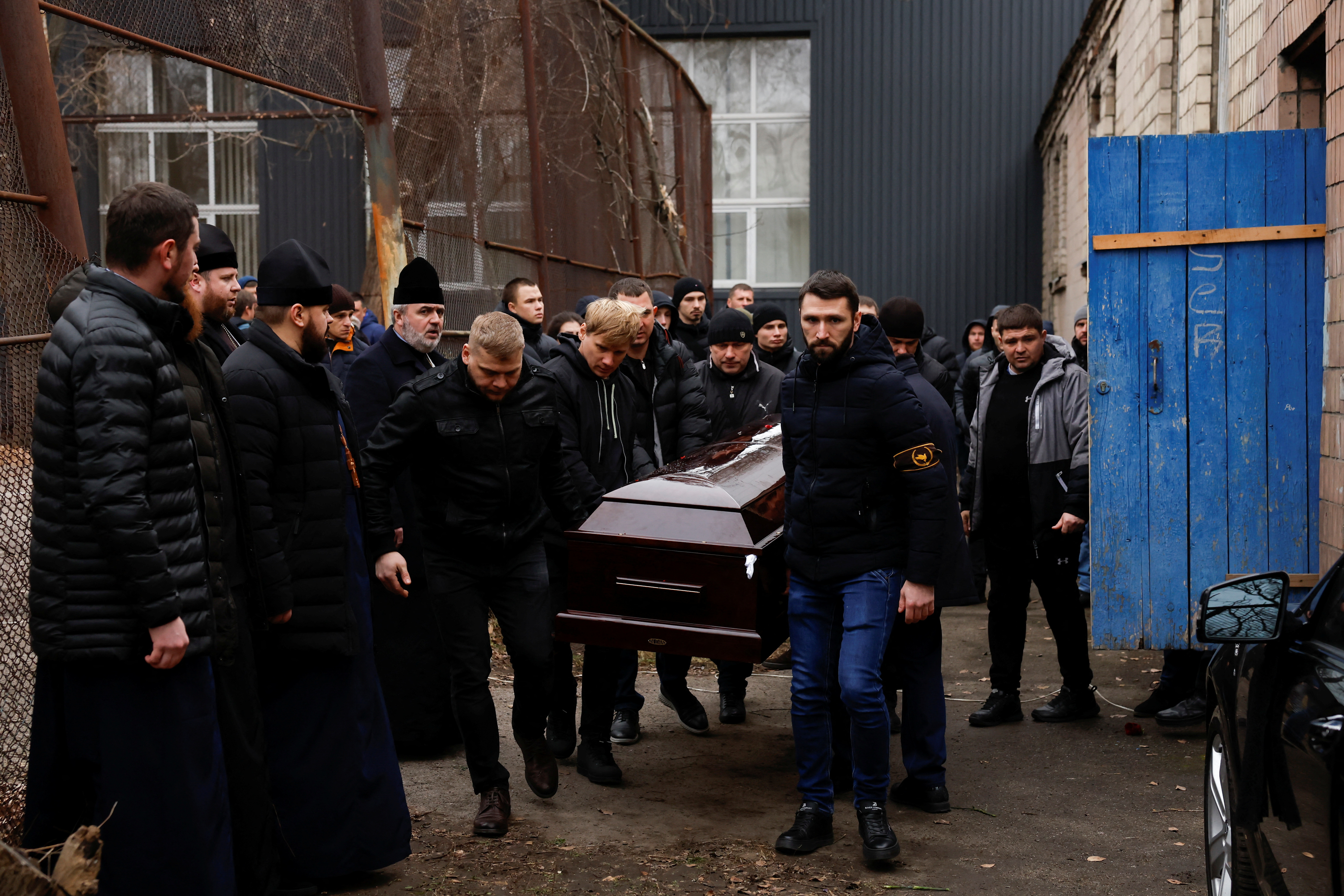 Mykhailo Korenovskyi’s, Ukrainian boxing coach and a father of two, killed during the Russian missile attack, coffin is carried on the day of his funeral, in Dnipro, Ukraine January 17, 2023. REUTERS/Clodagh Kilcoyne

Family, friends and colleagues on Tuesday laid to rest a Ukrainian boxing coach killed in a Russian missile attack that tore the outer wall off the apartment where he had recently celebrated his daughter’s fourth birthday.

Hundreds of mourners attended the memorial service for Mykhailo Korenovskyi, one of at least 44 people killed in Saturday’s attack on Dnipro in east-central Ukraine.

A recent family video showed his daughter smiling and blowing out candles on her birthday cake while Korenovskyi stood behind her in the kitchen, holding another child in his arms.

The kitchen’s external wall has now gone, leaving the room exposed to the elements. Its modern yellow units are clearly visible from outside but chairs, a table, a bowl of fruit and household items such as a microwave remain undisturbed.

“He tried to pay attention to everyone, to all of his trainees. He trained boxers of a high level, but he never forgot about children,” Oleh Bilenko, a colleague, said at Korenovskyi’s memorial service.

“He really loved children who were just starting out in boxing, he encouraged them to get involved in boxing, to teach them. He always tried to fully commit himself. He was a very well-rounded person.”

Members of Korenovskyi’s family wept as friends offered their condolences and covered his coffin with flowers. Other family members were not at home when the apartment was struck.

Another colleague, Oleksandr Bohutskyi, said many of Korenovskyi’s boxers had been successful, both children and adults.

“Our sports school, the city, the region and to be honest the whole country was proud of his athletic achievements, of his students’ achievements,” Bohutskyi said.

Emergency services on Tuesday ended their search for survivors after Saturday’s attack. Forty-four people were confirmed killed and 20 were still unaccounted for, they said.