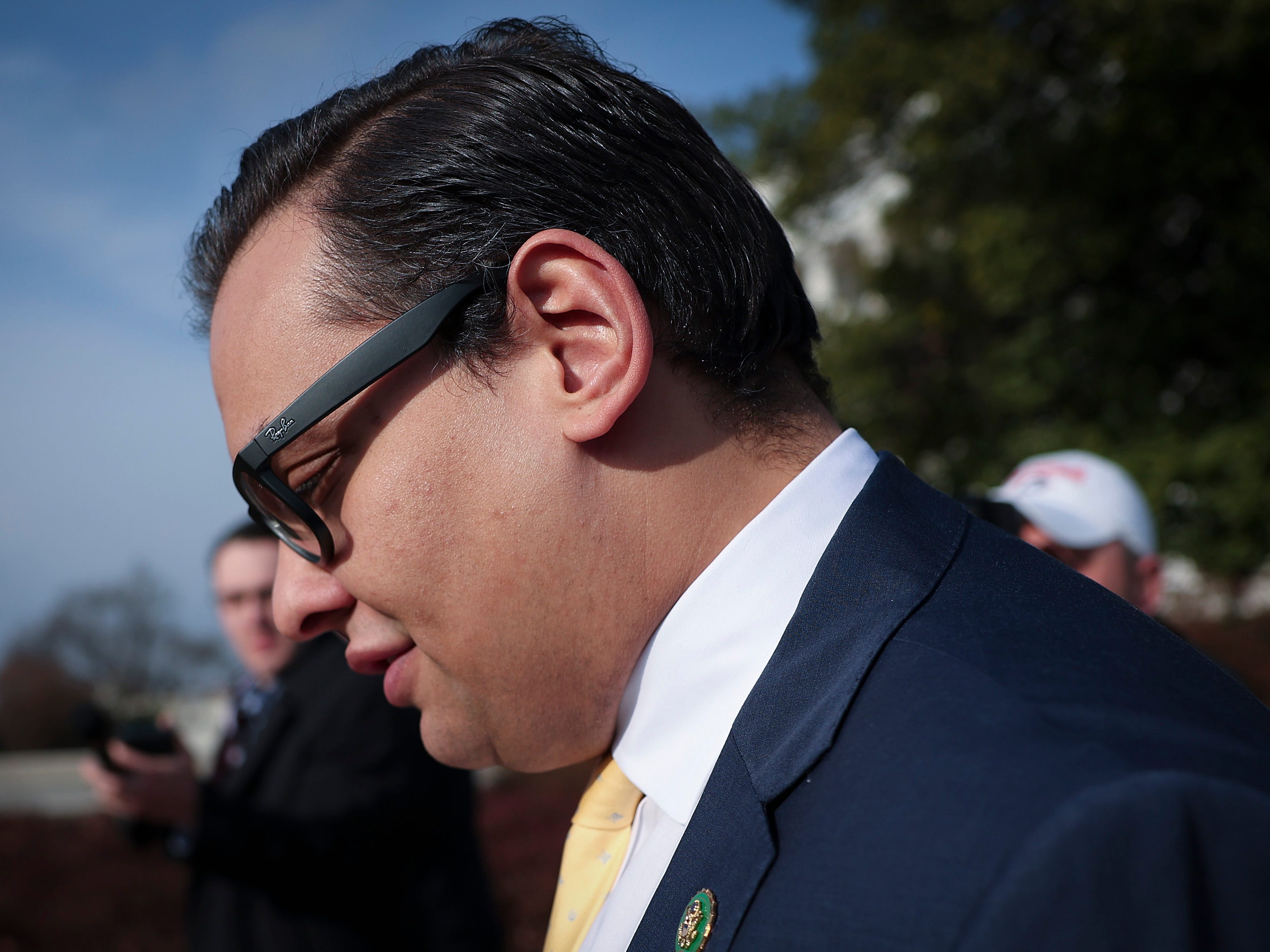 Rep. George Santos leaving the US Capitol on January 12, 2023, in Washington, DC.

A former roommate of Rep. George Santos said that the embattled congressman used a Jewish-sounding last name to try to raise money for a questionable GoFundMe page.

Gregory Morey-Parker, who previously lived with Santos, told CNN’s Anderson Cooper on Tuesday that Santos used several aliases during their time as roommates.

But the former roommate said that Santos also referred to himself as Anthony Zebrowski/Zebrowsky, a name the now-New York congressman reserved for use in his “Friends of Pets United” GoFundMe venture. (Insider, unable to confirm the spelling of the last name, has opted to use Zebrowski.)

The name Zebrowski is predominant among Ashkenazi Jews.

Morey-Parker told CNN: “He would say, ‘oh well, the Jews will give more if you’re a Jew.’ So that’s the name he used for his GoFundMe.”

Santos’ claim to be Jewish is one of many lies that have landed him in hot water in recent weeks.

During his 2022 campaign, Santos called himself a “proud American Jew” in a memo sent to pro-Israel groups, and said in media appearances that his grandparents were Holocaust survivors.

CNN reported that conversations with multiple genealogists disproved the Holocaust ancestry claim, and the Republican Jewish Coalition said in December that Santos had “personally” deceived them about being Jewish.

Santos later told the New York Post that he is Catholic and only claimed to be “Jew-ish.”

Reports of Santos’ questionable efforts to boost his GoFundMe fundraising came as a military veteran accused him of taking $3,000 worth of GoFundMe funds meant for his dying dog.

Speaking to the local media outlet Patch, Rich Osthoff said his dog Sapphire was dying from a stomach tumor and that Santos offered to help, starting a GoFundMe page for him in May 2016.

But after the money was raised, Osthoff claims that Santos closed the fundraising page and ghosted him, per Patch.

Santos refuted this. “Fake,” he told Semafor via text message. “No clue who this is.”

The New York Times reported last month that Santos claimed to have founded “Friends of Pets United” in 2013, but the newspaper found no records of it having been registered as a legitimate charity.

Santos has admitted to fabricating parts of his life story, including his university education and elements of his employment history. He has so far refused to resign.

Santos did not immediately respond to Insider’s request for comment.