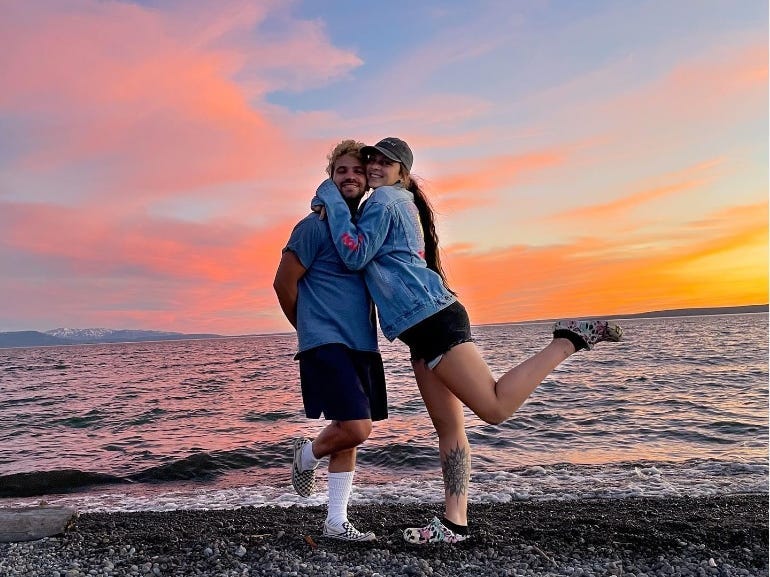 Newlyweds Danielle Gross and Gunnar Michels love to embrace adventure. After marrying as strangers on TikTok on Valentine’s Day in 2021, they decided to travel around the United States.

Michels posted a video on TikTok for a stranger to be his bride and selected Gross from around 1,000 responses. But it was Gross who took the experience to the next level, when she suggested they turn their wedding day into a road trip and drive to Las Vegas in her renovated ambulance.

“Travel was not initially on the cards,” Michels said. “But Danielle really took this whole experience we are still living above and beyond.”

The couple spent the next year on road trips

They divided their time between trips through California, Oregon, Washington, and Florida. Their trip was only punctuated by Michels’ decision to buy a school bus and renovate it, before selling it later on their journey.

After months of traveling on the road, Gross said they were feeling burnt out and in need of stability and space. They wanted to continue with their travels, but needed time away from the van. 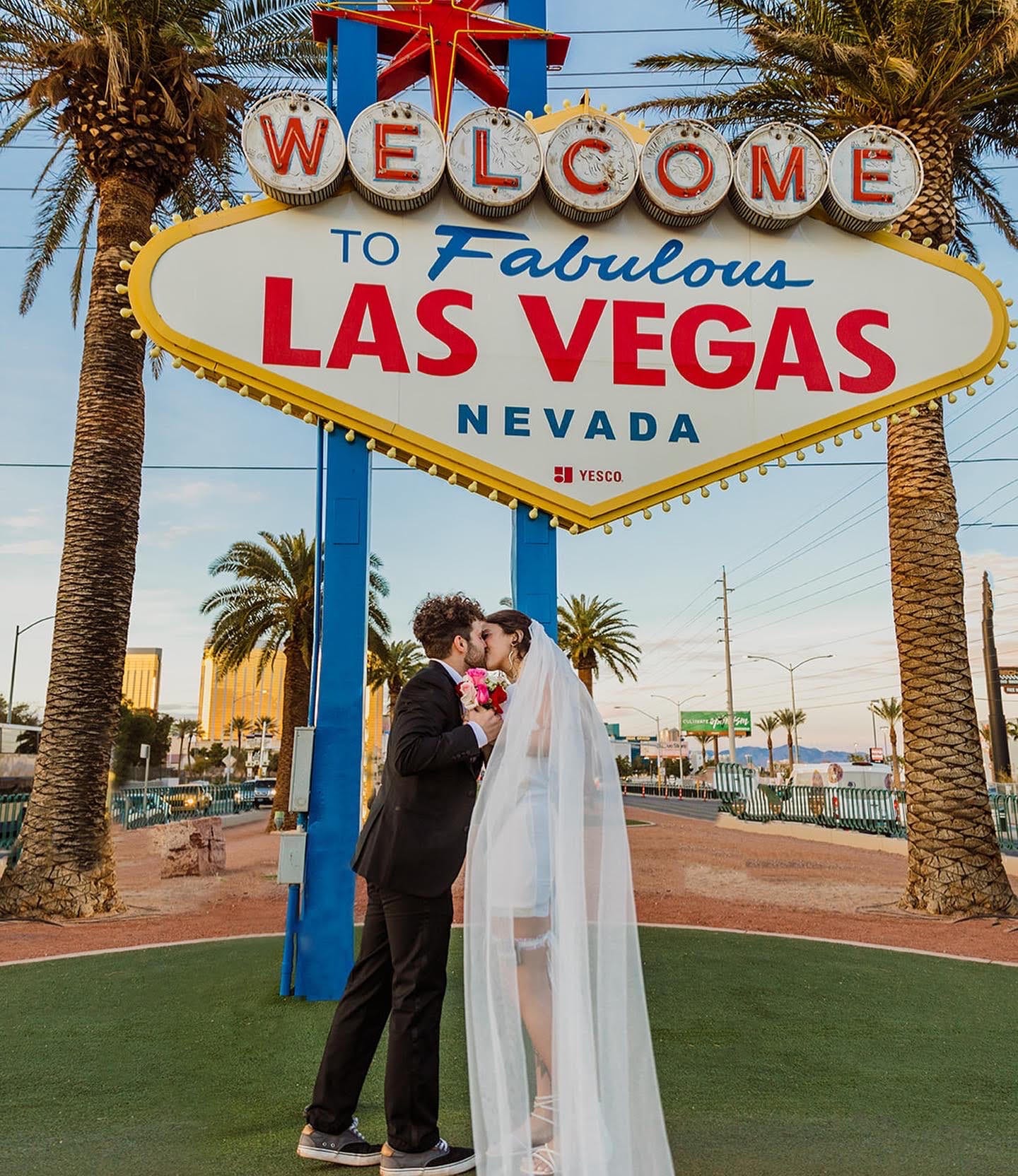 A fellow van lifer had told them a couple of months earlier about house-sitting, where you could live in a home for free in return for looking after the owners’ pets. The couple loved the idea of mixing pet-sitting and travel, so they registered on the Trusted Housesitter app and paid around $127 for the Basic Sitter package, which enabled them to book unlimited house-sits worldwide.

While road-tripping, they made a house-sitting profile to get a break from the van

When they created their house-sitters’ profile, they tried to make it as friendly and personable as possible. But Gross said their van-life friend also recommended that they include as many details as they could about their previous experience with animals to increase their chances of getting booked.  Gross had previously volunteered at an animal shelter and was a dog walker for apps like Wag and Rover, so they shared Gross’s references from these apps.

When the school bus was complete, they drove to Texas to house-sit together at a couple’s mansion. They were asked to look after a very low-maintenance cat while its owners were on their honeymoon. 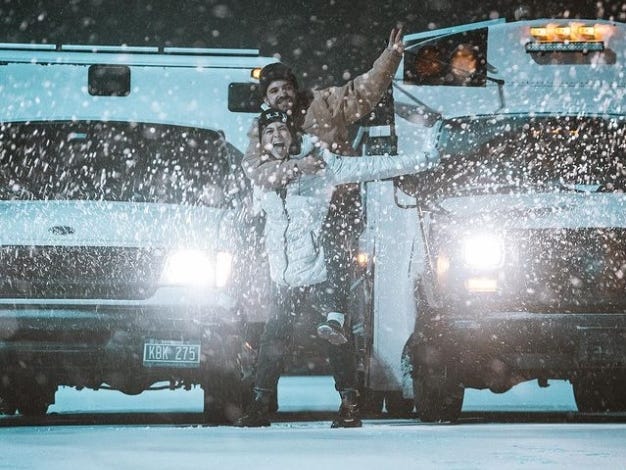 “The house was absolutely gorgeous,” Gross said. “It looked like it had been staged to be sold.”

Apart from falling for the lovable cat, the van lifers were also smitten with their temporary brick-and-mortar home. The Wi-Fi was fast, plus they had a huge kitchen and pool.

“It was 105 degrees in Texas, so we would go outside each morning and hop straight into the pool,” Michels said.

Since signing up to Trusted Housesitters, they’ve stayed in eight other homes — including a mountain hideaway overlooking a national forest; a mansion in Colorado where the couple watched the whole of “Stranger Things” season four in its private movie theatre; and a home with horses.

They stayed in the first property in Texas for two-and-a-half weeks. Other bookings have only been one week each, but that was only because that was what was available in those destinations at that time.

The couple would FaceTime the owners before each house-sit so they could find out more about what they were looking for in a house-sitter.

Michels said that the easiest way to make sure your house-sit goes smoothly is to promote good communication with the hosts.

“The best experience comes from really understanding what both parties want,” he said. “Communicate as well as you can, because it will pay off.”

Gross and Michels aren’t the only people who take care of the property while the owners are away. During their house-sits, there are landscapers, cleaners, and sometimes pet waste-removal services.

“At one of the houses we were at, they had a service come and pick up all the dog poop in the yard once a week,” Gross said.

Gross said that the most challenging time with the house-sit is the day they need to move out and return their belongings back to the ambulance.

“We pull up with our ambulance and then we slowly bring our belongings into the house,” Michels said. “By the end of our stay, there’s nothing in the ambulance. We use house-sitting as a tool to break up our travels, so we are mentally and physically rested.”

The couple takes care of all kinds of pets

One of their most picturesque house-sits overlooked Pike’s Peak National Forest in Colorado. The beautiful A-frame house that sat at an elevation of 8,200 feet and came with a wrap-around porch and hot tub.

“The two dogs that we were looking after were very high-energy,” Gross said. “So we had to take these really extensive hikes in the woods every day.”

The hikes also became a workout for the couple. “This is when we first got to Colorado, so we weren’t super ready for the elevation,” Michels laughed. 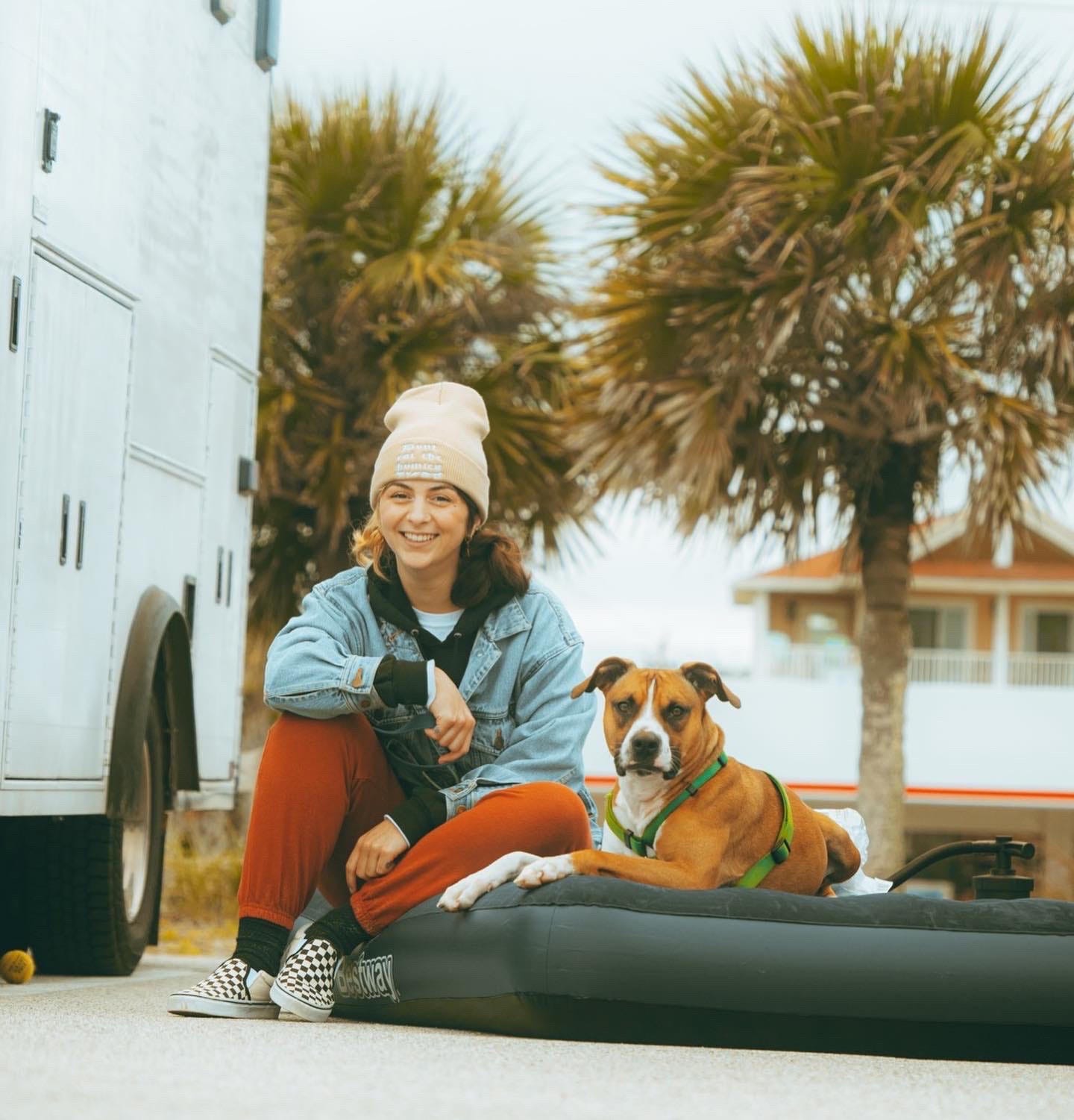 Michels and Gross said horse-sitting at another house was a breeze. They woke up at 6:30 a.m., fed them hay, checked their water, and cleaned their stables. Then, they would then let them out to graze in the fields for four hours.

Gross said it took just a handful of treats at the end of the day to encourage the horses to come back inside.

“Looking after horses is like looking after cats,” Gross said. “They are a little standoffish.”

House-sitting does have challenges — even with experience

The majority of their house-sits from May 2022 ran smoothly. They only had one pet briefly escape their clutches, which was a cat who wasn’t allowed outside. Michels said the cat would always wait for them by the door so he could sprint outside as soon as they opened it. While the couple were really careful not to let him out, the cat moved too quickly on one occasion.

Luckily, Gross was able to herd the cat back inside.

“That was a little scary,” Gross said. “The owners texted us right away because they saw that he’d escaped via the cameras on the outside of the property. They said: ‘Oh my gosh, is he OK?’ But I was like: ‘Don’t worry, he’s fine.'”

Now, they travel at a slower pace — and they hang out with other people’s pets since they’re not in a position to have one of their own. They’re also now looking for a brick-and-mortar home of their own.

“Whatever presents itself in the right fashion, we’ll probably jump on it,” Michels said. “It could be tomorrow that we buy a house. We’ve done crazier.”