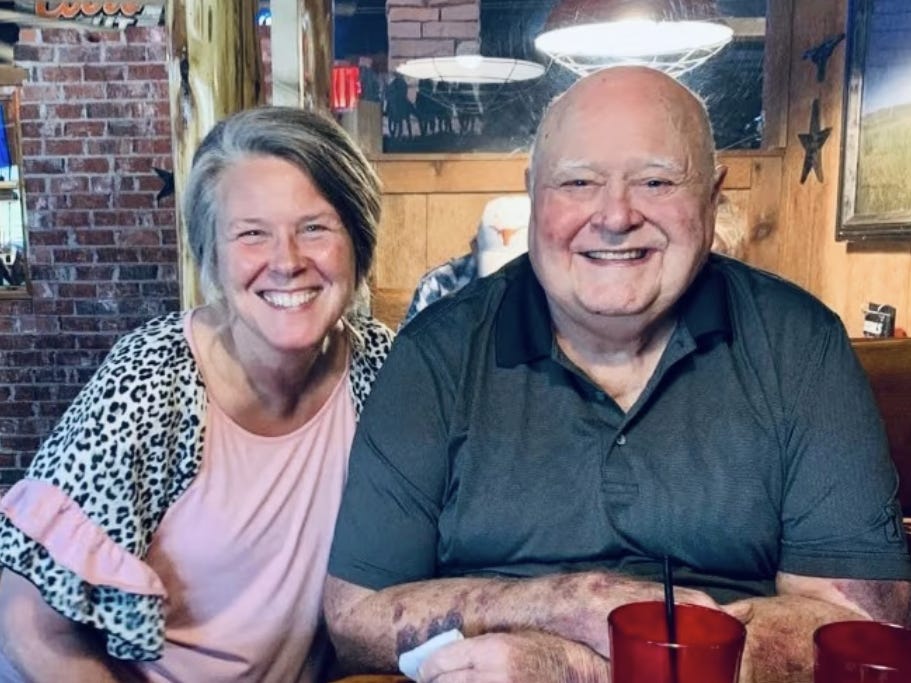 Hody Childress’ (right) daughter Tania Nix (left) had no idea her father was giving his money to Geraldine Drugs each month until he finally confided in her weeks before his death.

When Hody Childress learned that residents of his small Alabama town were sometimes unable to afford their prescriptions, he made a deal with the local pharmacy owner that lasted until the end of his life.

In 2012, the farmer and US Air Force veteran gave Brooke Walker, the owner of Geraldine Drugs, $100 after she told him that some people often couldn’t afford medications. A month later, Walker told a local news station, Childress came back to the Geraldine store — 60 miles outside of Huntsville — with another $100.

Walker recalled the arrangement in an interview with NBC-affiliated WVTM13.

“‘Here, this $100 is for anyone who can’t afford their prescription’,” Childress said, according to Walker. “Do not tell a soul that the money came from me. Tell them it’s a blessing from God.”

She continued: “He was a man of modest means. Giving $100 a month was quite a gesture. I knew that helping people was in his heart.”

Walker told the station she’d put the cash in an envelope. His contributions eventually grew into the  thousands, and the money helped at least two uninsured people each month, she told local news.

For the next 10 years, Childress helped struggling neighbors in Geraldine without anyone other than Walker knowing. He continued his mission until he became too weak to make the trip to the pharmacy due to chronic obstructive pulmonary disease, the Washington Post reported.

“Each and every month, year after year, he would walk into the drug store and hand me $100. I kept my word of not telling anyone, even the family,” Walker told WVTM13.

On Jan. 1, Childress died at 80, and his fellow residents finally learned of the veteran’s decade-long donations to Geraldine Drugs.

“I was shocked — I had no idea that he was helping people at the drug store,” Childress’ daughter Tania Nix told the local station.

She told the Washington Post that her father confided in her about his arrangement just weeks before his death.

“He told me he’d been carrying a $100 bill to the pharmacist in Geraldine on the first of each month, and he didn’t want to know who she’d helped with it — he just wanted to bless people with it,” Nix said, according to the report.

Friends and family have stepped up to help keep the fund going in Childress’ honor.

“There are so many people in Geraldine who have lived longer because of Hody,” pharmacist Heather Walker told WVTM13. “Hody was a true humble servant who will always be loved.”