“Since Biden nominated public-interest champion Gigi Sohn to fill the fifth tie-breaking seat at the FCC, she has faced anti-Semitic, homophobic, and deceitful attacks,” Free Press said in a Thursday fundraising letter, “including anti-Black dog whistles from a police union.” 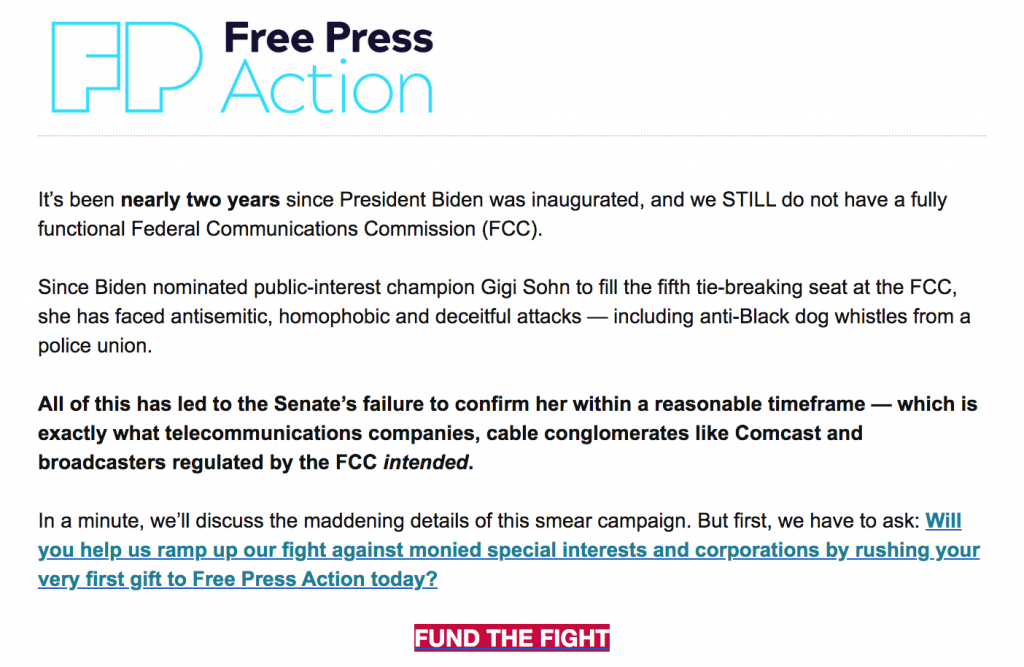 Biden’s nomination of Sohn stalled in committee in January 2021, after which the president renominated her for the position. Senators, including some Democrats, have opposed Sohn for her comments calling on the FCC to investigate conservative networks and describing Fox News as “state-sponsored propaganda.”

The Fraternal Order of Police has opposed Sohn for endorsing calls to defund the police and for her role at an organization that has fought to hinder police in obtaining users’ encrypted communications. The union said Sohn’s record demonstrates her “serious animus towards law enforcement officers and the rule of law.”

Free Press said in its fundraising call that the union’s accusation was an “anti-Black dog whistle that’s often levied against public-interest advocates.”

Free Press did not return a request for comment on how the Fraternal Order of Police’s criticism of Sohn amounted to a dog whistle.