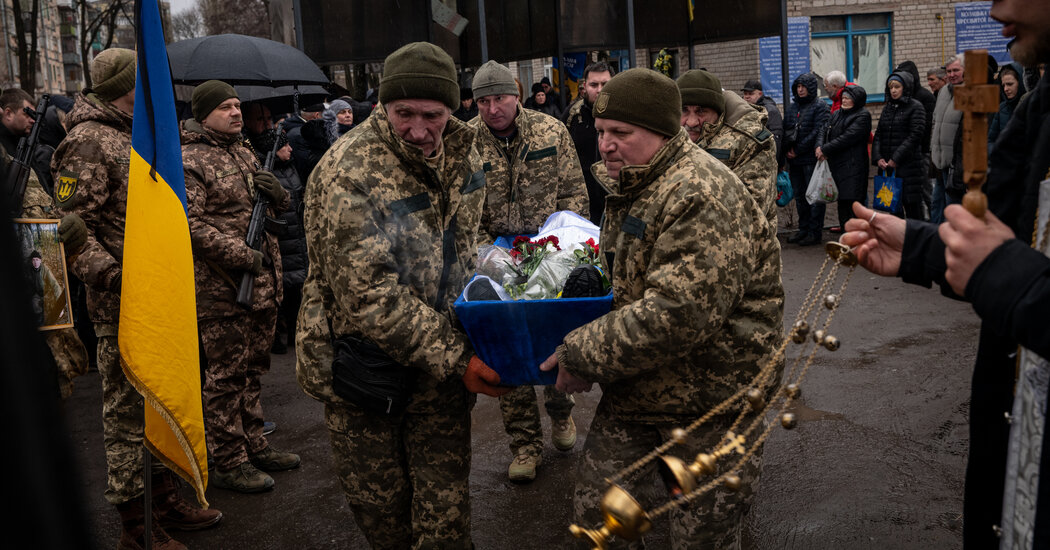 Ukraine’s minister for internal affairs is among at least 14 people killed in a helicopter crash near Kyiv. 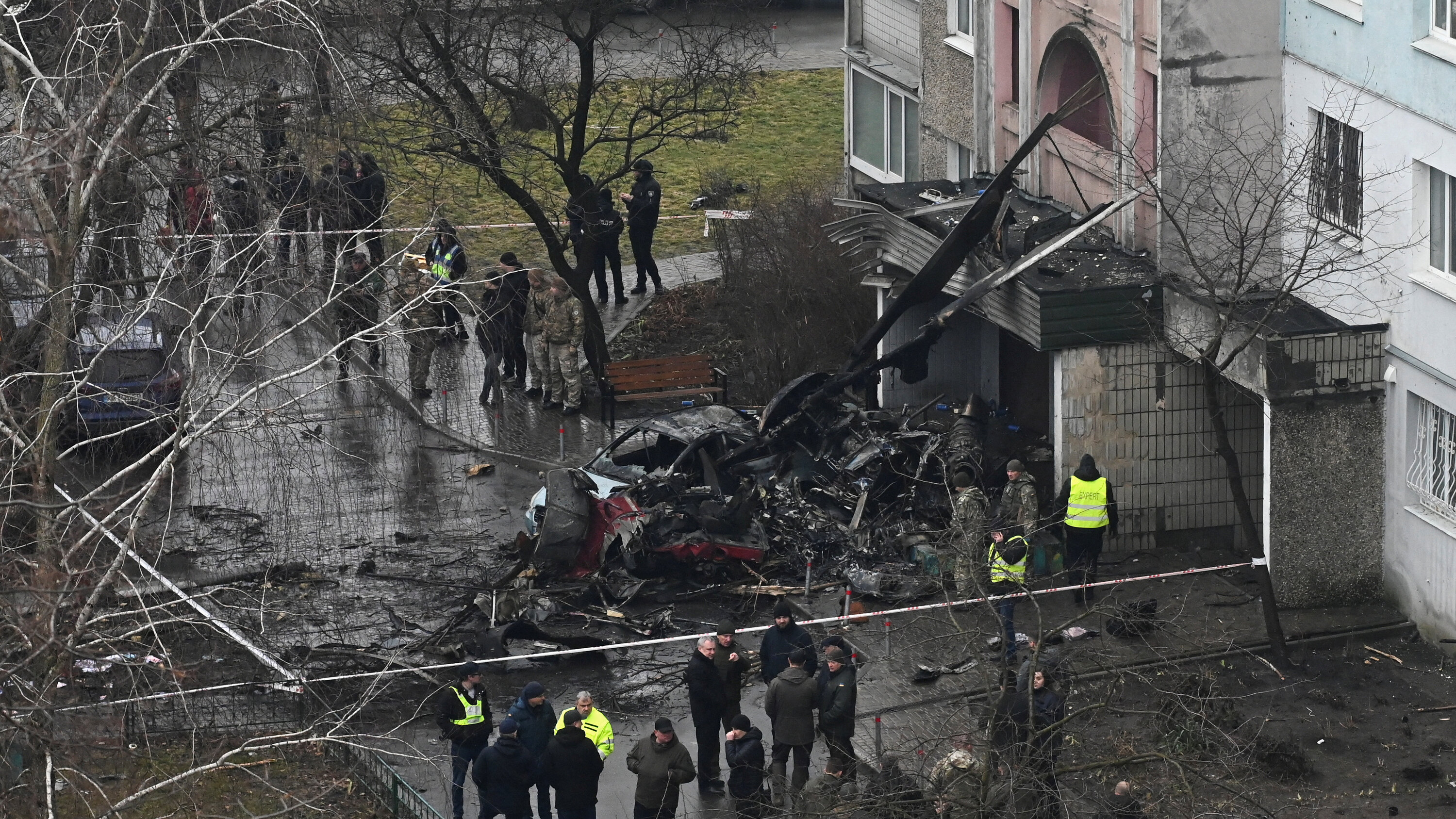 A helicopter carrying senior Ukrainian officials crashed on Wednesday in a Kyiv suburb, damaging a kindergarten and a residential tower and killing more than a dozen people, including Ukraine’s minister of internal affairs and other pivotal figures in the wartime leadership.

Anton Gerashchenko, an adviser to Ukraine’s Ministry of Internal Affairs, said on Telegram that an investigation was underway. “We will soon find out whether it was sabotage, a technical malfunction or a violation of flight safety rules,” he wrote.

The minister, Denys Monastyrsky, was the highest-ranking government official to die since Russia’s invasion began in February last year. There were conflicting accounts of the toll, but the latest information from Ukraine’s State Emergency Service said that 14 people, including a child, were killed. The crash occurred at 8:20 a.m., a time of day when parents typically drop their children off at the school.

Kyrylo Tymoshenko, the deputy head of the Ukrainian president’s office, said that the government officials onboard the helicopter had been traveling to one of the “hot spots” in Ukraine. He said that of those killed, nine had been onboard.

Ukraine’s Parliament said in a statement that the dead included Yevhen Yenin, the first deputy minister for internal affairs; and Yurii Lubkovich, the state secretary.

The death of Mr. Monastyrsky and his top deputy dealt a body blow to a government ministry that had played a critical role in the war effort. Among other things the interior minister oversees the police and emergency services, handling rescue efforts after missile strikes and clearing mines.

Mr. Monastyrsky had been a political ally of President Volodymyr Zelensky since before he took office and has served on the National Security and Defense Council, a policymaking body that sets wartime goals.

Images posted from the scene showed smoke rising over a residential area in the suburb, Brovary, and a long trail of fire that could be where fuel spilled. One photo appeared to show damage to the upper story of the kindergarten, and another showed the crumpled remains of the helicopter, some of its seats still visible.

A witness at the scene told Suspilne, Ukraine’s national public broadcaster, that she had seen the helicopter on fire and spinning in a circle before it hit the ground.

President Volodymyr Zelensky of Ukraine, addressing the World Economic Forum in Davos on Wednesday, called for a minute of silence to honor those killed and then made a passionate speech, in English, imploring the country’s allies to move faster in their support for his country. “The time the free world uses to think is used by the terrorist state to kill,” he said.

The State Emergency Service said on Wednesday afternoon that 25 people were being treated for injuries in the hospital, including 11 children. In the initial hours after the crash, other Ukrainian officials put the number of dead at 15 to 18. Search and rescue operations at the site of the crash were called off late Wednesday afternoon, meaning no additional bodies were expected to be recovered from the scene.As news of the officials’ deaths circulated, tributes began surfacing online.

“A loss for the family and Ukraine. A personal loss,” Ruslan Stefanchuk, the chairman of Ukraine’s Parliament, wrote of the death of Mr. Monastyrsky in a post on Twitter.