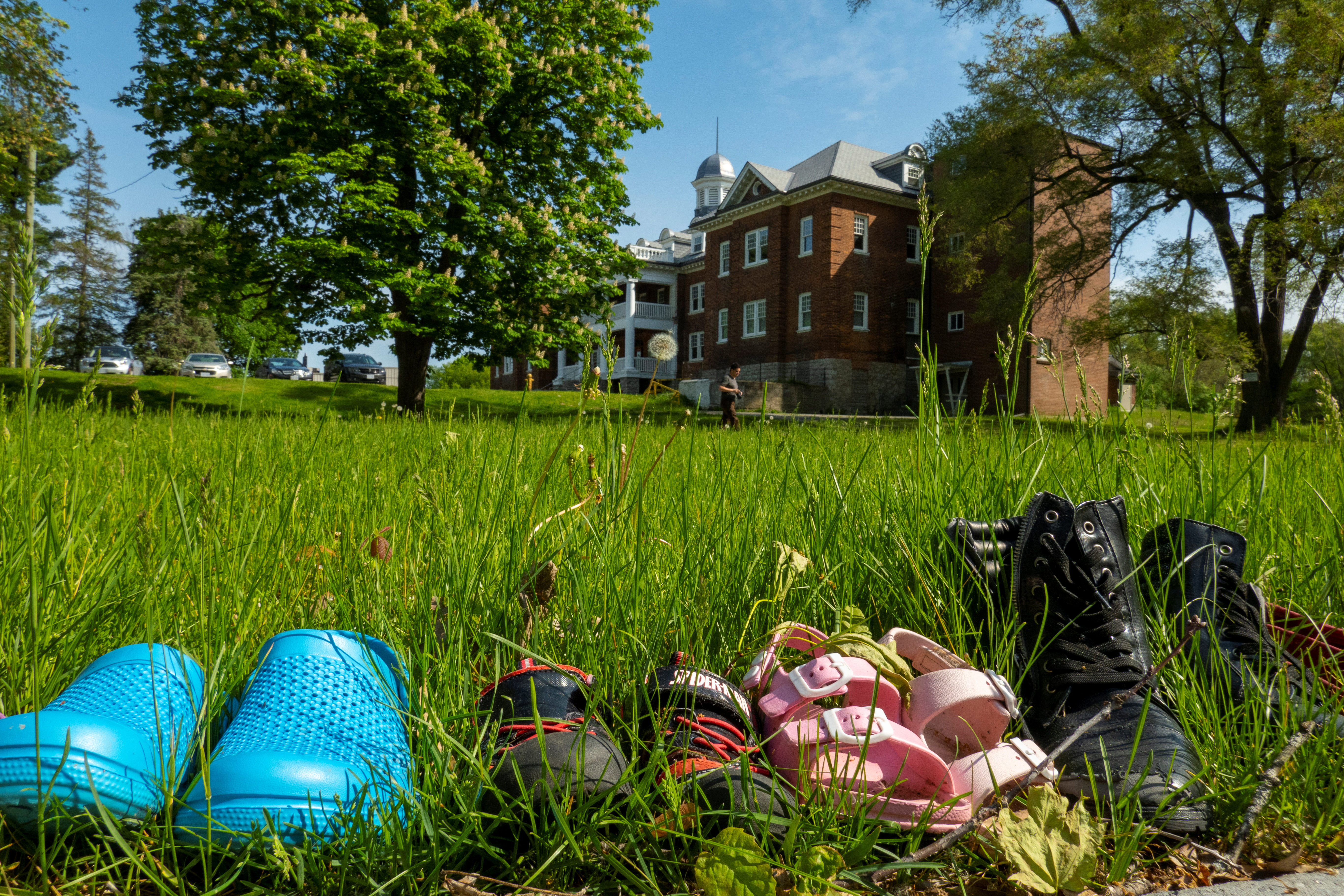 Children’s shoes are pictured outside the Mohawk Institute, a residential school for indigenous children that operated for 136 years, during the planting of commemorative apple trees on the former grounds which is now the Mohawk Village Memorial Park in Brantford, Ontario, Canada May 24, 2022. REUTERS/Carlos Osorio/File Photo

Canada has reached an agreement to settle a class-action lawsuit, seeking compensation for the loss of language and culture brought on by Indian residential schools, for C$2.8 billion ($2.09 billion).

The settlement builds on the 2021 Gottfriedson Day Scholars settlement, that provided individual compensation to day scholars who attended a residential school but did not reside at the institution.

Canada will provide the settlement amount to a non-profit trust, independent of the government, as part of the class settlement.

The organization charged with administering the trust will be governed by a permanent board consisting of nine indigenous directors, the government said in a statement.

The terms of the settlement are yet to be approved by the Federal Court.