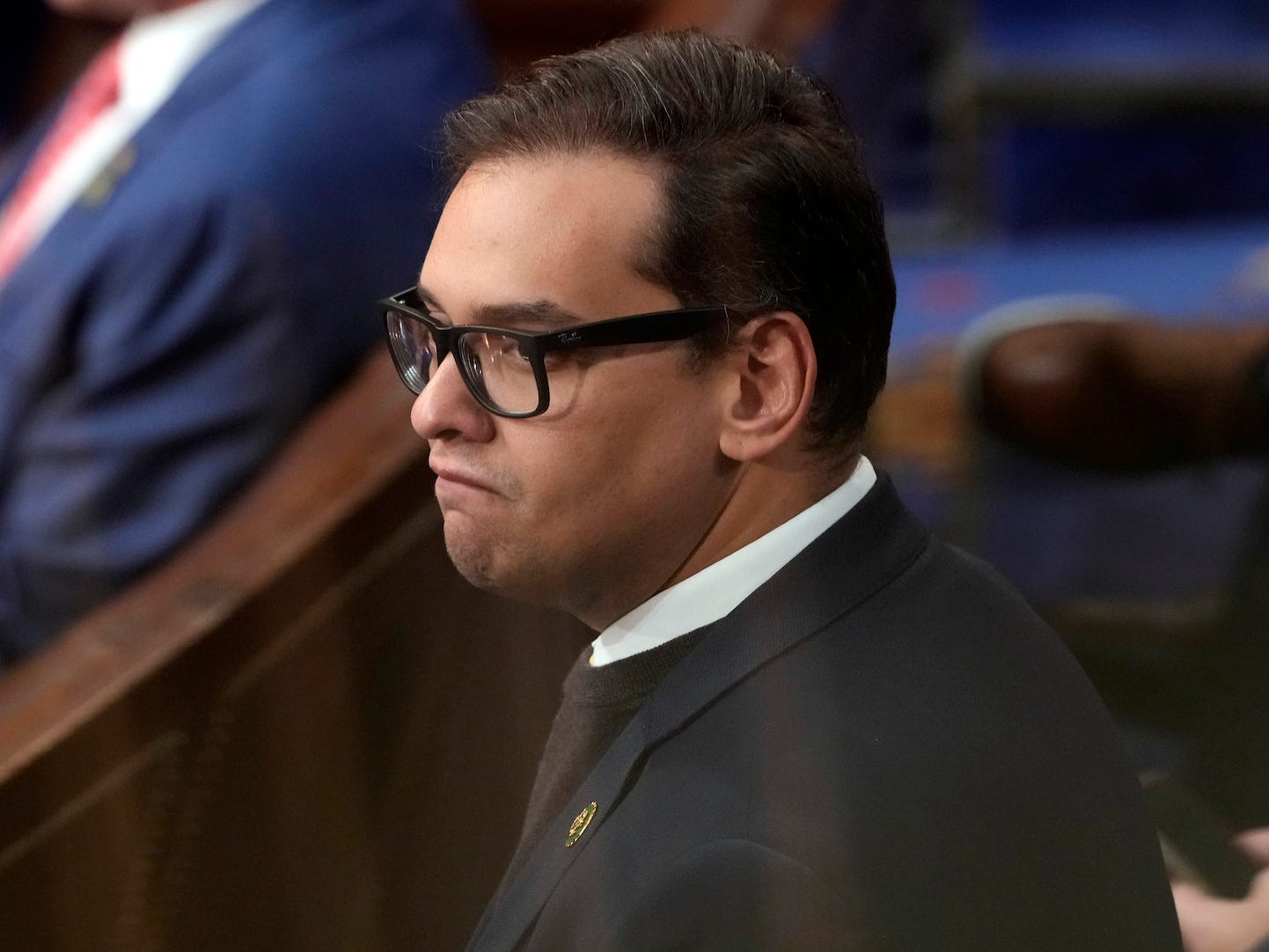 Prior to being sworn in, Rep.-elect George Santos, R-N.Y., stands during the 10 round of voting for speaker in the House chamber in Washington, Thursday, Jan. 5, 2023.

George Santos, the embattled New York congressman, sent out engagement party invitations in 2014 to celebrate a marriage proposal to his boyfriend – while he was apparently still married to his then-wife, The Daily Beast reported.

“Good evening everyone! As you all may already know Pedro and I have decided to join our toothbrushes! Lol and a very few friends have been selected to share this special moment with us!” Santos wrote in a Facebook invitation to the engagement dinner in 2014, per the outlet.

“I hope to see everyone [sic] of you there and be sharp and make it count,” Santos wrote with a winking emoji, per The Daily Beast. “Thanks for sharing this very important day in our lives! See you all there.”

Vilarva told the outlet that he rejected Santos’ proposals and that the engagement party “never happened.”

“He asked me 3x but I didn’t accept it,” Vilarva told the Beast via text. “There was never a party [or] anything in regards to it.”

At the time of the planned event, Santos was still married to his ex-wife, Uadla Santos. The couple divorced in 2019 weeks before Santos launched his 2020 campaign, The Daily Beast previously reported. The news appeared to contradict Santos’ claims that he had been “openly gay” for years; he did not previously disclose he was married to a woman, according to Insider.

Pressure has mounted on Santos to resign amid reports that he lied about his education and work experience, once performed as a drag queen, which he has denied, and obscured the truth on his religious beliefs by claiming to be “Jew-ish.”

A spokesperson for Santos did not immediately respond to Insider’s request for comment.

Home » Audio Sources - Full Text Articles » George Santos was married to a woman while also sending invitations to celebrate his engagement to his boyfriend, report says
a