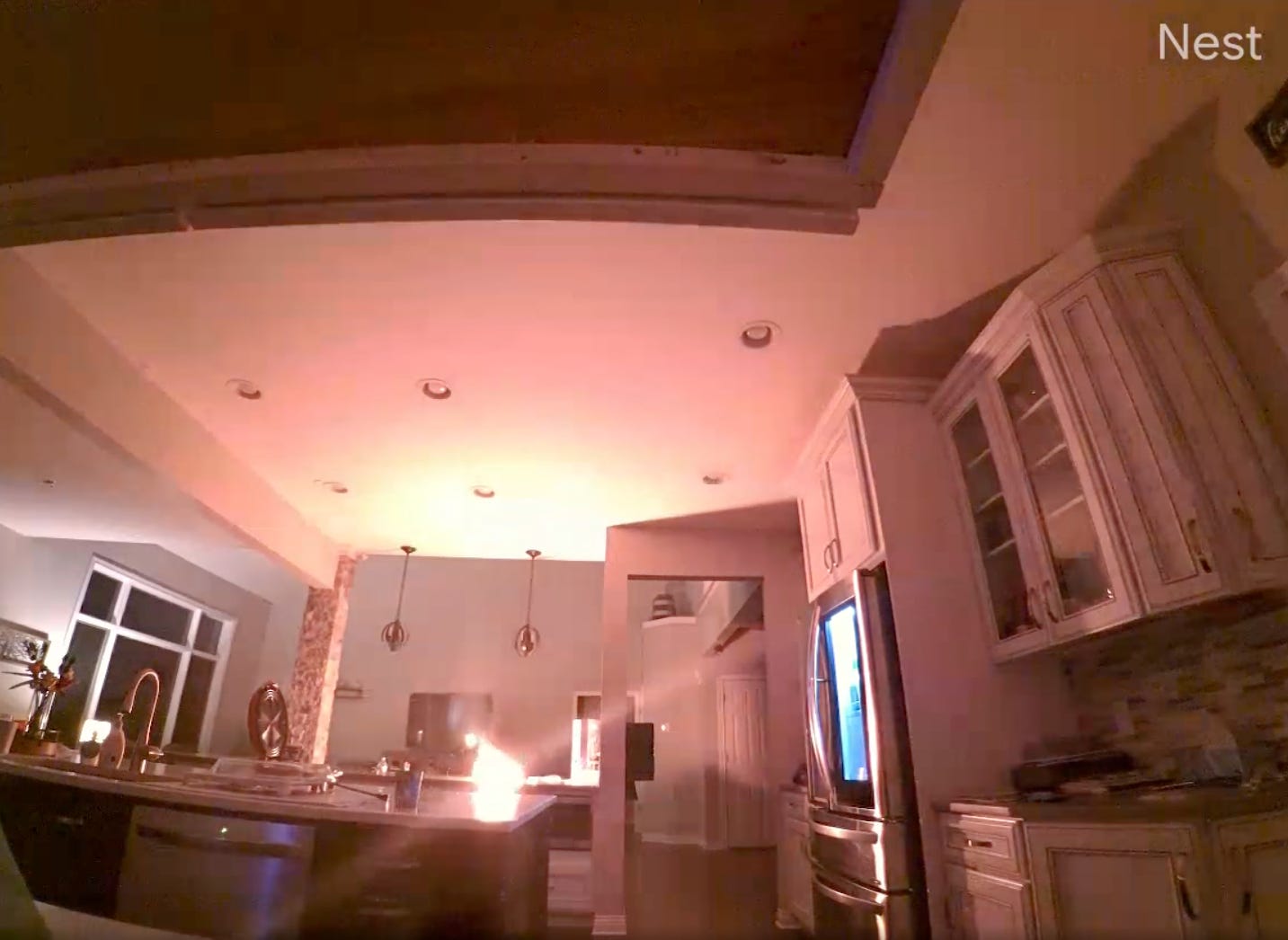 An iPhone 4 that was charging burst into flames in the middle of the night.

Old tech dies hard, at least for one family in Ohio where a charging iPhone 4 exploded and caught fire while they were asleep.

Brian Leisgang, who lives with his wife, Jennifer, and their five kids, told Insider that they had no idea there had been a fire until the next morning when his son noticed the phone looked damaged.

Leisgang saw small pieces of the phone scattered across the kitchen countertop near the outlet where the phone had been plugged in, with a blanket of black soot. The couple decided to check home video, and it showed that the iPhone had burst into flames, though the fire quickly died down.

“It is really scary watching that video from our kitchen because a lot of our kids sleep with this same phone charging in their bed at night or on a nightstand next to their bed,” Leisgang said. 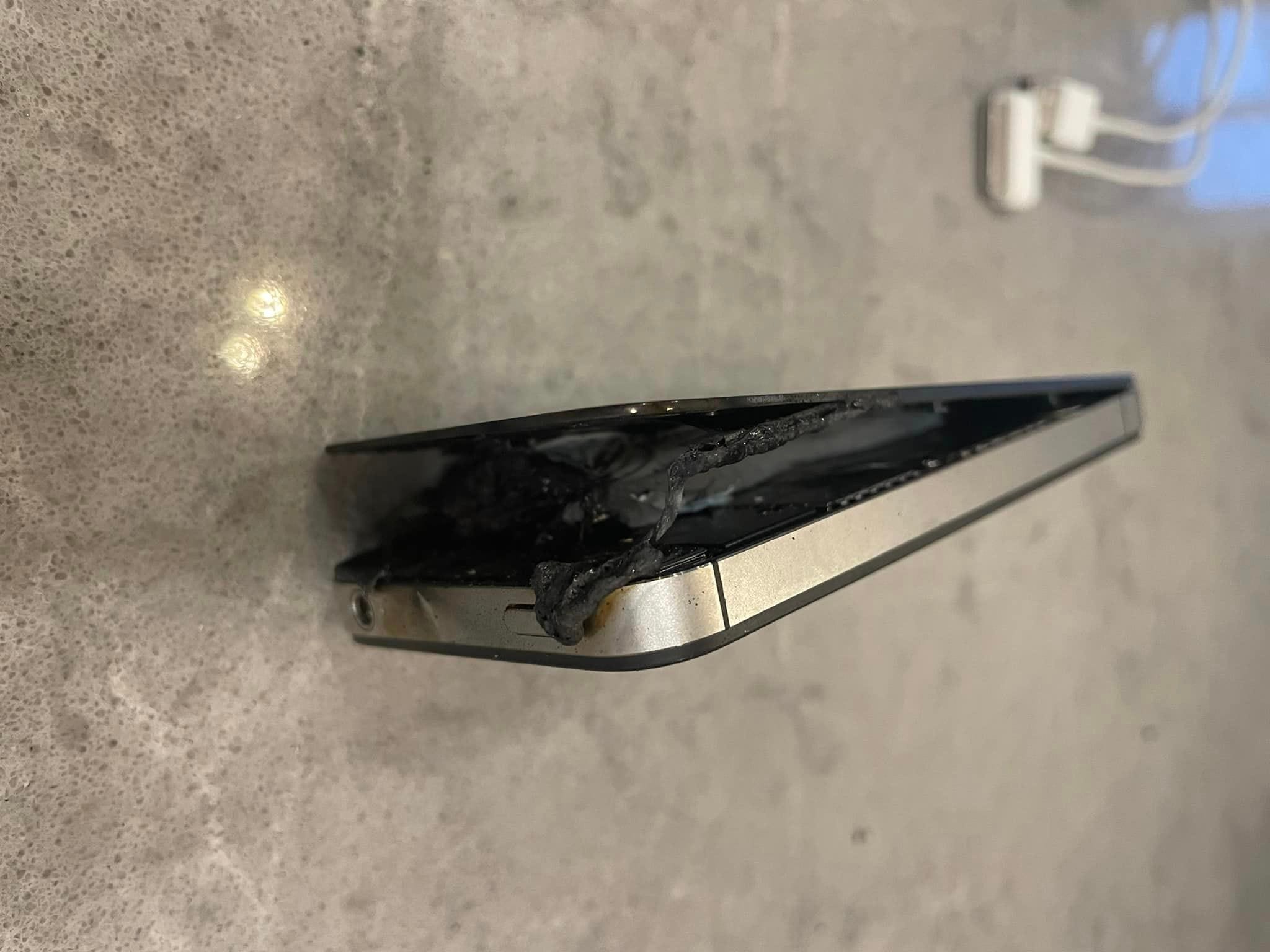 The inside of the Leisgang’s iPhone 4 after it exploded.

Even though the family — as well as the house — were safe, the fire could’ve been a disaster, Leisgang said.

“We were extremely lucky to avoid a house fire,” Leisgang said in a Jan. 9 Facebook post of the incident.

Old iPhones may not always be safe to charge

The exploding phone incident highlights the potential dangers of charging older iPhones, something that the couple never considered before handing theirs down to their kids.

“There was never a mention from Apple when we purchased the product that it would be a fire hazard after so many years of use,” Leisgang said. “And to be honest, letting our kids use the phone and charge it never crossed my mind as a potential hazard.”

Apple did not respond to Insider’s request for comment before publication, though Apple’s public iPhone safety guide provides ways to reduce the risk of hazards, including the proper way to charge it and the signs that a phone should be replaced or repaired. 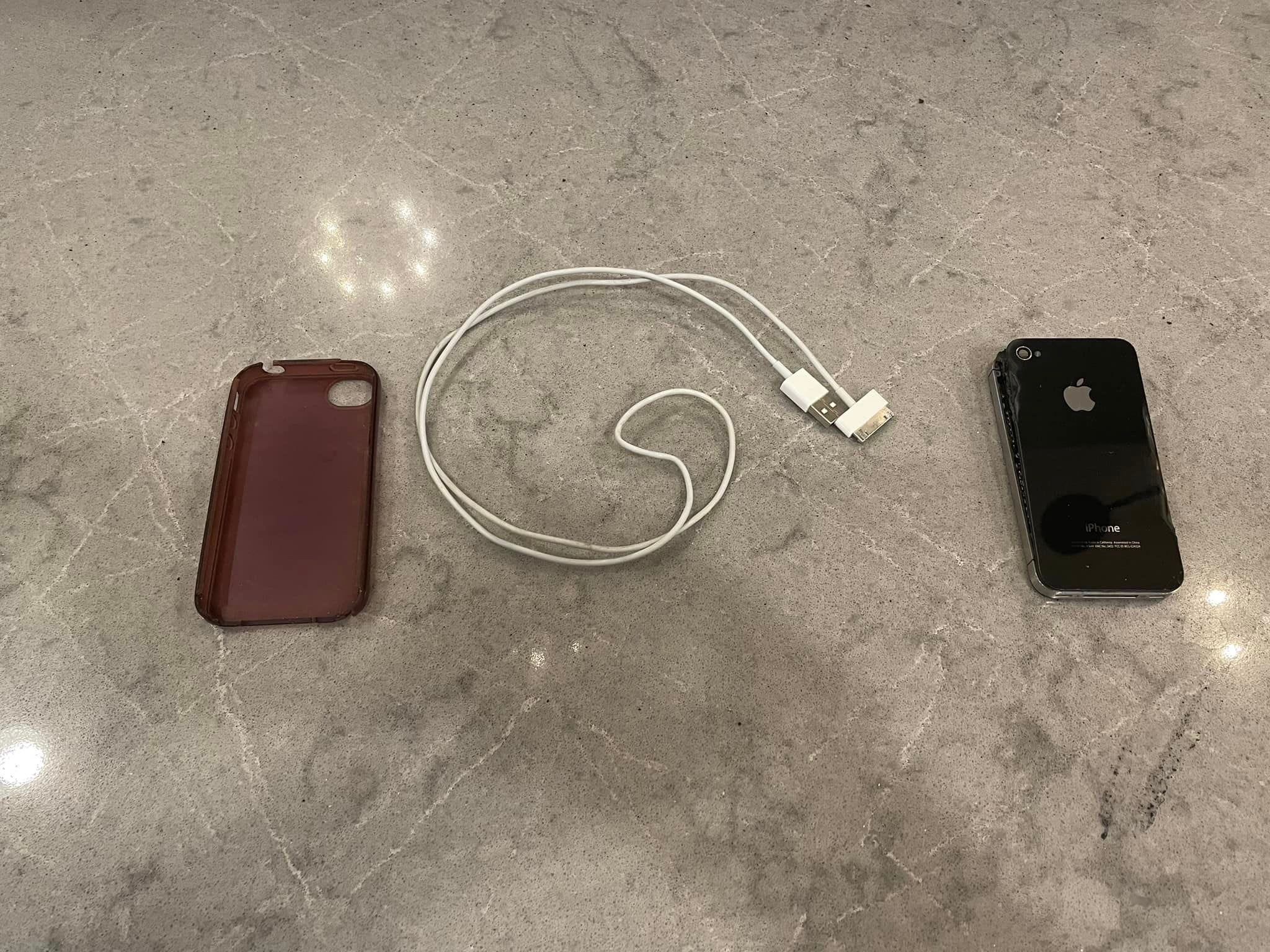 The iPhone 4 was charged with a cable that came with the phone and was wrapped with a silicon case.

Wear and a damaged charger could lead to a phone fire, though it’s not common

Thomas Fadul, the senior operations manager at iPhone repair service Asurion Tech Repair and Solutions, told Insider that older iPhones exploding is “not very common” and that it “requires a “perfect storm” of issues for a phone to overheat to the point of catching fire.

But the iPhone 4 is now around 13 years old, and Fadul said that older phones could be at risk for a fire “due to a combination of natural wear on the internal components” along with “using an old charger.”

It’s also possible that the charger was damaged, disrupting the flow of electricity into the phone and causing a power surge, he said.

“If you’re using a phone that is more than five years old, it’s best to get both the phone and charger checked out by a professional to ensure the integrity of key components,” Fadul said.

Apple responded to the family, calling the phone “vintage”

Leisgang said that his wife contacted Apple regarding the incident, but found the company’s responses “not acceptable.”

She was told that Apple doesn’t expect customers to use its products after seven years and called the phone in question “vintage.”

“What I don’t think Apple realizes is that hundreds of thousands of families don’t trade in their old iPhones and iPads, and keep them for their kids to use at home,” he said.

Still, Leisgang said that he and his wife’s perception of older tech “has definitely changed since the incident” and that they both are more aware of the electronics they let their children use. Even so, they said Apple should educate the public about the potential danger.

“I really think Apple should take some responsibility for this very real hazard and at very least create more awareness,” Leisgang said.

“I worry if this can happen to us then it can happen to anyone and the next person may not be as lucky as our family was to escape a possible house fire and injury to our children.”