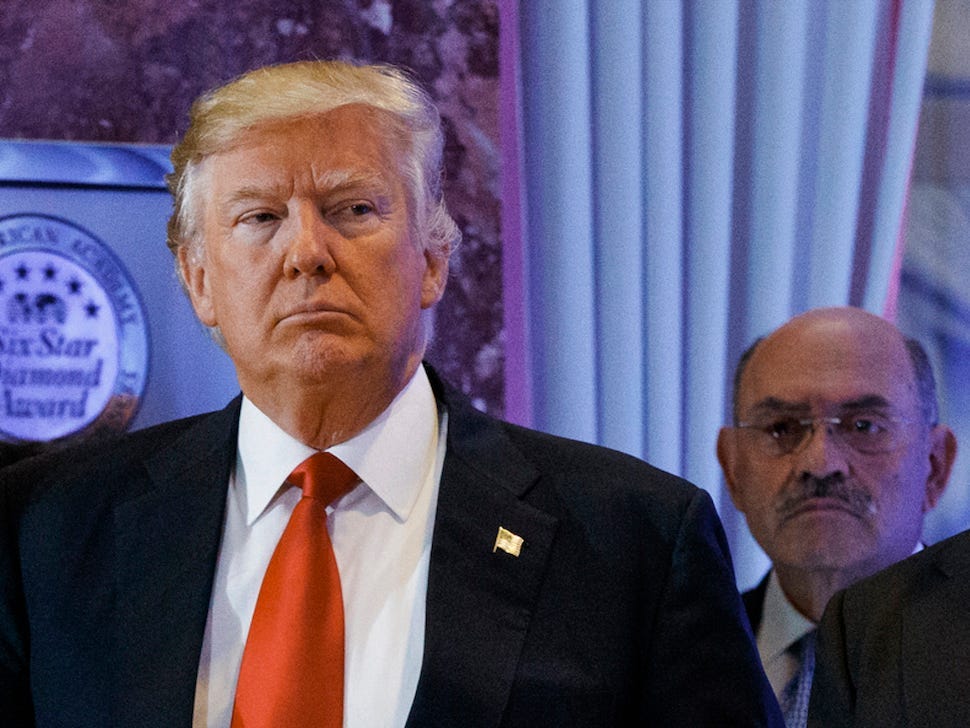 Former President Donald Trump questioned whether not paying taxes is “even a crime” as he lamented that Allen Weisselberg, the Trump Organization’s former CFO, has been jailed.

Trump said that Weisselberg, who pleaded guilty in August to 15 felony counts, including a scheme to defraud, conspiracy, grand larceny, and criminal tax fraud, was “a casualty of the greatest Witch Hunt of all time.”

Weisselberg, 75, was earlier this month sentenced to five months for his role in masterminding a Trump Organization tax dodge scheme.

The scheme saved hundreds of thousands of dollars in taxes for him and a small group of other second-tier executives.

The plea deal also requires Weisselberg to pay more than $2 million in back taxes and penalties.

Weisselberg will serve his sentence at New York City’s notorious Rikers jail, which depending on good behavior, could be cut down to roughly 100 days, his lawyer has said.

Manhattan District Attorney Alvin Bragg said in a press statement after the sentencing that Weisselberg “used his high-level position to secure lavish work perks such as a rent-free luxury Manhattan apartment, multiple Mercedes Benz automobiles, and private school tuition for his grandchildren – all without paying required taxes.”

Weisselberg was sentenced days before the Trump Organization was hit with a $1.6 million fine during the company’s sentencing for its December conviction on payroll-tax fraud.

The former CFO remained loyal to his former employer throughout the trial, continuing to insist that Trump himself did nothing wrong.

Trump also faces a $250 million fraud lawsuit from New York Attorney General Letitia James, as her office alleges that he “falsely inflated his net worth by billions of dollars to further enrich himself and cheat the system.”