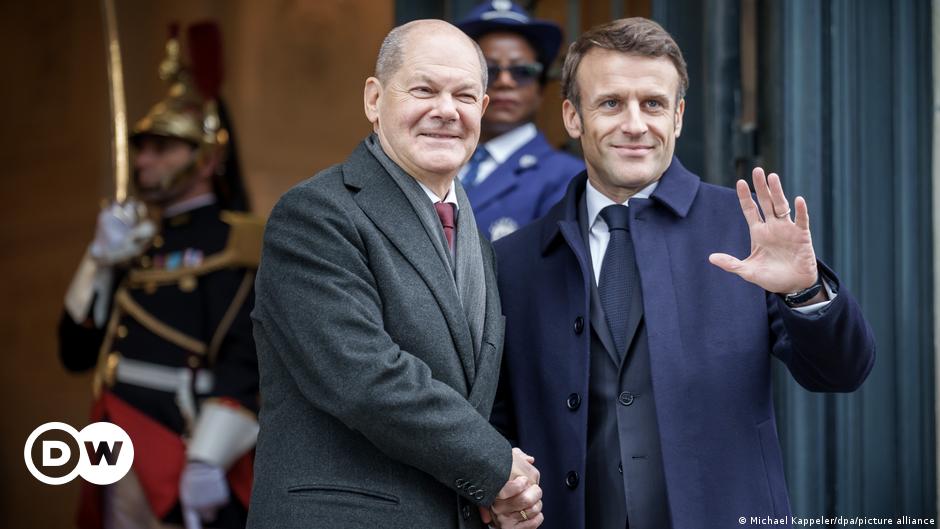 Top government officials from Germany and France are meeting in Paris to pay tribute to the historic treaty that has underpinned six decades of cooperation between their two countries.

German Chancellor Olaf Scholz met with his French counterpart, Emmanuel Macron, in Paris on Sunday to mark 60 years since the signing of the Elysee Treaty.

Speaking at the Sorbonne University, Germany’s Scholz said the future of Europe rested on the “driving force” of Paris and Berlin.

“The German-French engine is a machine for compromise — well oiled, but from time to time also loud and marked by hard work,” the German chancellor said.

Addressing the Ukraine war, Scholz said France and Germany would back Ukraine “as long as necessary.”

The Elysee Treaty between France and Germany, sealed in 1963, laid the foundation for close bilateral collaboration between the two former enemies.

Scholz, Macron, and around 300 lawmakers from both countries gathered at the Sorbonne for a ceremony to celebrate the occasion.

Macron told the audience that Germany and France had “cleared the path to reconciliation,” and must therefore “become pioneers to relaunch Europe.”

He stressed there was a need to “build a new energy model,” encourage “innovation and the technologies of tomorrow,” and ensure the European Union is “a geopolitical power in its own right, in defense, space and diplomacy.”

Ministers from France and Germany to hold joint session

Later in the day, the French and German Cabinets are to take part in a joint Council of Ministers at the Elysee Palace. The two rounds of talks are expected to focus on energy and economic policy, then security and defense. Military aid for Ukraine is also reportedly on the agenda.

The gathering will be the first in-person meeting of its kind between the two governments since 2019. The joint discussions had initially been planned for October but were canceled at short notice, sparking concerns about strained Franco-German relations. Both sides have since reaffirmed their close cooperation.

Scholz and Macron are expected to hold a joint press conference later in the day, followed by dinner at a Paris restaurant.

The Elysee Treaty was signed by then French President Charles de Gaulle and West German Chancellor Konrad Adenauer on January 22, 1963.