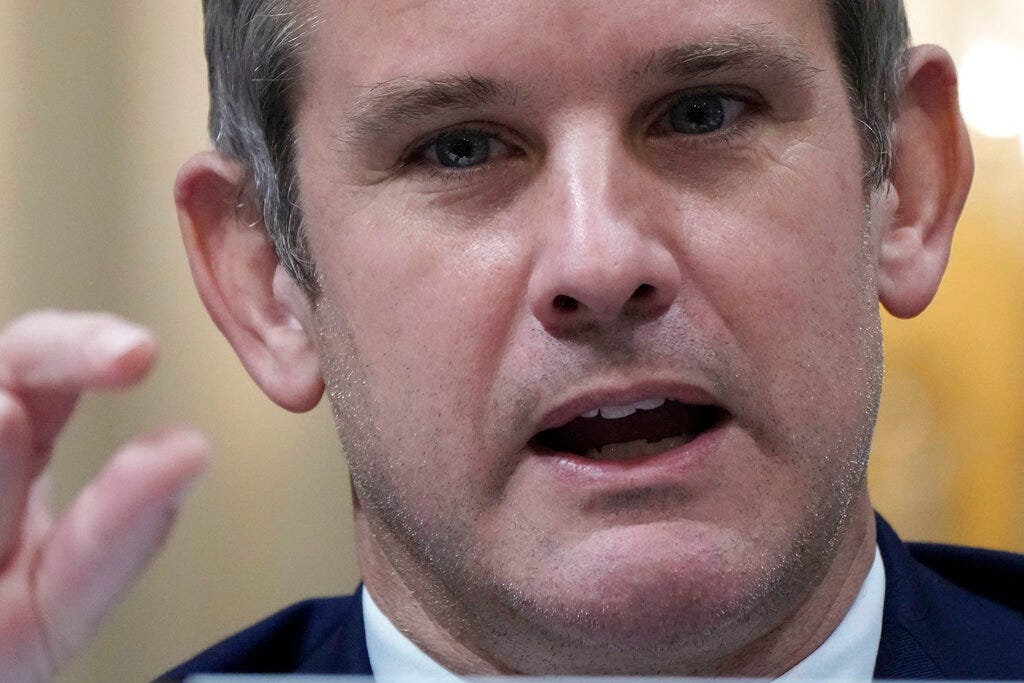 Less than a month removed from serving in Congress, former GOP Rep. Adam Kinzinger of Illinois recently spoke about his “detox” from political life, where he stated that he “thanked God” for not being a part of the contentious series of House votes to elect Rep. Kevin McCarthy of California as speaker.

Kinzinger, who served in Congress for 12 years and became one of the most prominent voices on the House January 6 committee, appeared on Charlie Sykes’ Bulwark podcast in his new capacity as an ex-legislator and a more distant observer of the ins and outs of politics in Washington, DC.

When Sykes asked Kinzinger what he thought about the 15 rounds of ballots spread out over five days which were needed to elect McCarthy as speaker, the former congressman said that the process “wasn’t good” and detailed the difficulties of dealing with such a marathon of lengthy roll call votes.

“Well, I say this with the full understanding that obviously what happened wasn’t good. But it was good that I got to watch that. When you get out of this job, it’s like, ‘Okay, are you going to miss it? Are you going to feel irrelevant?'” Kinzinger said.

“I knew what it would be like to be on the floor and I just thanked God that I was not there,” he continued to say. “Going through one speaker vote, Charlie, is painful — 435 names called, it’s hot on the floor, half the people you don’t like to be around, going through that many with that rising pressure.”

Kinzinger remarked that a part of him “felt” what it would have been like to have been in the House chamber, while also critiquing that GOP moderates could have exerted more influence in shaping the party’s rules governing the lower chamber — a card that they could have played as Republicans only hold a slim 222-212 House majority.

The former congressman then blasted the ultraconservative Freedom Caucus, which he mockingly calls the “Freedom Club,” as they leaped at the opportunity to extract concessions from McCarthy — helping shape House rules and gaining seats on prominent congressional committees.

“The part of me that wasn’t detoxed yet, I felt what it was like, what we’ve been going through, which is like looking and saying, ‘Okay, the Freedom Club, is extracting all this and the moderates have so much power that they’re never willing to use.”

Kinzinger in the past been highly critical of McCarthy, with whom he once shared a friendship.

Last November, the former congressman told Sykes that House Republicans would have a “totally nonfunctional majority” as a result of their underperformance in the 2022 midterm elections.

And he also called out McCarthy’s early stumbles in locking down the votes for his speakership.

“This couldn’t happen to a nicer guy,” Kinzinger said of McCarthy’s struggles in rallying the far-right wing of the party shortly after the midterm elections. “I used to be great friends with Kevin McCarthy. He’s been the biggest disappointment of my life.”