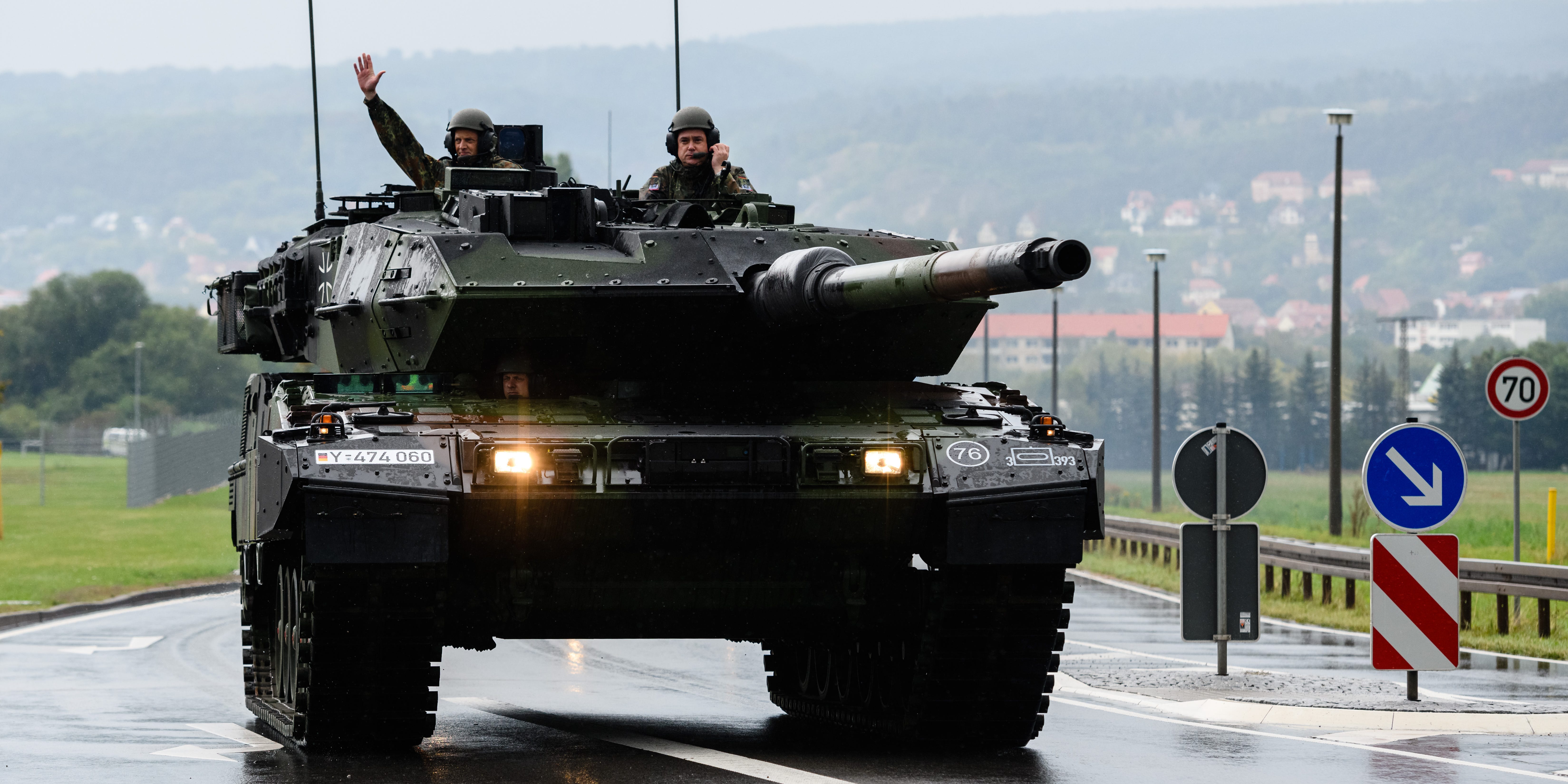 A Leopard 2 A7V battle tank prior an event to mark the reception of the first units of the new tank on September 15, 2021 in Bad Frankenhausen, Germany.

NATO members and other European partners are pressing Germany to green light the transfer of Leopard tanks to Ukraine, which is in need of heavy armor.

One military expert said the much-sought-after tanks are the “right” tanks to send to Ukraine at this moment and would be “militarily useful” depending on how many are sent, but don’t expect them to be a “silver bullet.”

Germany has been reluctant to send its Leopards or permit other countries that operate the German-made armor to send tanks to Ukraine, and some countries are growing impatient. Poland, for instance, previously suggested it might go rogue and act without German approval. The foreign minister said on Monday that while Warsaw will seek Germany’s permission, his country will “certainly” send the formidable Leopard tanks to Ukraine.

“We will be in touch with the German government about it, but regardless of the decisions of other countries, we are more than determined, as we promised the Ukrainian side, to send the tanks,” Minister of Foreign Affairs Zbigniew Rau, whose country has led the push to send the German-made Leopards to Kyiv, told reporters in Brussels.

German Foreign Minister Annalena Baerbock indicated on Sunday in an interview with French television that if Poland asked for Germany’s permission to send tanks to Ukraine, Berlin would not object. Her remarks came after a slew of senior European officials called upon Berlin to show a sense of urgency on this matter and allow the delivery of the tanks.

Leopards are the ‘right tank to send’

The Leopard 2 main battle tank was developed in the 1970s and has had operational experience in Afghanistan, Syria, and Kosovo. It weighs about 70 tons but can travel up to 44 mph, has composite armor with ballistic and mine protections, and is armed with a 120 mm cannon, machine gun, and automatic grenade launchers.

Leopards are highly mobile and are a “little bit easier to maintain” than the American M1 Abrams, Deputy Pentagon Press Secretary Sabrina Singh told reporters at a briefing last week, adding that “they can maneuver across large portions of territory before they need to refuel.”

Mark Cancian, a retired US Marine Corps colonel and a senior advisor with the Center for Strategic International Studies security program, told Insider that the Leopard “is the right tank to send,” as opposed to the British Challenger 2 or the M1 Abrams. Around 2,000 Leopards have been produced, and they could be sent to Ukraine in mass quantities at a quicker speed than other Western tanks. 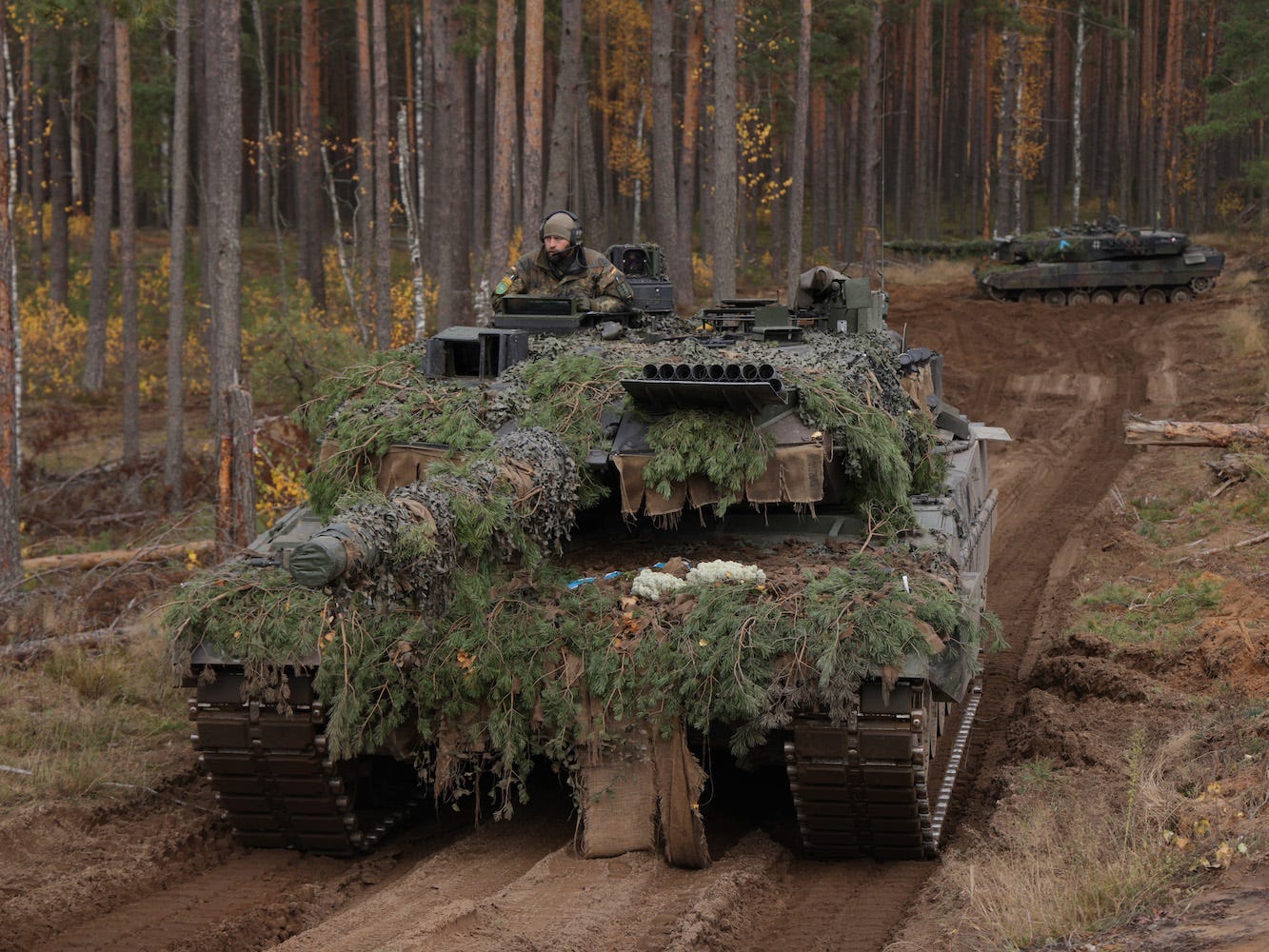 If Leopard tanks do eventually make their way to Ukraine, it doesn’t necessarily mean that they’ll break open the front lines, Cancian said. But they would help during a Ukrainian offensive — a maneuver during which tanks can provide their most utility because they give a boost in firepower, protection, and mobility.

Indeed, Leopard tanks “would be militarily useful depending on how many were sent,” he said. European countries would need to send a “fairly large number” of these weapons — like 100 or 200 — to Ukraine. “Sending 15 [tanks] from Poland has an important psychological and political effect, and that should not be ignored, but it won’t have a significant battlefield effect,” he added.

There’s no ‘silver bullet’ to win the war

Ukraine, which has mainly relied on Soviet-era tanks, has for months been squaring off against Russian T-72, T-64, T-80, and T-90 tanks, according to Oryx, an open-source intelligence site that tracks war losses on both sides.

Leopards — like other NATO tanks — have the potential to bring a “fire control” advantage to the battlefield, Cancian said. These weapons can spot and hit targets at longer ranges than Moscow’s forces can because they have more sophisticated sighting and aiming mechanisms.

That said, there’s “no silver bullet out there,” Cancian explained. There is no weapon that can be sent to Ukraine or training program that will guarantee a win in the war. Rather, it’s the accumulation of all the military aid — like tanks, air defense systems, and artillery — that would give Kyiv an upper hand to expel the Russians from its territory.

And security assistance continues to pile up. Western countries have rushed to commit to providing Ukraine with lots of armor vehicles in the first few weeks of this year, with five countries announcing recently their intention to send armored combat vehicles to Kyiv.

Ukraine has repeatedly urged countries to provide it with tanks that could help Kyiv make progress in what has turned into a grinding and slow-moving 11-month-long war. Gen. Mark Milley, chairman of the Joint Chiefs of Staff, said last week that the war is currently a “very, very difficult fight,” with a relatively “static” front line.