The global auto industry has committed $1.2 trillion to developing electric vehicles (EVs), providing a golden opportunity for new suppliers to grab contracts providing everything from battery packs to motors and inverters.

Startups specialising in batteries and coatings to protect EV parts, and suppliers traditionally focused on niche motorsports or Formula One (F1) racing, have been chasing EV contracts. Carmakers design platforms to last a decade, so high-volume models can generate large revenues for years.

The next generation of EVs is due to hit around 2025 and many carmakers have sought help plugging gaps in their expertise, providing a window of opportunity for new suppliers.

“We’ve gone back to the days of Henry Ford where everyone is asking ‘how do you make these things work properly?’,” says Nick Fry, CEO of F1 engineering and technology firm McLaren Applied.

Bought from McLaren by private equity firm Greybull Capital in 2021, McLaren Applied has adapted an efficient inverter developed for F1 racing for EVs. An inverter helps control the flow of electricity to and from the battery pack.

The silicon carbide IPG5 inverter weighs just 5.5 kg (12 lb) and can extend an EV’s range by over 7%. Fry says McLaren Applied is working with around 20 carmakers and suppliers, and the inverter will appear in high-volume luxury EV models starting January 2025.

Mass-market carmakers often prefer to develop EV components in-house and own the technology themselves. After years of pandemic-related parts shortages, they are wary of over-reliance on suppliers.

“We just can’t afford to be reliant on third parties making those investments for us,” said Tim Slatter, head of Ford (F.N) in Britain.

Traditional suppliers, such as German heavyweights Bosch and Continental (CONG.DE), are also investing heavily in EVs and other technologies to stay ahead in a fast-changing industry.

But smaller companies say there are still opportunities, particularly with low-volume manufacturers that cannot afford huge EV investments, or luxury and high-performance carmakers seeking an edge.

Croatia’s Rimac, an electric hypercar maker part-owned by Germany’s Porsche AG (P911_p.DE) that also supplies battery systems and powertrain components to other automakers, says an undisclosed German carmaker will use a Rimac battery system in a high-performance model – with annual production of around 40,000 units – starting this year, with more signed up.

“We need to be 20%, 30% better than what they can do and then they work with us,” CEO Mate Rimac says. “If they can make a 100-kilowatt hour battery pack, we must make a 130-kilowatt pack in the same dimensions for the same cost.”

Some suppliers like Cambridge, Massachusetts-based Actnano have had long relationships with EV pioneer Tesla (TSLA.O). Actnano has developed a coating that protects EV parts from condensation and its business has spread to advanced driver-assistance systems (ADAS), as well as other carmakers including Volvo (VOLCARb.ST), Ford, BMW (BMWG.DE) and Porsche.

California-based startup CelLink has developed an entirely automated, flat and easy-to-install “flex harness”, instead of a wire harness to group and guide cables in a vehicle. CEO Kevin Coakley would not identify customers but said CelLink’s harnesses had been installed in around a million EVs. Only Tesla has that scale.

Coakley said CelLink was working with U.S. and European carmakers, and with a European battery maker on battery wiring.

Others are focused on low-volume manufacturers, like UK startup Ionetic, which develops battery packs that would be too expensive for smaller companies to make themselves.

“Currently it costs just too much to electrify, which is why you see some manufacturers delaying their electrification launch,” CEO James Eaton said.

Since 1971, Swindon Powertrain has developed powerful motorsports engines. But it has now also developed battery packs, electric powertrains, e-axles and is working with around 20 customers, including carmakers and an electric vertical take-off and landing (eVTOL) aircraft maker.

“I realized if we don’t embrace this, we’re going to end up working for museums,” said managing director Raphael Caille.

But time may be running out.

Mate Rimac says major carmakers scrambled in the last three years to roll out EVs and now have strategies largely in place.

“For those who haven’t signed projects, I’m not sure how long the window of opportunity will remain open,” he said. 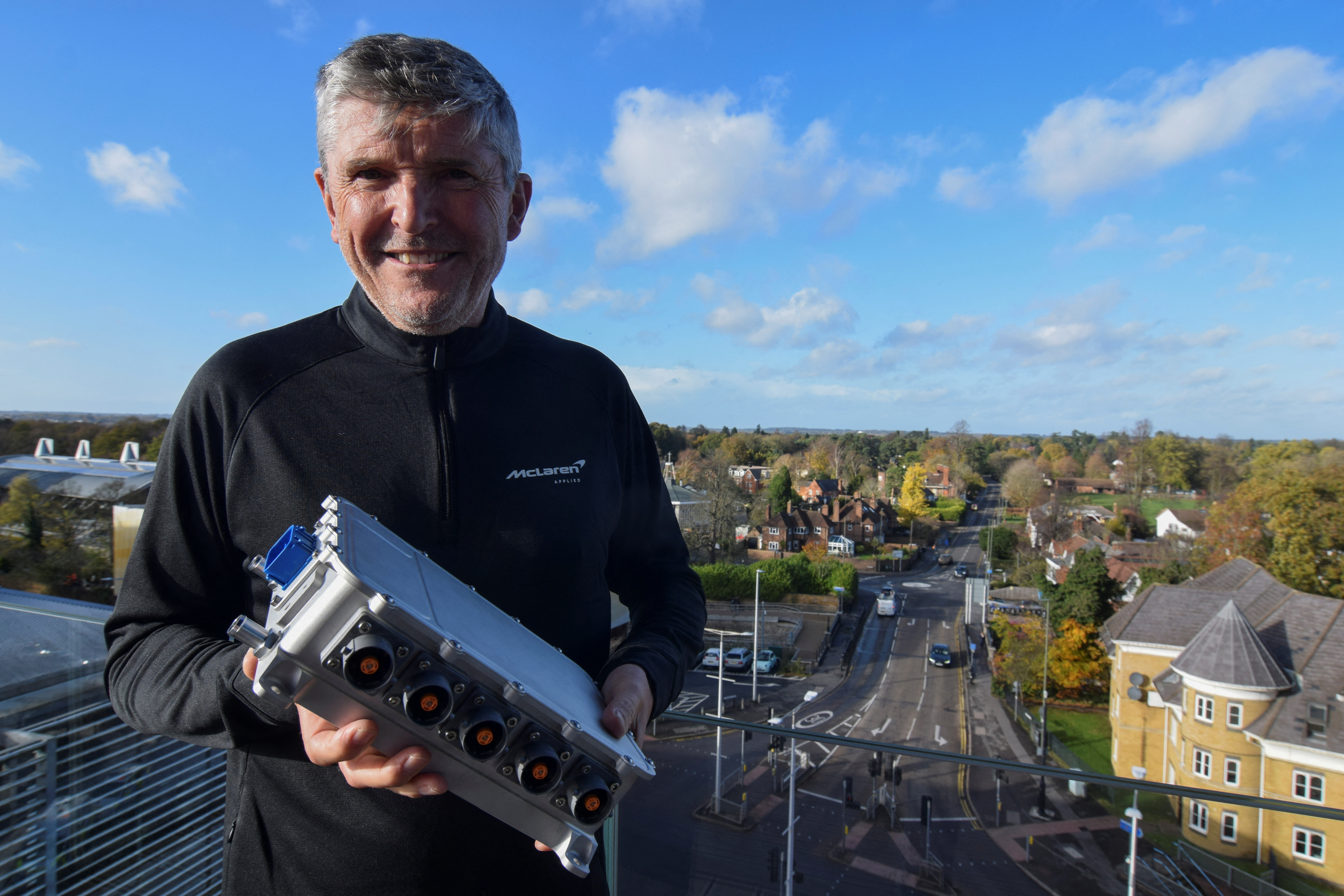 Nick Fry, chief executive of McLaren Applied, holds the IPG5 inverter the Formula One engineering and technology firm has developed for luxury carmakers and which will start appearing in premium electric vehicles in January 2025 in Woking, Britain, November 23, 2022. REUTERS/Nick Carey 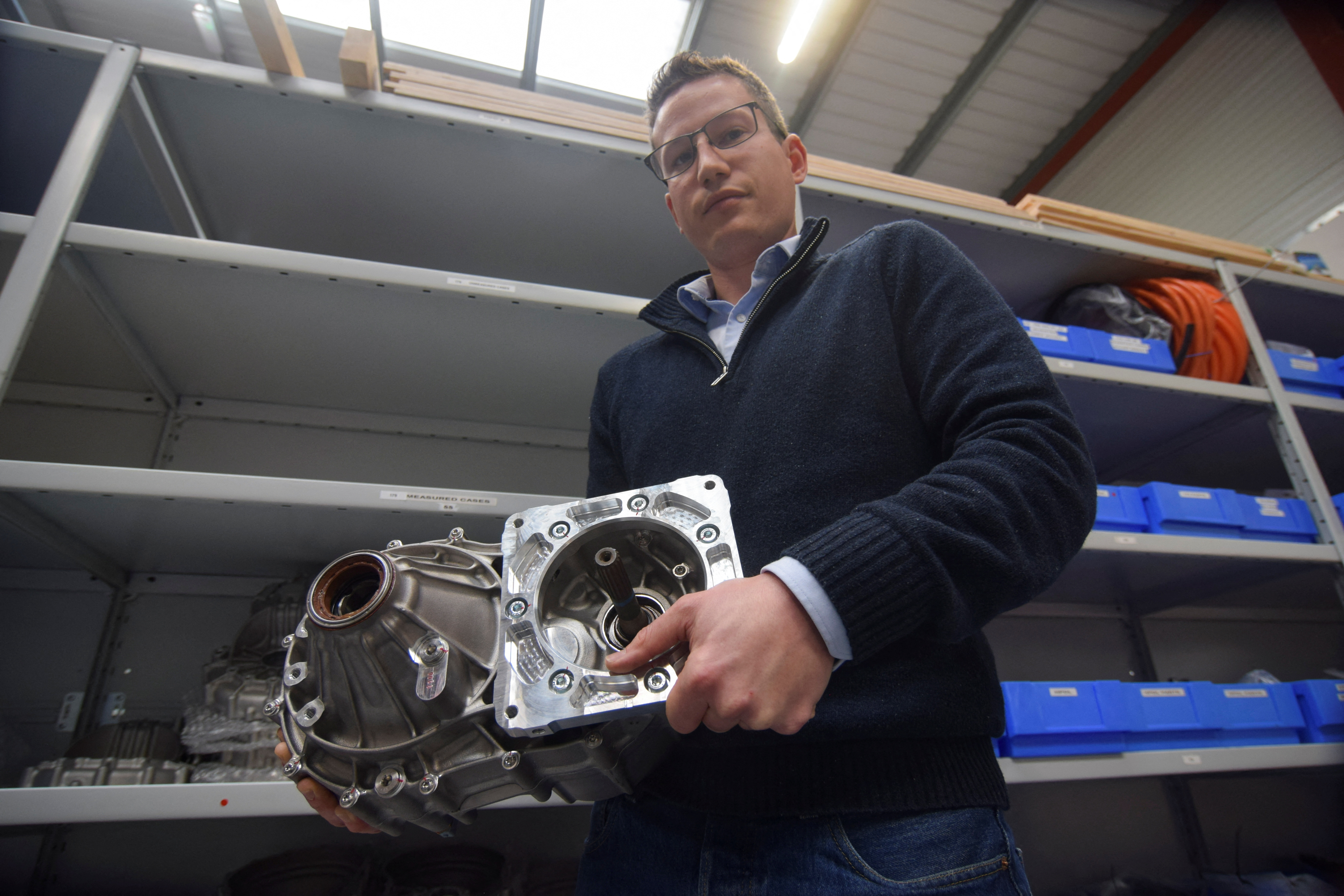 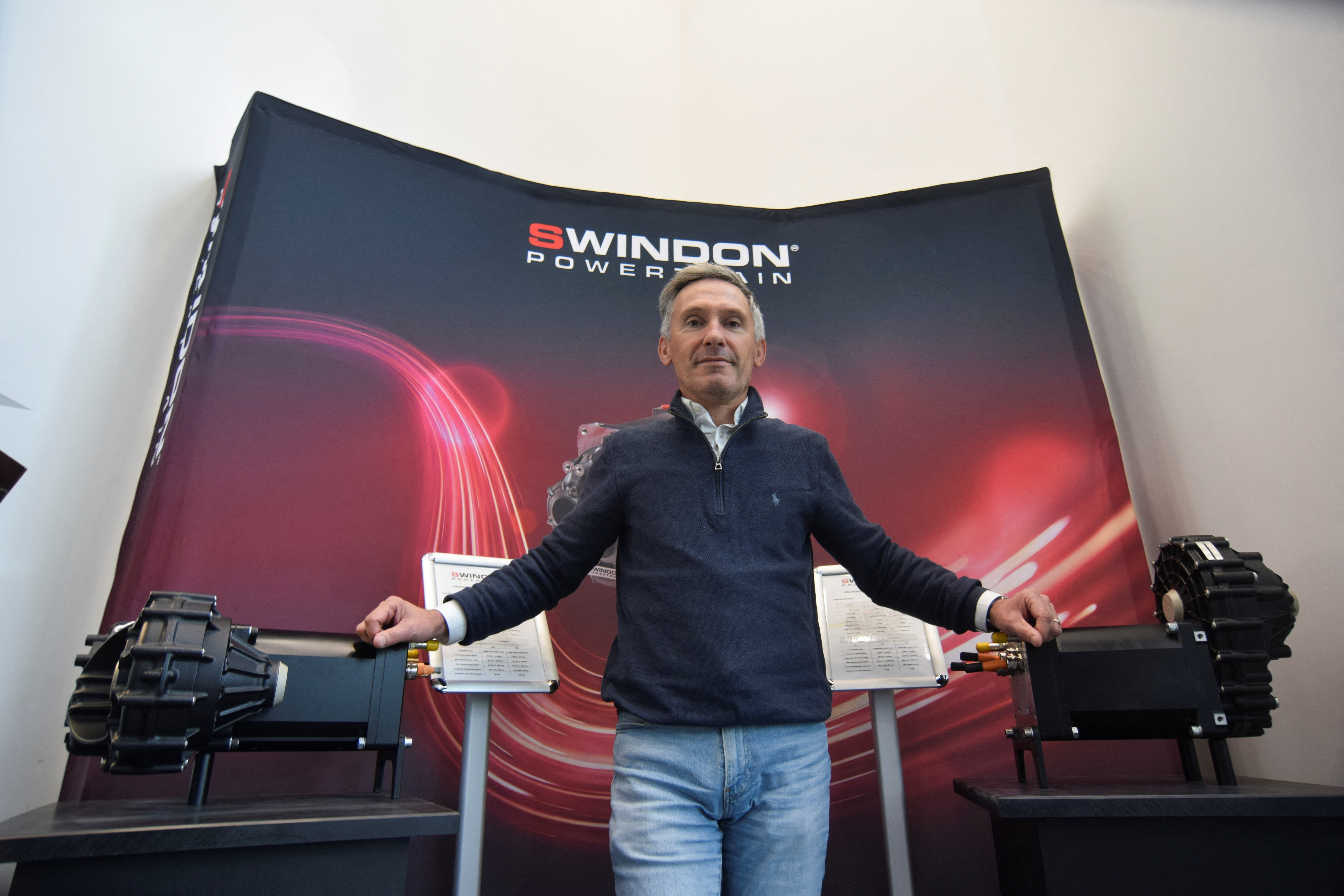