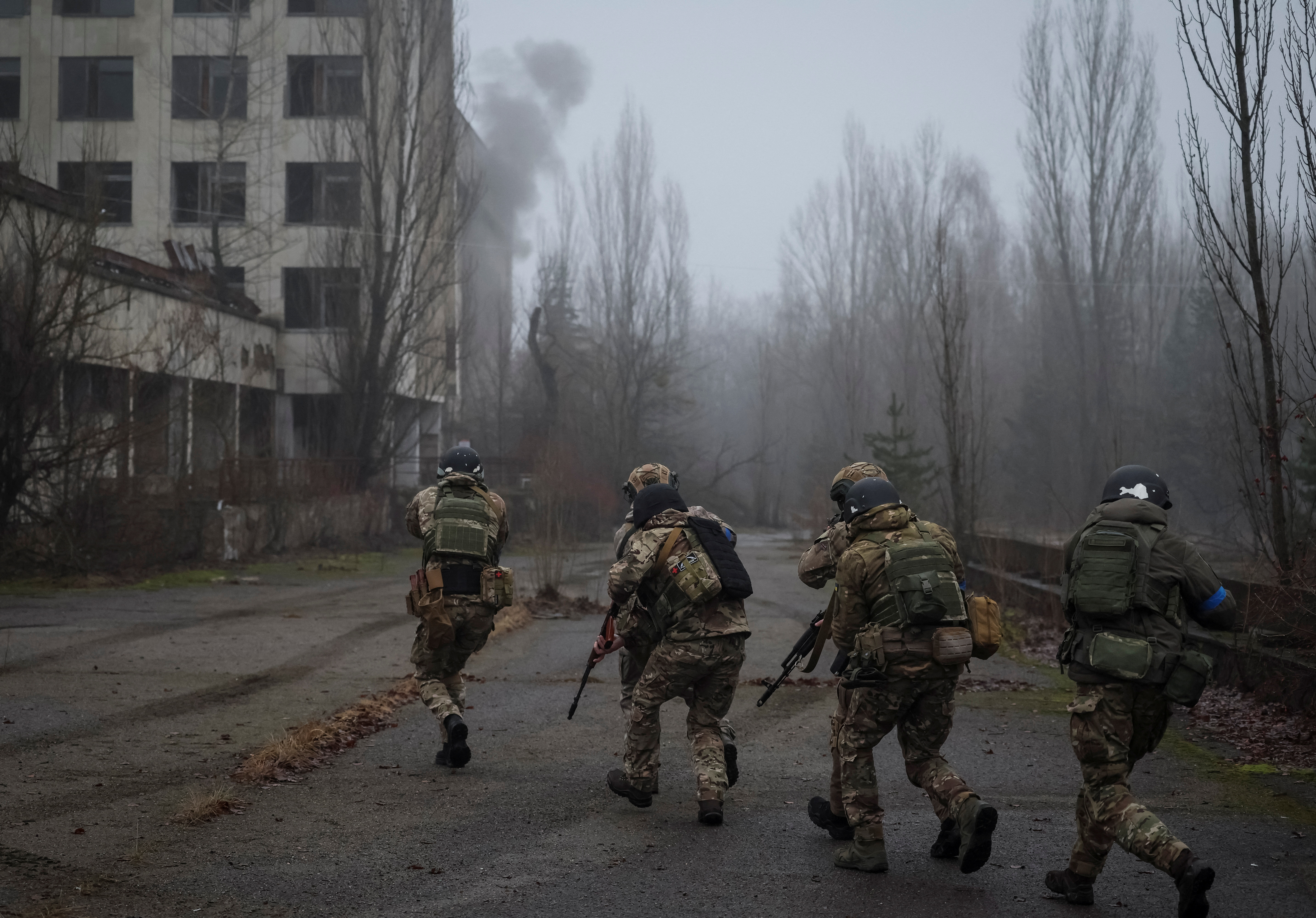 Ukrainian servicemen attend a joint drills of armed forces, national guards, border guards and Security Service of Ukraine (SBU) at the border with Belarus, amid Russia’s attack on Ukraine, near the Chernobyl Nuclear Power Plant, in the abandoned city of Pripyat, Ukraine January 20, 2023. REUTERS/Gleb Garanich

Russia’s foreign intelligence service (SVR) on Monday accused Ukraine of storing Western-supplied arms at nuclear power stations across the country, an allegation dismissed as untrue by a senior Ukrainian official.

The Russian spy agency provided no evidence and Reuters was unable to verify the claims.

“The Ukrainian armed forces are storing weapons and ammunition provided by the West on the territory of nuclear power plants,” it said, adding that an arms shipment to the Rivne power station had taken place in the last week of December.

Asked about the report on Monday, Kremlin spokesman Dmitry Peskov said the claims demonstrated the importance of maintaining dialogue with the United Nations’ nuclear watchdog, the International Atomic Energy Agency.

However, Peskov said there were currently no plans for a meeting between IAEA head Rafael Grossi and President Vladimir Putin.

“Ukraine has never stored any weapons on NPP territory, as falsely claimed by Russia’s Foreign Intelligence Service. On the contrary, the Russian Federation seized the Zaporizhzhia nuclear power plant and keeps its military there,” he said on Twitter.

Podolyak said that Ukraine remained “open to inspecting bodies, including the IAEA” and that “Russian lies are aimed to justify their provocations”.

Both Kyiv and Moscow have accused each other of shelling Zaporizhzhia. Ukraine also says Russia is using the site as a de facto weapons depot.

The IAEA has expressed grave concerns over attacks near the plant, warning of the risk of a nuclear disaster.